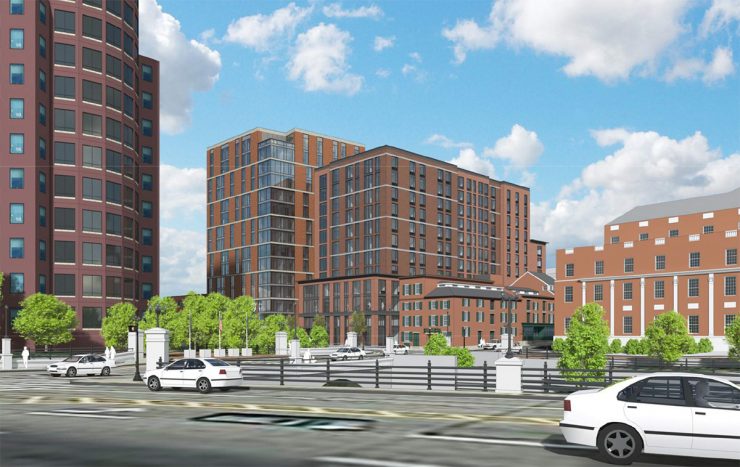 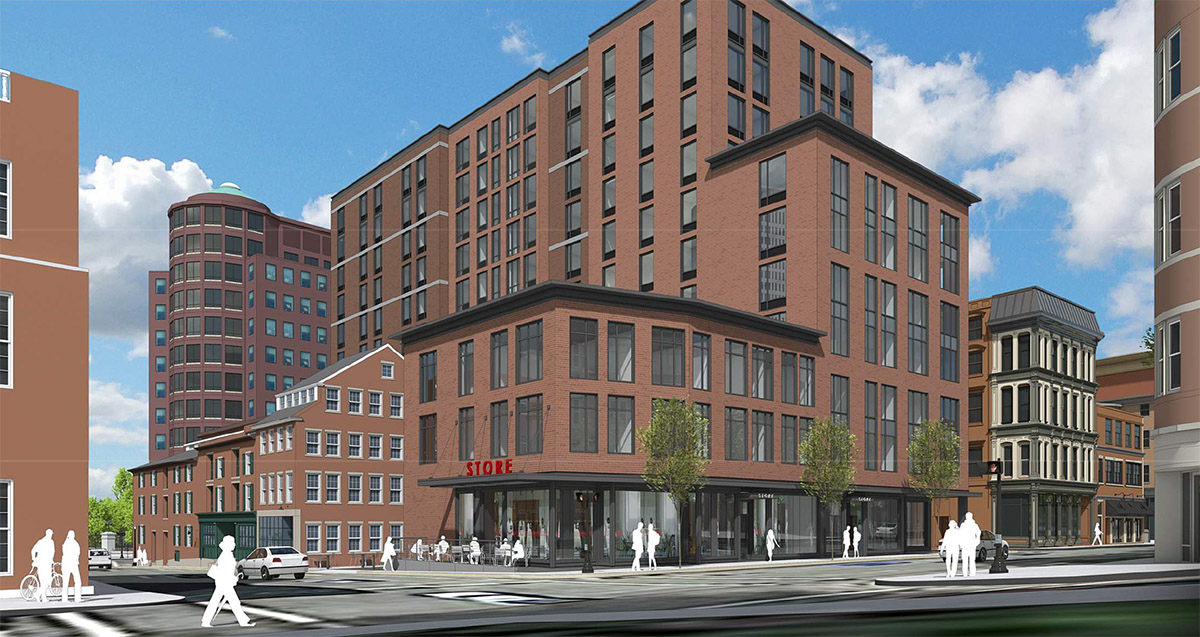 With a design that reflected reduced height and other concessions to unhappy neighbors, the Edge College Hill Two building won a conceptual approval Monday from the city’s Downtown Design Review Committee.

Initially, many neighbors on College Hill who spoke at public meetings were opposed to the size of the new building. By Monday, with a reduced size, most in the committee’s audience were in favor of the project.

The latest revision would take the building facing North Main Street down to a level of five stories, rather than seven.

I think this is a good compromise to bring the North Main Street side down to a scale that people feel comfortable with, but allowing the Canal Street side to rise up to 11-stories, which is consistent with other buildings in the area.

This project will still need to go back to DRC for final design approval, but it seems with this approval, the issues that were jeopardizing this project, have been put to rest. 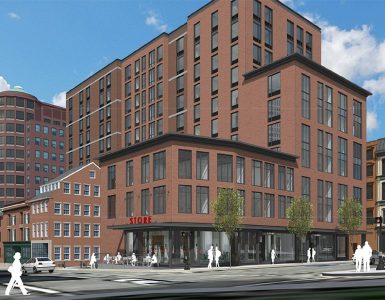 The DRC reviews facade changes at 275 Westminster Street, signage for the hotel at the Fogarty Building site, and design and waivers for the Edge College Hill 2 project proposed on Canal Street at their May 14th meeting. 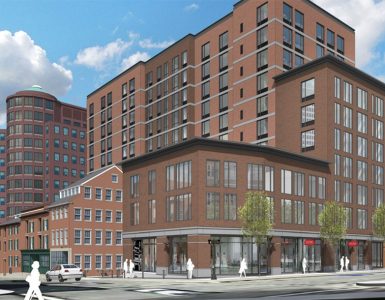 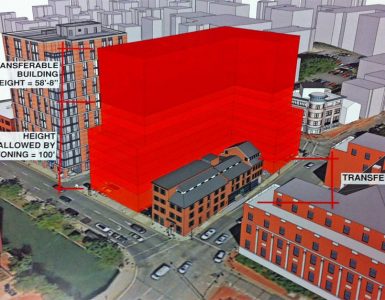