I’m on the Downtown Neighborhood Alliance mailing list and received their minutes from their last meeting today. Below are some items of interest from those minutes. 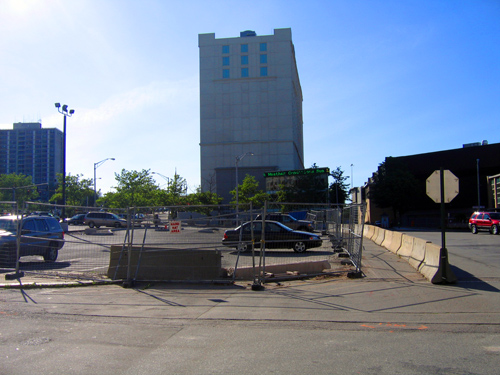 Once the former Police and Fire Station was demolished, certain promises were made on how to beautify and treat the land in the time before a buyer came along.

It’s been stalled for a while with all sides saying “Who us? We don’t know, ask them.” So we put Sue LaPidus on it. (cue: the Law & Order theme song).

First, Sue at least got them to shut off their painfully bright lights that were blasting into the Regency (probably saved them money too).

She also kept asking people with the city what was going on and checking in about next steps.

The space can only be kept a lot until next Sept and you can only plant things downtown before a certain day (or else they’d freeze and die) so we’re losing time!

But with Sue’s hard work we have some decisions, trees are being planted now and the planters we’ll need in warmer weather are being built. There will even be people assigned to keep it all clean. We’ll keep an eye on this to make sure it happens. But good news that there’s been some progress. Thanks Sue!

OK, promises weren’t made, there are actual laws on the books regarding landscaping requirements for parking lots. What I’ve heard is that TPG has been crying poor (up to $30 event parking poor) to get out of these requirements. I’m glad the DNA has someone on the case here and hope to see the fruit of their efforts soon.

On the retail/restaurant front, we learn about:

The new smallest restaurant in Providence, Tini. ProJo has the review, at least until our resident foodie Bret makes his way there. 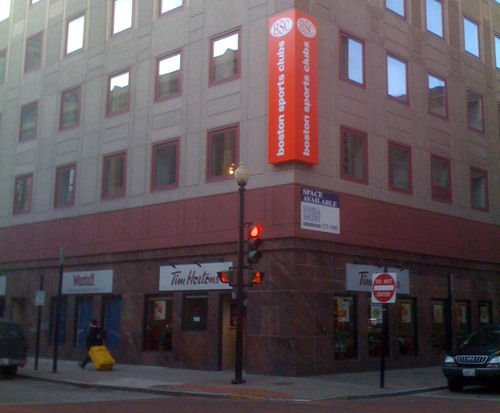 Boston Sports Club opens on Westminster Street (and at Eastside Marketplace) in January. My boyfriend has signed up (I have not).

Mediterranean restaurant Ardeo is coming to the Union Station Plaza location most recently occupied by Rafael’s soon. Apparently Ardeo has a number of locations on Cape Cod, I’m from the Cape and not familiar with them, so they must be relatively new (relatively as in the last 16 years since I left the Cape).

And most importantly, Craftland opens December 5th at Union and Westminster. 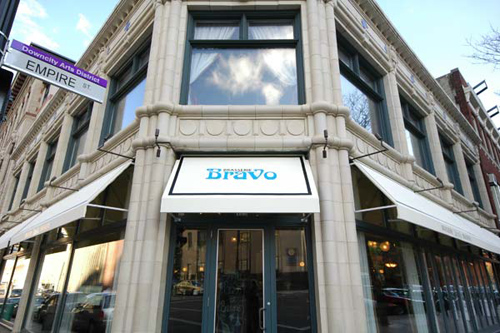 And finally, let’s put a rest to the rumors about Bravo. Yes, they have had some financial difficulties due to some internal management issues. The business end is being reorganized and new management has been put in place. The restaurant is now open Mondays. So everyone get out and enjoy my favorite Downcity restaurant, mmmmm Croque-Madame.

Could the schools help provide needed transit for Downtown?

In the comments section of the post about the Route 195 surplus land redevelopment report there is an interesting discussion (recommended reading) going on about dividing the parcels into smaller lots to create a more...