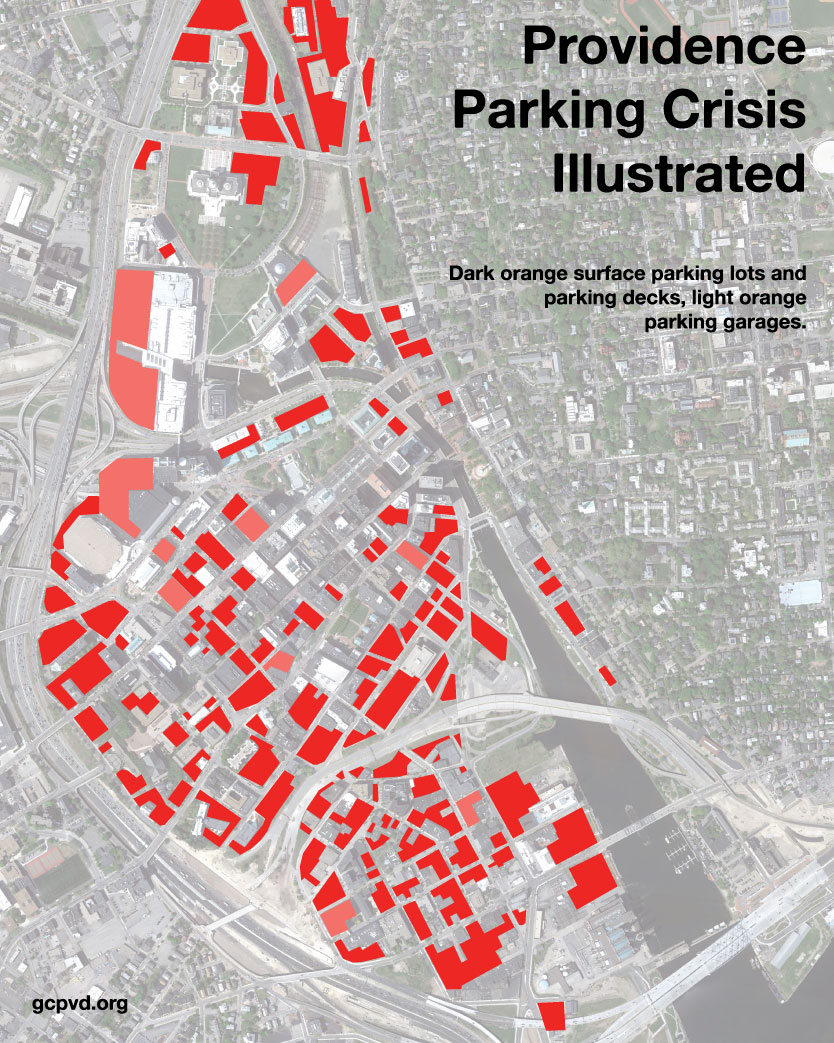 When the future of Downcity is discussed, through planning and charrette processes, one of the hottest topics is parking, or the lack thereof. The parking situation has been described at times as a “Crisis.” Above is an illustration of our “Parking Crisis.” Now not all of these lots and garages are open to the public, some are devoted to individual businesses or residences, but parking for businesses and residence is part of the crisis discussion.

We do have issues with our parking situation, the lots and garages that are open to the public rarely have clear displays of their hours or rates, and more often than not attempt to gouge potential customers during special events (check out the event rates near the Dunk when something like American Idol is in town). I think what this illustration shows though, is that our crisis is not one of capacity, we have plenty of spaces to park cars.

I think the important distinction, and part of the crisis attitude, is that very little of this parking is free. As Americans, we’ve become accustomed to ample and free parking. We do have free on-street parking, and this illustration does not show the multitude of on-street parking spaces.

Of course what we often fail to talk about is the option of people not even bringing their cars into the city in the first place. While we have a good bus system for an American city our size, it is not terribly convenient even for people who live in the city to use to get downtown, nevermind the people arriving from the suburbs and Massachusetts. If you come into the city for dinner or drinks or a show or to go to the clubs, buses can’t be relied upon to get you home when you’re done. With many buses ending service around 8-9:00pm, we can hardly rely on that as an option to draw people into our city to enjoy our nightlife.

The other issue is American’s attitudes about where they think they should be able to park. Downcity is what, one square mile? Really you could park anywhere and walk to your final destination. However people circle the block of their destination and get angry when they can’t park (for free) within yards of where they are going.

I think the cure for the crisis is a combination of regulations to get parking lot/garage owners to have clear information about hours and pricing, improved public transit so that those of us who want to leave their cars at home can, and frankly, a change in attitude.

What do you think about the Downcity parking situation?