This morning’s sidewalks are rather typical in the cycle of snow removal in Providence. Every year I rant, and every year a large part of that rant is the fact that the sidewalks at Garibaldi Park on Atwells Avenue and the Atwells Avenue overpass sidewalk are not clear. Both are the responsibility of our government, the park being the city and the bridge ultimately the state (I believe).

So every year I rant and an odd things happens, the last big storm of the year, the sidewalks magically get cleared. 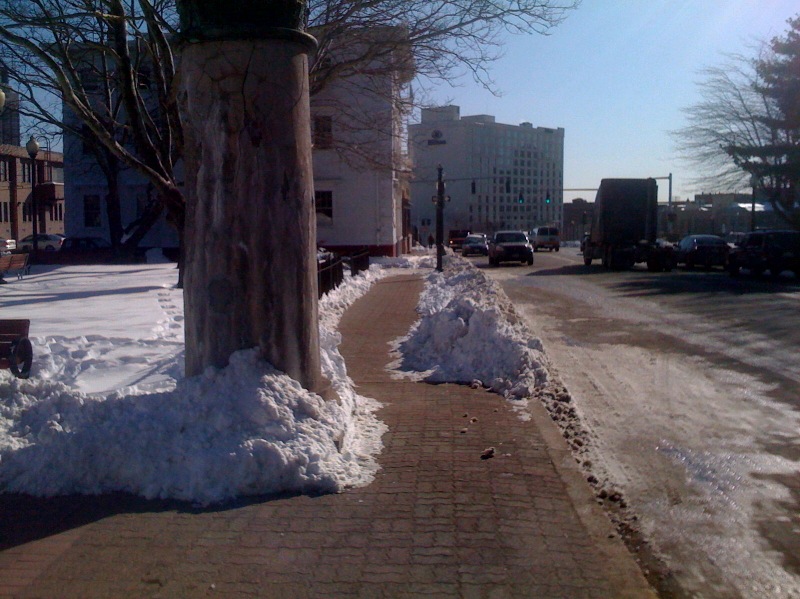 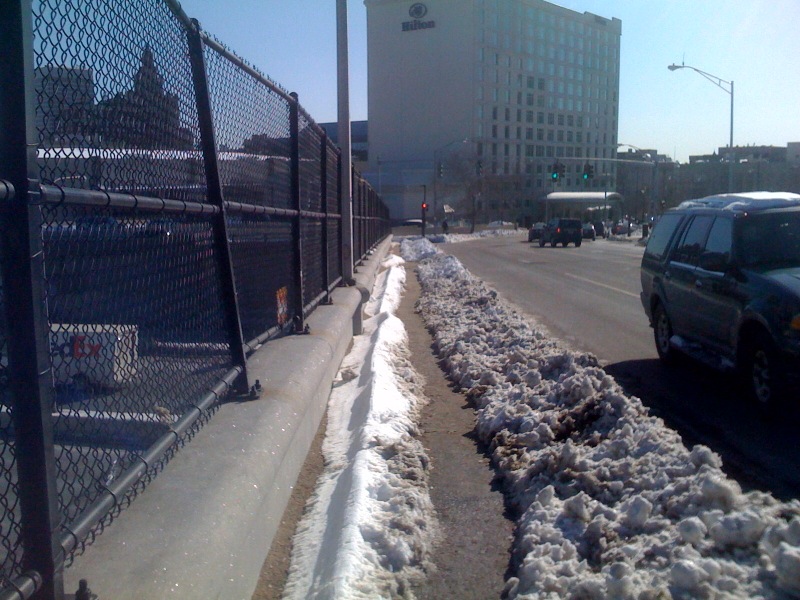 But then next year it starts snowing again and the sidewalks never get cleared. What’s up with that?

The rest of my commute is pretty good sidewalk-wise considering the magnitude of this week’s storm. Atwells Mini Mart hasn’t cleared their sidewalks per usual. There’s a number of places where the sidewalks have been cleared to the property line, but not to the corner. Within the law but stupid and annoying, especially when it is restaurants and retailers that are doing it. I mean you can’t shovel an extra 4 feet to ensure that your customers can reach you? Really.

Mostly it is vacant storefronts that are unshoveled. Though not having a tenant does not absolve the owner from responsibility. Also some areas like traffic islands are not cleared properly. Walk across the Atwells Bridge above and on the Downcity side there is a triangle island that is not cleared. So you need to climb the snow pile or walk in the road to reach the sidewalk in front of the Hilton.

Though it may well could snow again, it is not too soon to crown the gold medal winner for sidewalk clearing this year (at least on Atwells). While Prov-Mart and Chef Ho’s are certainly in very close contention (and Bombay Club is right up there), without a doubt, Angelo’s gets the gold star. This is 7:30am Monday morning, peak of the storm, it was snowing at least an inch an hour at this point and LOOK at that sidewalk. It is clear!

Who are the gold medal winners, and hall of shame contenders in your neighborhood?