Via Rep. Segal and the Providence Daily Dose:

For any urbanists out there - The House Corporations Committee will be hearing legislation today to require that developers who want to demolish historic buildings post bond with the city in question, to be returned upon completion of the new project. It’s inspired by all of the recent demos in downtown Providence, and our spiffy new surface parking lots.

The bill is written pretty broadly right now, and so the language will likely be augmented, but anybody who’s concerned about this issue should feel free to come out and testify about the detrimental effects of all of the wanton demolition in Providence, and help establish that this widespread pratice is a real concern in our downtown core and other parts of the city. 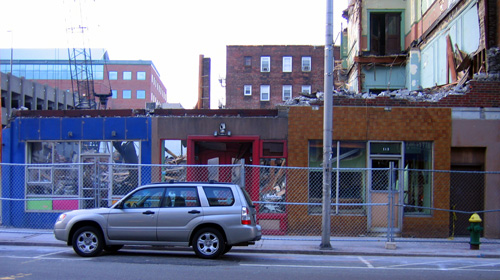 Former home of New Japan, Cuban Revolution, and Talk of the Town | Photo by Jef Nickerson 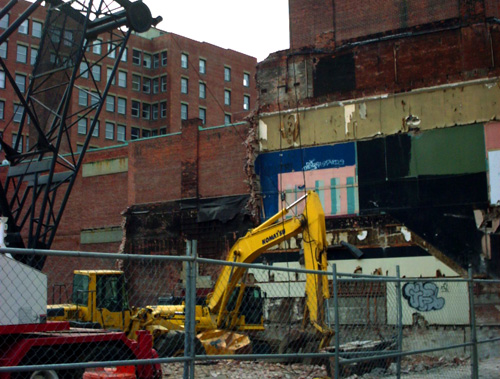 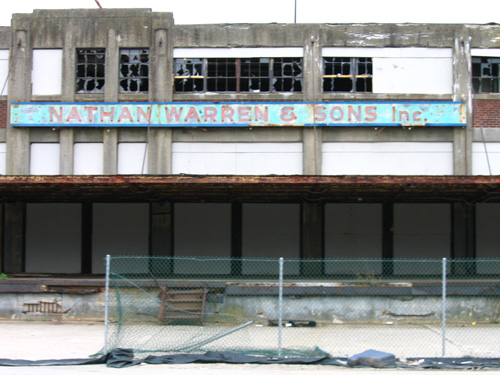 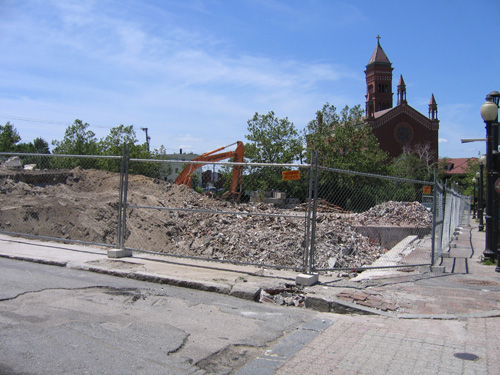 Head over to the Daily Dose to see what Rep. Segal is up to lately. Of special interest to readers here, is the Demolition Bonds Bill: H7584 would allow cities and towns to require demolition bonds and other assurances...