Pedestrian bridges of the world

As we are discussing the future Providence River Pedestrian Bridge, I thought it may be helpful to look at some existing pedestrian bridges aroung the world. Through the magic of Flikr, here are some: 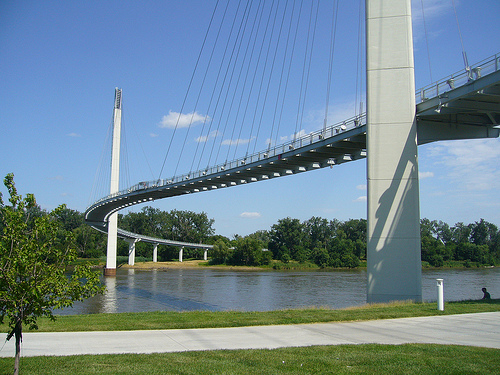 The Bob Kerrey Pedestrian Bridge between Omaha, Nebraska and Council Bluffs, Iowa is a 3,000 foot cable-stayed span across the Missouri River. This differs from the Providence River in that it is engineered to cross the river in one jump (the longest span being 506 feet), and with a 52 foot clearance is designed to clear river traffic that the Providence River does not have. It’s S-curve is pretty sexy though. 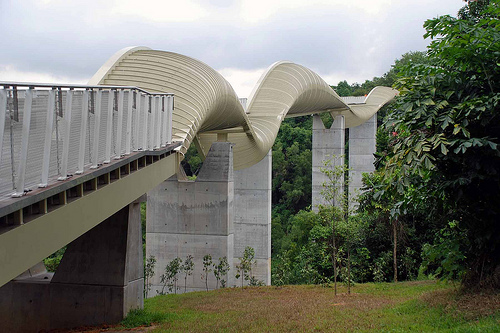 The bridge has a wave-form made up of seven undulating curved steel ribs that alternately rise over and under its deck. The curved ribs form alcoves that function as shelters with seats within. Slats of yellow balau wood, an all-weather timber found in Southeast Asia, are used in the decking. The wave-forms are lit with LED lamps at night from 7pm to 2am daily. 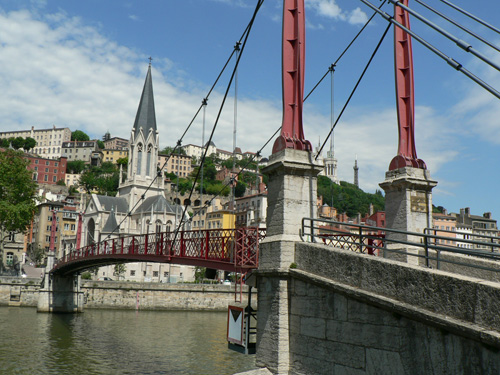 Lyon, France’s Passerelle Paul Couturier originally built in 1853 and rebuilt after being destroyed in 1944 is an 87 meter span across the River SaÃƒÂ´ne. 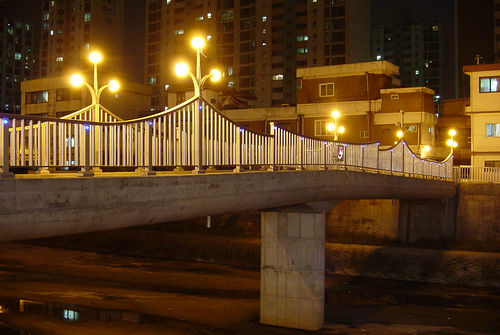 This unidentified bridge in Seoul, South Korea is ornamented through it’s railing and lights on the railing rather than structures such as cable-stays or arches. 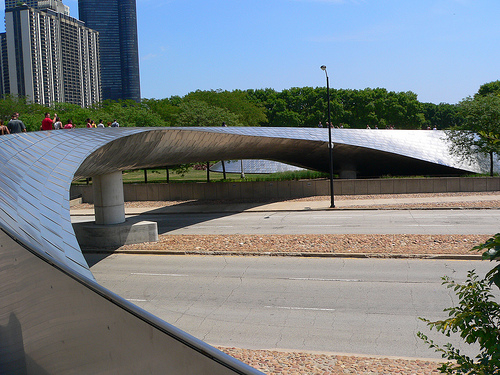 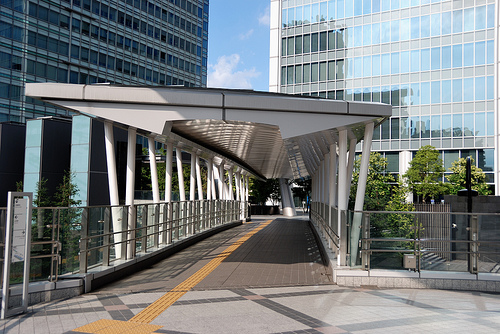 This bridge connecting to a train station in Osaka, Japan features a roof to protect pedestrians from the elements. I’m not convinced that the Providence River Bridge need be covered, but some sort of wind-breaks and small sheltered areas along the path may make it more attractive, especially in the winter when the winds are whipping up the bay. 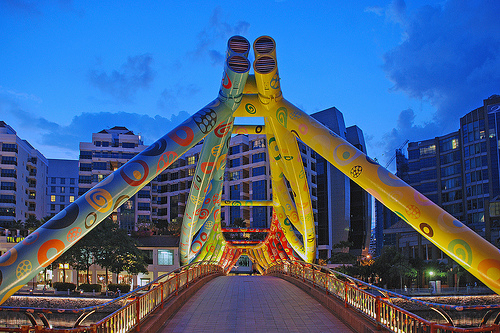 The wild paint scheme on Singapore’s Alkaff Bridge shows another way to introduce interesting design elements to a bridge. Is Providence ready for such an eclectic design? We should be. 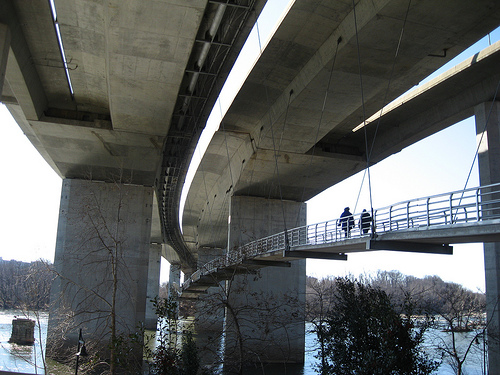 The Robert E. Lee Memorial Bridge carries US 1 and US 301 over the James River in Richmond, Virginia and features this suspended pedestrian bridge under it. New Pawtucket River Bridge anyone? 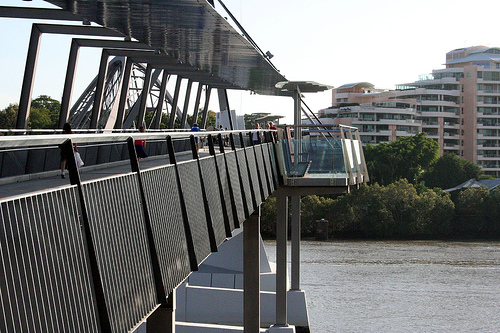 Brisbane, Australia’s Goodwill Bridge features a roof over parts of the bridge and pavillions which hang off the sides offering users areas to stop and sit. 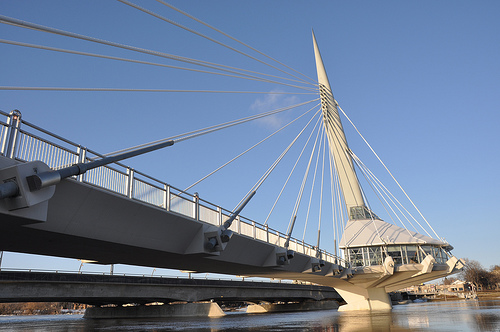 The Esplanade Riel in Winnepeg, Canada is notable for having a local chain restaurant halfway across it offering spectaular views of the Red River. The piers remaining from the Route 195 bridge make something like this a possibility for the new Providence River Pedestrian Bridge.

When talking about pedestrianized structures, we’d be remiss if we did not mention New York City’s High Line. The High Line was built on an abandoned elevated rail line, so differs from the Providence River Bridge in that respect, but a look at the user experience on the High Line gives some look at what is possible. 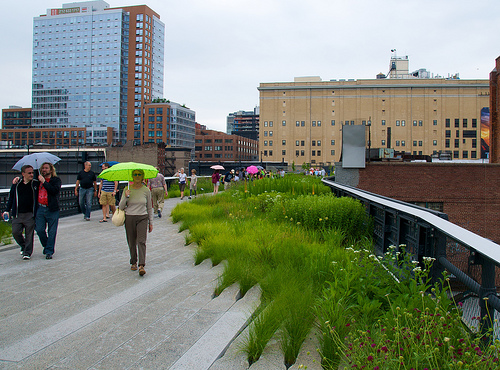 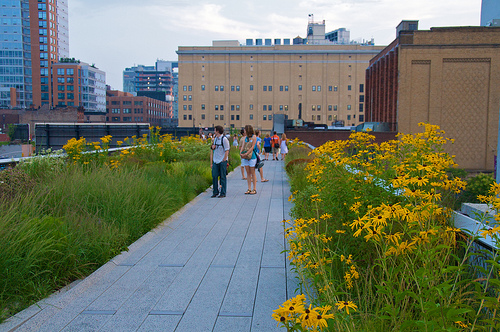 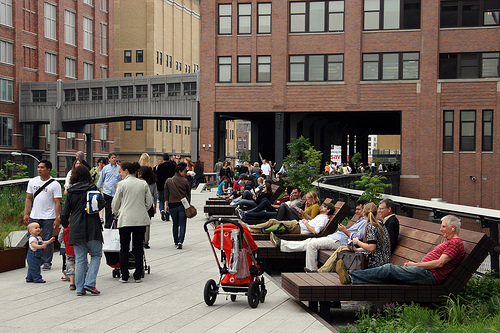 Of course there are many many more examples of pedestrian bridges around the world. Share your favorites in the comments.