On the way home this evening I was greeted by sidewalks finally being finished, almost 14 months after they were removed at Atwells Avenue and Dean Street. 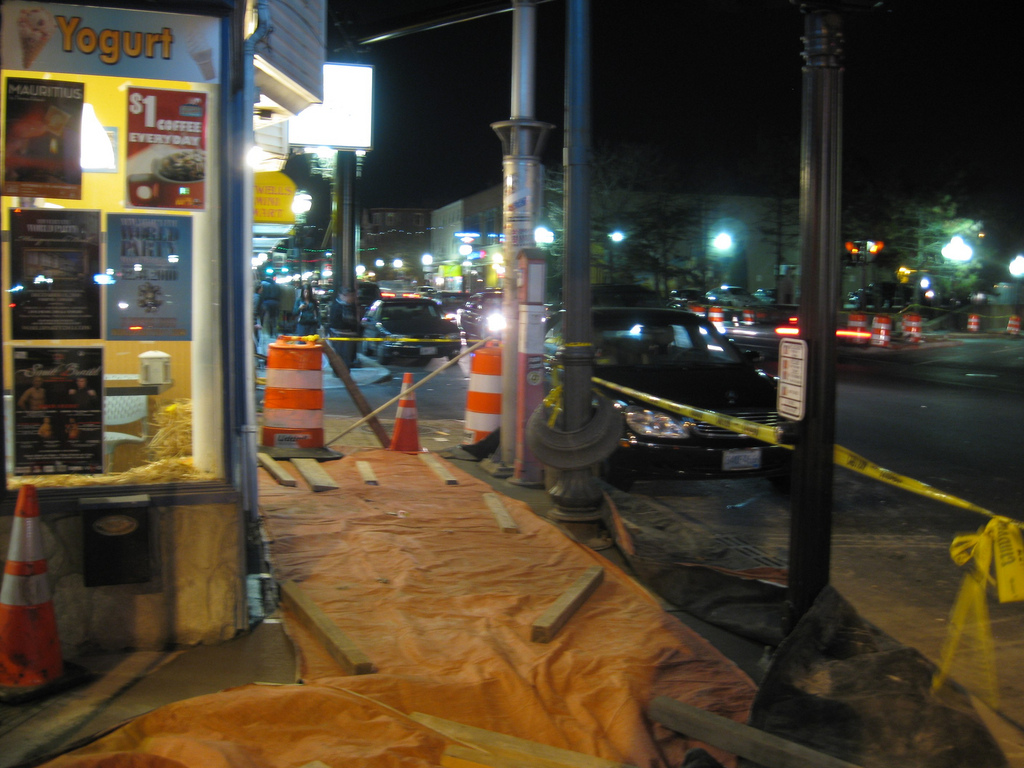 Yay, I guess. Would have been nice for them to be finished 3, 4, ten months ago, but whatever. Would have also been nice if there had been a space cleared for pedestrians to walk while the sidewalk is closed. Walking around that car parked illegally too close to the corner, into the traffic lanes, after dark is fine though, I guess. It is not like Atwells is a dangerous street for pedestrians or anything…

Oh, right. Three weeks after Councilman Hassett was struck by a car blocks away, still no crosswalks. 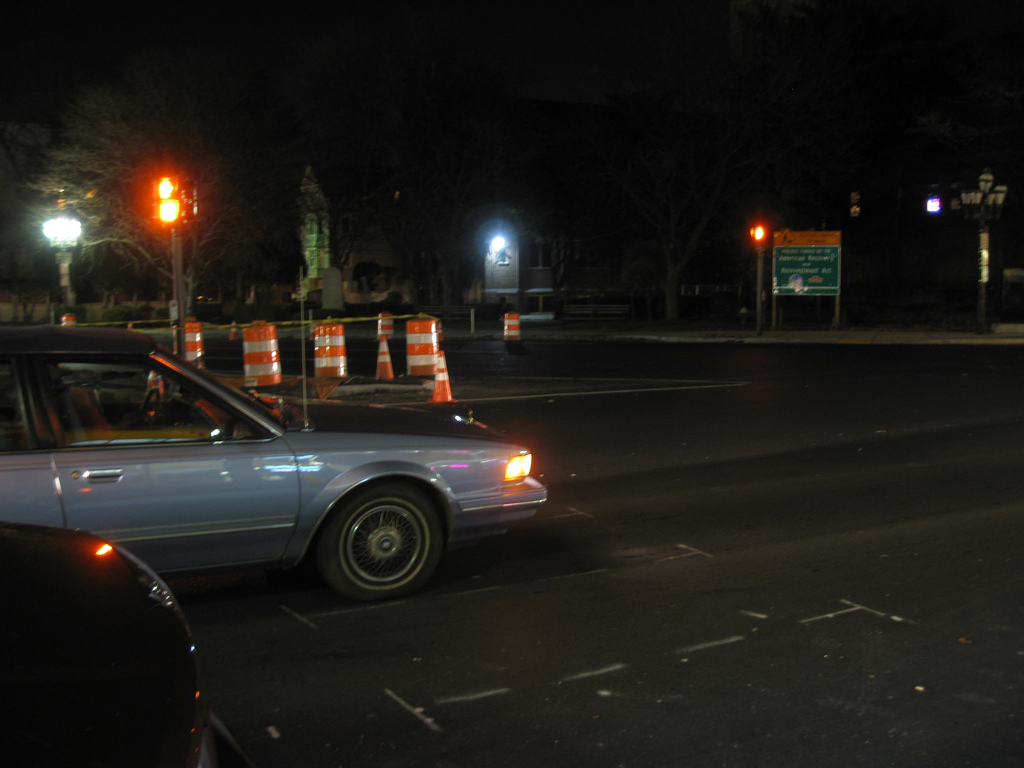 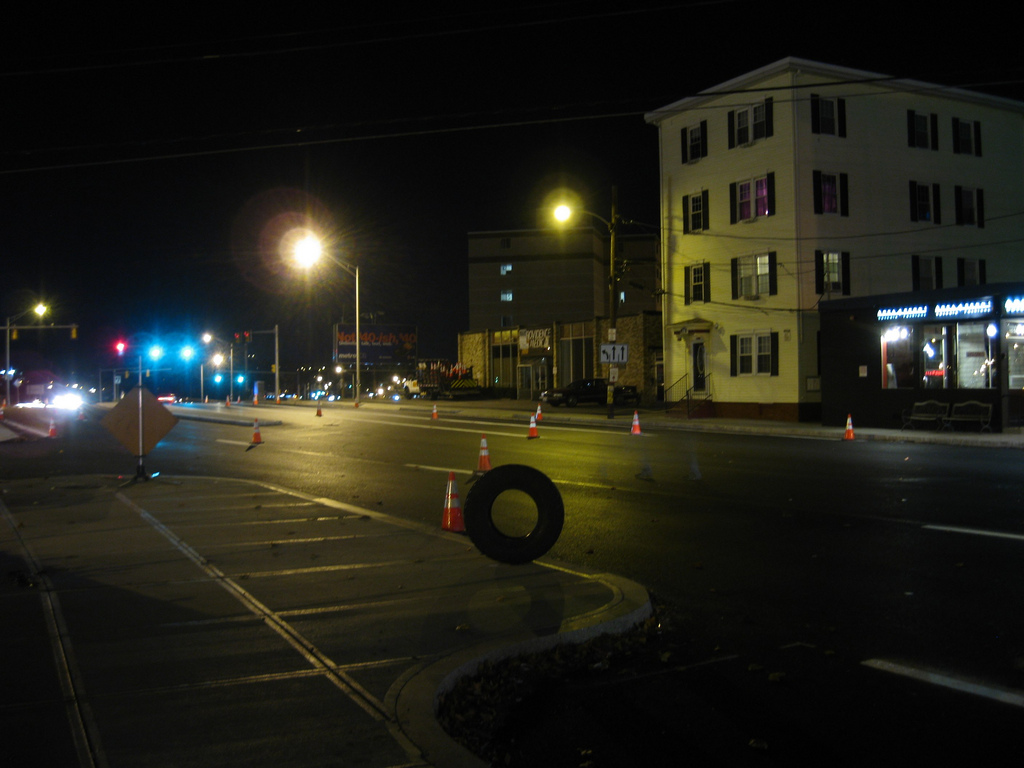 Look closely in that photo, you can see the ghost of a pedestrian’s legs in the street (due to the long exposure). Let me digress about the fact that there is no crosswalk on Dean between Atwells and the Route 6/10 ramps. Want to walk down Spruce Street? Too bad! Dash across 4 lanes of highspeed traffic Frogger style or walk a block out of your way (and then cross 3 or 4 lanes of highspeed traffic in the crosswalk Frogger style). 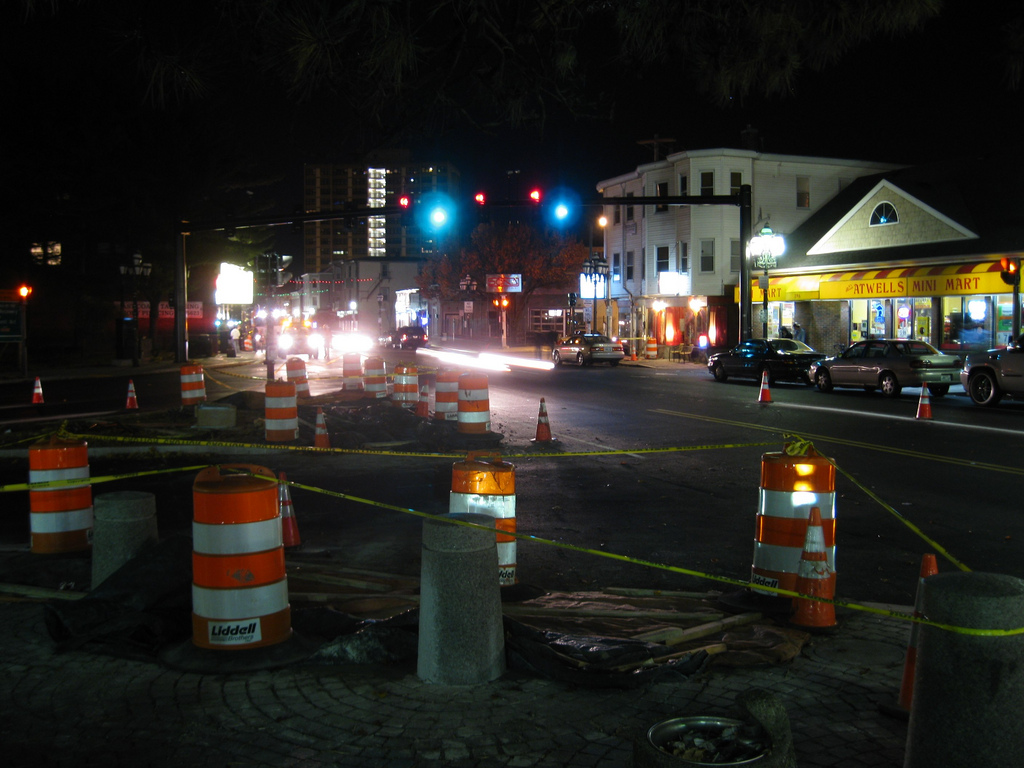 Well, maybe with the sudden flurry of activity, we’ll get some crosswalks painted. 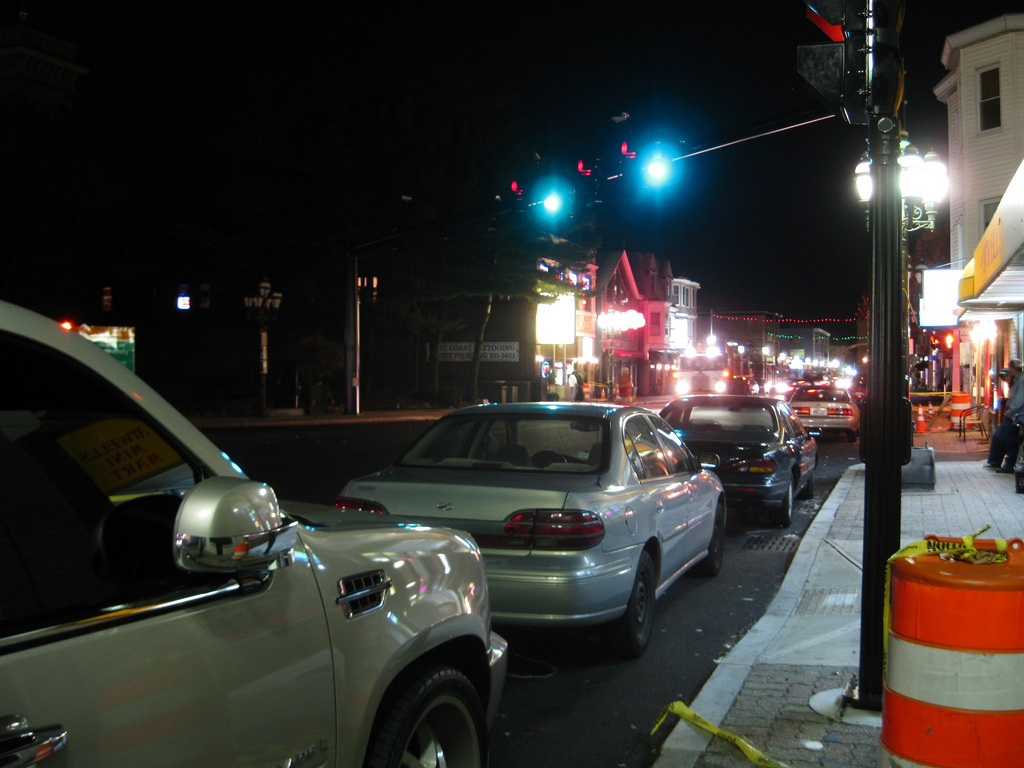 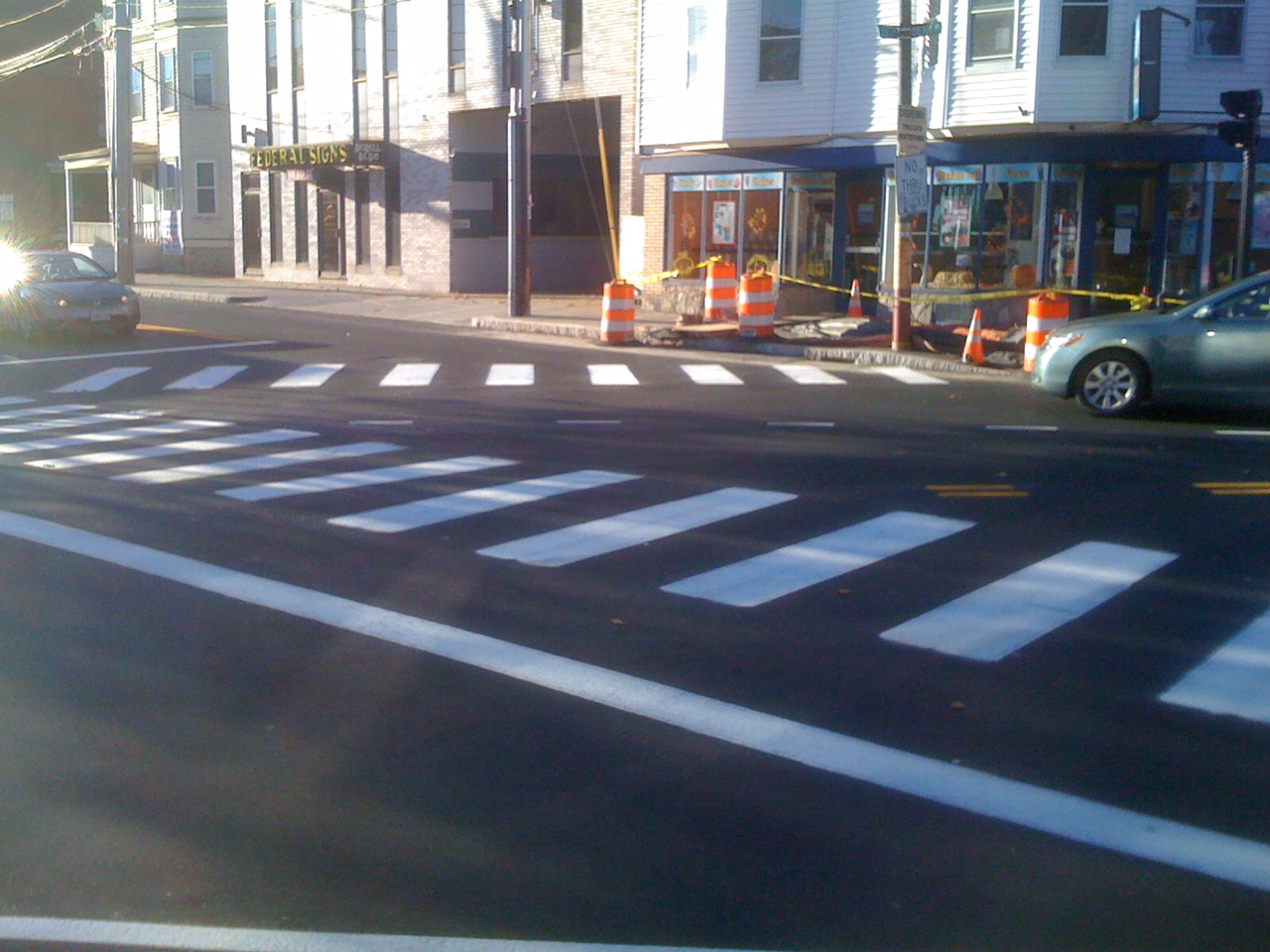 The Providence Journal reports on enhancements being made to Atwells Avenue for pedestrian safety.

Atwells Avenue is closed at Dean Street due to a gas leak. Dean Street appears to still be open to through traffic, but no traffic is being allowed from Dean onto Atwells.