A Community Forum on the Proposed creation of the I-195 Redevelopment District Commission, June 13 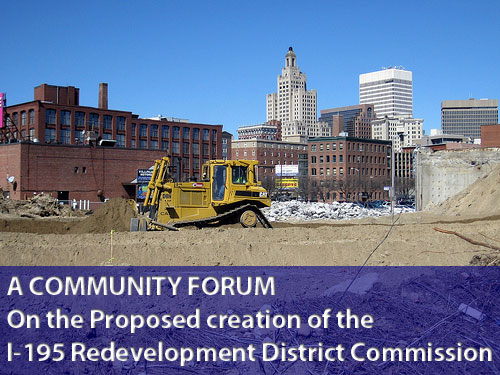 This event is free and open to the public.

With the surprising announcement of a proposed I-195 Redevelopment District Commission, uncertainty hangs over the state-owned land in Providence’s Jewelry District. With legislation to create the commission moving through the General Assembly this forum provides an opportunity to bring public officials, and other key stakeholders together so the public can ask questions about the rapidly evolving proposal. Some key areas to be discussed include:

Invitations to speak have been extended to:

The 195 Commission discusses a proposed Aloft hotel on Parcel 22 and a possible RFP for Parcel 6 at their February 13th meeting.