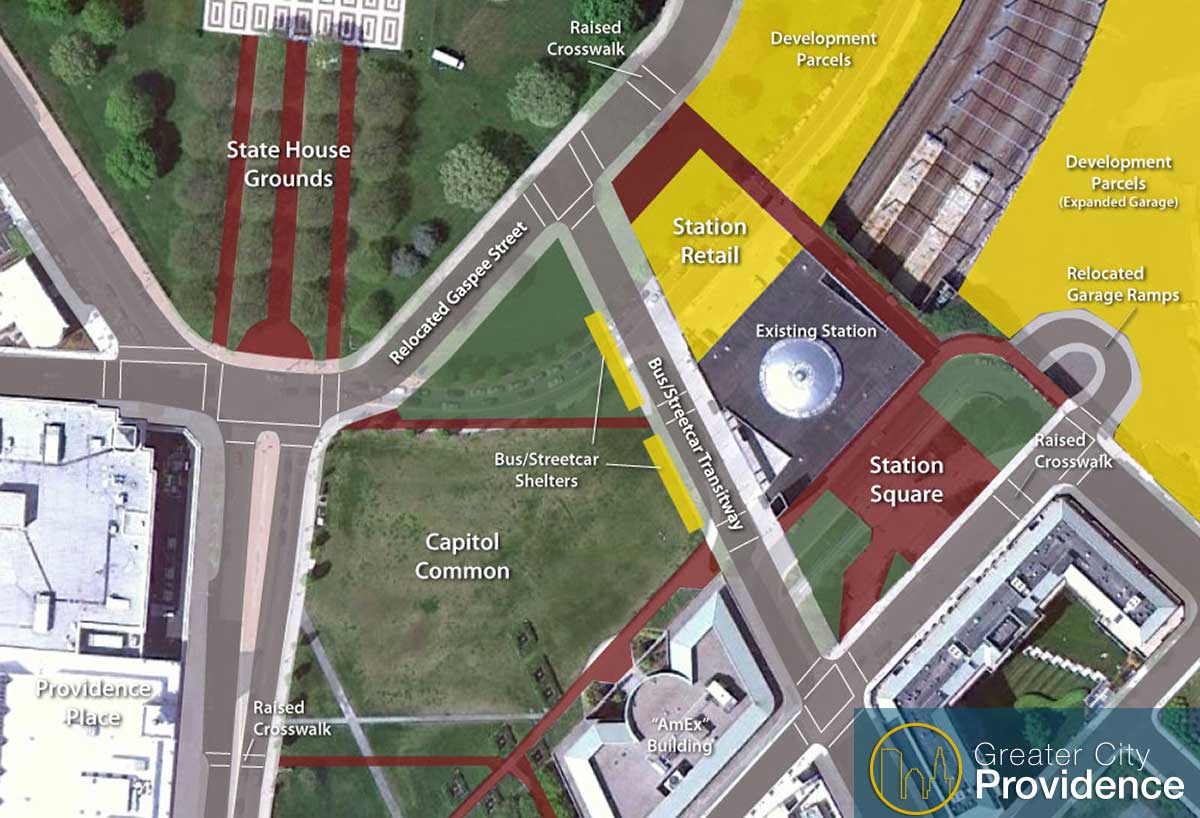 [alert type=”danger”]REBOOT is an occasional series of posts on Greater City Providence where we identify areas of the city that display poor urbanism and propose ways to improve them. Our interventions may be simple and quite easily realized, or they may at times be grand and possibly take years or decades to complete. Either way, we hope they generate interest and discussion.[/alert]

Oh Providence Station… why are you such a dump?

Of course the short answer to that is that we have not taken care of it. But this post is not about the sad condition of the station, it is about the fact that the station was a mistake to begin with.

Of course we used to have the stunning Union Station which is now the home of the Rhode Island Foundation and other offices. The river and railroad relocation projects resulted in the tracks leaving Union Station behind and a new station being built.

When Providence Station was opened in 1986 we were deep in the heart of the automobile age. Gas supplies were cheap and seemingly inexhaustible, Amtrak was kind of a quaint hobby that we north-easterners insisted on keeping in service, and the MBTA did not reach Providence. This resulted in a station that is too small for our post-$4/gallon gasoline world. A station that is inconveniently located away from the city’s major employment centers (and with the removal of Route 195, the city’s employment centers are poised to move further from the train station).

Were it maintained properly, the station is certainly handsome. The clock tower nicely pierces the skyline, the low slung dome is handsome and adds a modern bent to the collection of domes we have in our fair city, the interior is attractive. However, the interior is not spacious enough for the passengers we have utilizing existing MBTA and Amtrak services, and the station will become more crowded as MBTA services expand southward and if a Blackstone Valley commuter service is ever instituted. And as the price of gas continues its generally upward trend, more and more people will turn to the trains.

Let’s not waste time blaming the planners from the 80’s for their shortsightedness on the station’s design, let’s instead consider what we can do to modify it for a world that is very different from 1986.

Bret wrote a post a couple years ago in which he cited me as referring to the station as a hundred-year mistake. He went on to highlight some of the short comings of Capital Center area as a neighborhood, and suggest some solutions. We were to write a Part II to that post and never got around to it, this is that Part II I suppose. 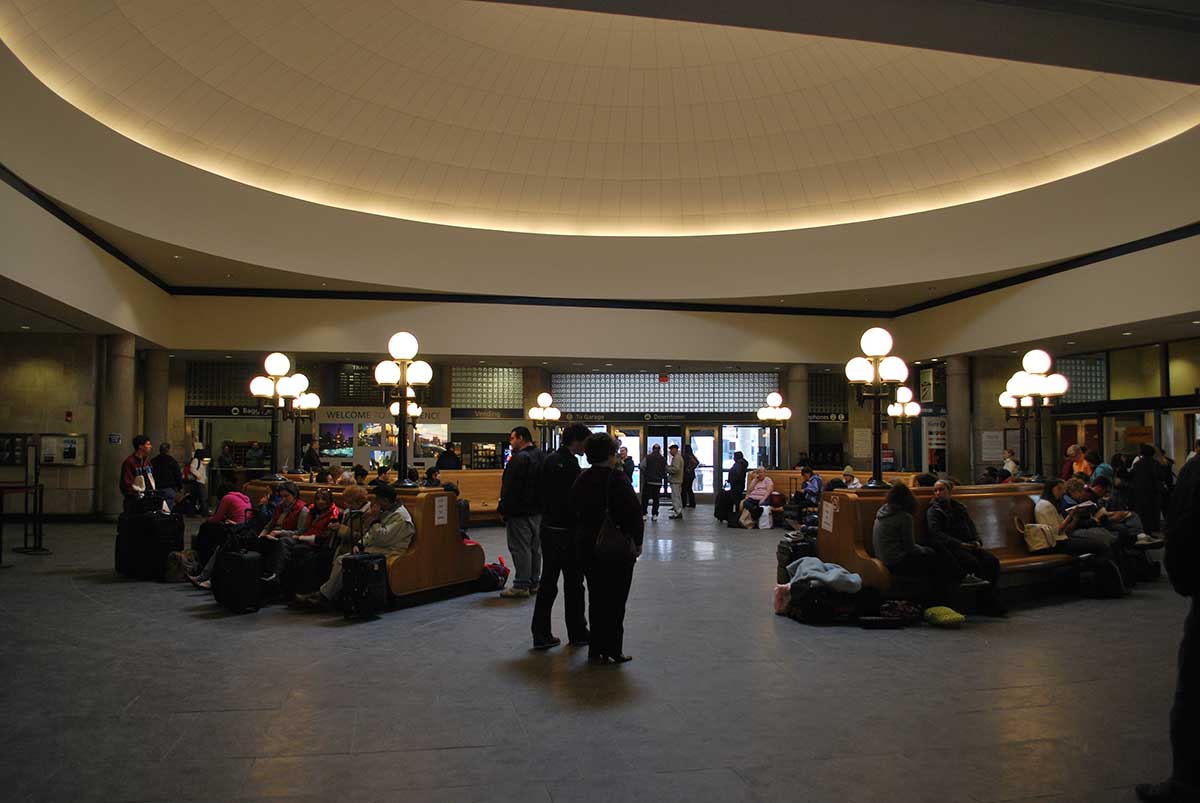 The station is too small, there are not enough seats for waiting passengers, there are not enough toilets in the mens room (I assume the ladies is the same), the food service options are underwhelming and limited, there is not retail to speak of to cater to commuters, there are a limited number of ticket booths (compounded by the fact that Amtrak bullied the MBTA out of the ticket windows).

So let’s expand the station. We could expand it to the southeast, toward the Avalon apartments, but I have other plans for that space. I propose expanding it to the northwest, toward the State House, and we do this by moving Gaspee Street.

This is an idea that came out of the Downcity Charrettes a few years back, and may have come from before then even. Looking at the State House from the sky, Gaspee and Francis Streets wrap around either side, but are not symmetrical. If you were to move Gaspee Street closer to the State House to make it mirror Francis Street, now you have a whole bunch of land between Gaspee and the train tracks.

Slide Gaspee Street over and you create room for a northwestward extension of the train station, and developable parcels along the east side of Gaspee Street toward Smith Street.

Now that we’ve moved the street, we can put all the service oriented things that the station is missing (or are not up to snuff) in the new addition to the station. An expanded cafe, a full service restaurant, a dry-cleaner, a bike repair shop for people who are biking to the station, move the newsstand/gift shop, a bank, and build expanded restrooms.

Everything that was in the old station clear it out. Now there is room for much more passenger seating and in addition to the Amtrak ticket windows, we can build a combined MBTA/RIPTA ticket window/information booth. The area that was sad seating for Cafe La France, is now able to be opened to Station Park. 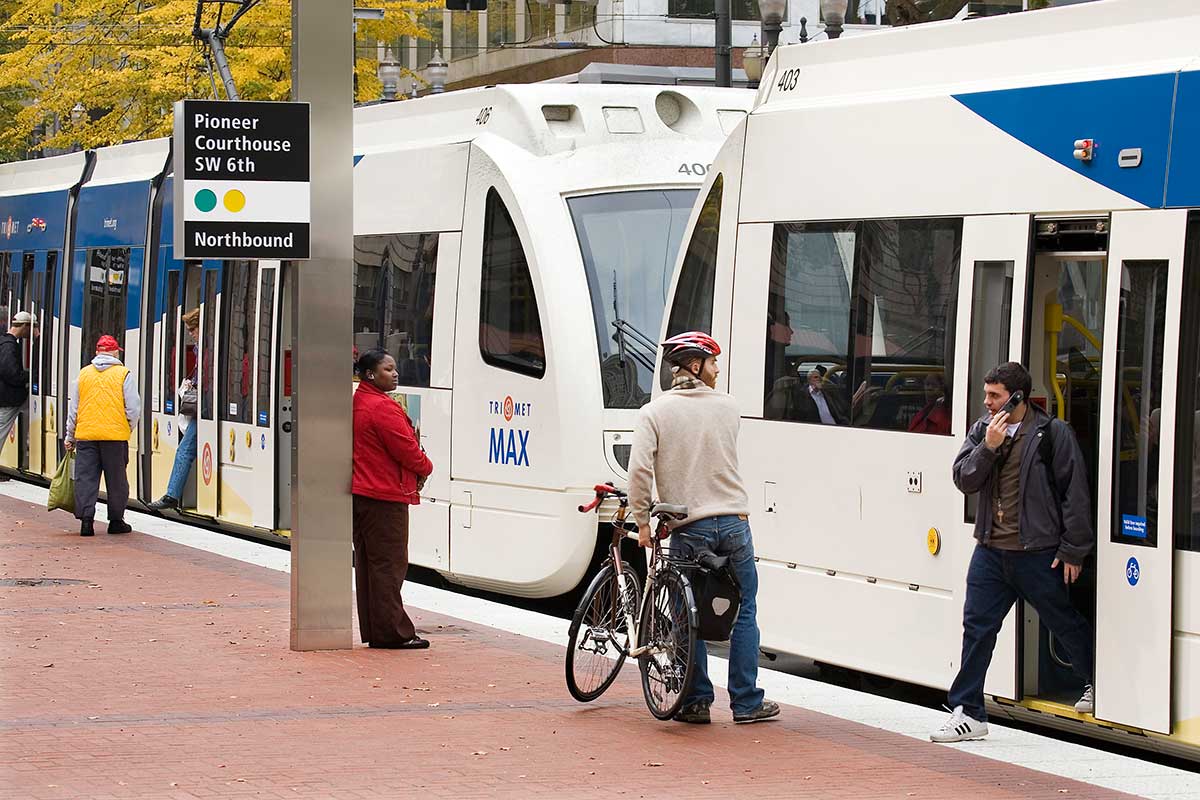 In order to connect buses and eventually streetcars directly to the train station, with through service to points north, Exchange Street should be extended along the west side of the station (between it and the “AmEx” Building) to Gaspee Street. The extended street would be transit only.

With the current number of buses we have serving the station area, we could get close to 6 minute headways between the station and Kennedy Plaza. As we expand services in the future, bring a streetcar to the station, etc., we should be able to realize better than 5 minute headways which become virtually on-demand. In other words, you leave a train at the station, come up the stairs, and a some form of transport should be there in moments to take you to Kennedy Plaza, without you having to consult a schedule.

The station now opens up towards Station Park (I’ve renamed it Capitol Commons), with buses and streetcars arriving frequently. Crosswalks across the transitway lead to platforms for Kennedy Plaza-bound service and beyond that pathways bring you to the mall and Waterplace.

Meet me at Station Square

The station’s inside waiting area can also spill out the south side onto the newly redesigned Station Square. Station Square will be where you wait for your train in warm weather months as there will be boarding announcements and seating and coffee carts and maybe someone selling cupcakes or whoopie pies or gin & tonics or something. The retail spaces across the street at the Avalon Building need some help, but could well frame the southeast side of the square.

Station Square can also be the place where we create expanded bike parking facilities at the station. There would also be space for taxis to queue for passengers coming out of the station.

But where shall I park?

People, gas is pushing $4/gallon! You want to park? OK, fine. The state has received funding to fix deficiencies in the parking garage (or study fixing them). Currently the ramps to the garage slice through where I’d like Station Square to be, the exit ramp also would conflict with the Exchange Street transitway. So, I suggest we move the ramps to the side of the garage. Development on the remaining Capital Cove parcels could house more parking for the station if needed.

What’s the hold up? Let’s do this!

Well, as always, the holdup is money. I’m sure you’ve all noticed we’re broke, and the stimulus money from the Feds is drying up too. That said this is not the most crazy expensive Reboot I’ve proposed.

All the land involved is the government’s; city, state, or federal through Amtrak, so there are no expensive takings. Getting those three branches of government to work together could be tiresome. Really, besides money, the big problem is Amtrak. They are unwilling to consider allowing the Exchange Street Transitway to be built over their underground tracks.

One would assume that we could get our Congressional delegation to make them relent, but what is the point right now if we have no money to move any plans forward?