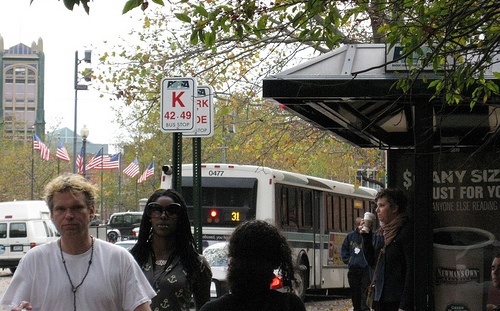 Join fellow Rhode Island citizens outraged by the service cuts that have been proposed for the state’s public transit system as we come together to protest the proposals outside Providence City Hall at 1:30. Hear RIPTA riders and transit advocates make the case for saving public transportation.

Afterward (2:00 at URI’s Providence Campus, 80 Washington Street), take the message to the public hearing that is being held to gather public input on the reductions.

If the cuts go forward as planned, 39 routes will suffer reductions in service, and 8 routes face elimination entirely. These are the most drastic cuts ever proposed to Rhode Island’s transit system. This loss of service will be a terrible burden to our economy and an even greater hardship for RI’s most vulnerable communities.

For the economy, for social justice, for the environment or public health, for whatever reason you value RIPTA come out and show your support. They need it.

There is also a Service Reduction Hearing at URI’s Providence Campus at 6pm, for those who cannot make a mid-day hearing.