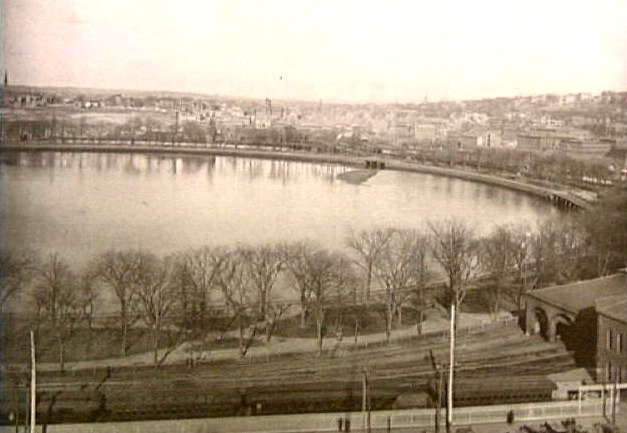 The Providence Preservation Society Symposium, Make No Little Plans started today, and I was there, scribbling down notes. If you follow @gcpvd on Twitter then you caught some of it, and I’ll be Twittering again at the afternoon session.

The presentation was “By the Cask or Smaller Quantity: Providence’s Waterfront and the World the Merchant’s Made” by C. Morgan Grefe the Executive Director of the Rhode Island Historical Society. Ms. Grefe spoke about the period from Roger Williams’ settlement through the slave trading and China trade periods to just before the start of the Industrial Revolution.

I’m going to basically type my notes as scribbled down expanding what I can remember or my impressions as I can:

The second presentation “The City Comes of Age” by Rick Greenwood the Deputy Director of the Rhode Island Historic Preservation & Heritage Commission focused on the period from the Industrial Revolution through the turn of the 20th century.

The afternoon session starts shortly and addresses the “Renaissance Period,” 1960 on. I’ll likely be doing some more Twittering and hope to have a post up here some time tomorrow.

Registration open now at ProvidenceSymposium.com 2012 Providence Symposium: Not Always Pretty: Behind the Façade of Historic Preservation October 11-13, 2012 Registration to Open in Early September Building on the...