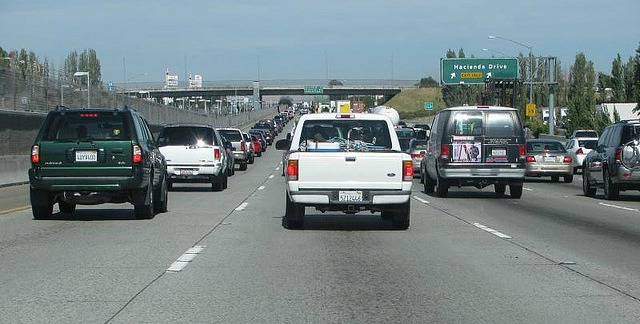 The proposal to bar public transit from receiving funds from the federal motor fuels tax is part of a bill coming before the House Ways and Means Committee Friday morning. That bill sets the revenue levels for the five-year surface transportation bill making its way through the House Transportation and Infrastructure committee today.

“This is the most partisan transportation bill that I have ever seen,” LaHood said in an exclusive interview with POLITICO.

“And it also is the most anti-safety bill I have ever seen. It hollows out our No. 1 priority, which is safety, and frankly, it hollows out the guts of the transportation efforts that we’ve been about for the last three years,” LaHood added. “It’s the worst transportation bill I’ve ever seen during 35 years of public service.”

An amendment that would restore the popular Safe Routes to School and Transportation Enhancements programs to the House GOP’s transportation bill has just been defeated in the Transportation and Infrastructure Committee by a vote of 29-27. Supporters of safer biking and walking sent thousands of messages to Congress supporting this amendment in the short time that advocates had to mobilize. In the end, however, the three Republicans who joined the Democrats in favor of the amendment were not enough to deliver a majority. Rep. Tom Petri of Wisconsin, the amendment’s sponsor, Rep. Tim Johnson of Illinois (a co-sponsor), and Rep. Frank LoBiondo of New Jersey were the three “yea” votes on the GOP side.

Transportation for America: Drilling for highway revenues could face controversy from both sides

House leaders have made it known that their transportation bill will expand oil drilling and exploration to fill part of the yawning gap between what the Highway Trust Fund gathers each year in gas taxes and what is spent. That provision is controversial, no doubt, but the opposition is coming from more than just one side.

Some conservative think tanks and transportation policy experts are opposing the idea – though not because they think we shouldn’t be drilling for more oil everywhere possible, but because they believe the principle of a “user fee” for the highway system is one worth protecting.

In a move that should dispel any remaining thoughts that the House transportation bill [PDF] will ever be signed into law, the Ways and Means Committee announced today that they will try to forbid gas tax revenue from funding transit.

The Ways & Means bill would funnel all gas tax revenue toward road programs, redirecting billions of dollars per year away from transit, which for decades has received about 20 percent of fuel tax receipts. Instead, the House GOP wants transit funding to come entirely from the general fund, pitting transit against all other government spending. To offset that spending, $40 billion would have to be cut from the rest of the federal budget.

Contact Congress about the Leadership's move to eliminate funding for Public Transportation.