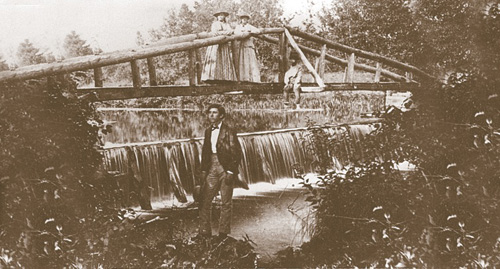 On October 13, 2011, bills were filed in both the United States Senate and House to “establish the John H. Chafee Blackstone River Valley National Historical Park.” The new multi-site park would encompass the Blackstone River and its tributaries; the Blackstone Canal; Old Slater Mill in Pawtucket; the historic villages of Slatersville and Ashton, Rhode Island; and Whitinsville and Hopedale in Massachusetts. Also, President Barack Obama recently launched the America’s Great Outdoors Initiative to develop a 21st-century conservation and recreation agenda and to reconnect Americans to nature.

As these two efforts proceed, how will they impact the Blackstone River Valley? What would a new national park look like? Whom would it attract? How do stewards of historic places accommodate recreation, and how do stewards of natural places include historic interpretation and preservation? How does protecting special places advance economic development?

Field trips will explore the landscapes and architecture of the Blackstone River Valley. Destinations include the well-preserved mill villages, farms, and factories that make the region distinctive. Local tours will stroll down Woonsocket’s historic Main Street and sample the best of the city’s industrial and architectural heritage, indoors and out.

Registration is open for Encuentro 2018, a national conference on Latino heritage and historic preservation, planned for Thursday-Saturday, April 26-28. This groundbreaking event is organized by Latinos in Heritage...

The 30th Annual Rhode Island Statewide Preservation Conference will take place in Glocester and throughout the region on Saturday, April 25. Organized by the Rhode Island Historical Preservation & Heritage Commission...