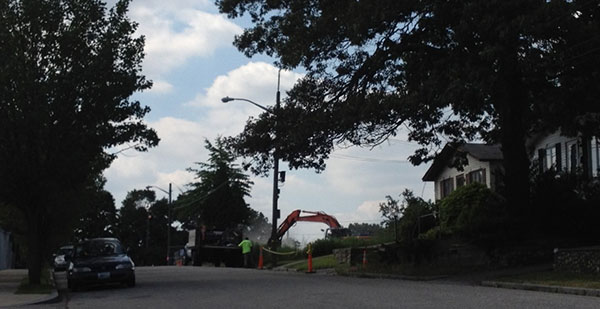 For the past week or so, there has been a string of caution tape between two cones in front of a house on Cumberland St. Next door: a vacant lot, and next to that, a house that has had the same tape and some chain link propped against it for about a year.

A few days ago, I noticed the property behind the cones had its electrical meter and wires disconnected.

Last night, while walking my dog, I happened to catch a Providence College security guard tidying up the caution tape. I asked if he had any news what’s happening with this property. He told me they were being torn down for parking. 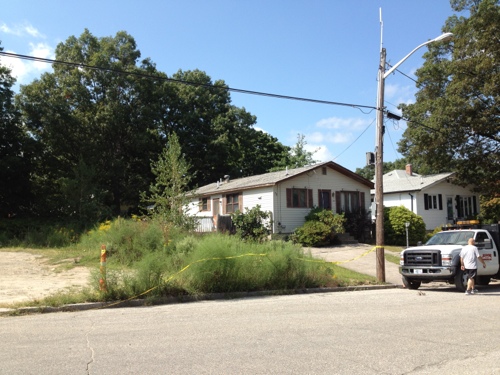 It is unfortunate though. Here are another two properties that, from the outside, looked like fine homes. On this side of campus, the northwest corner, the college is actually not a bad neighbor. It’s a quiet Elmhurst neighborhood of mostly single-family homes. My wife and I live just under two blocks away, and we rather like it.

For years, like everyone, we’ve been watching the value of homes in the neighborhood go down. The idea of another parking lot just down the street does not sit well, just as the real estate market starts to recover. Of course, neglected homes, or those wrapped in caution tape, aren’t a great asset either, but is this just another case of demolition via neglect?

Of course, this security guard could have been misinformed. I haven’t seen anything official from the college. After all, they’ve been doing some new construction projects. But we all know, this city sure does love its parking.