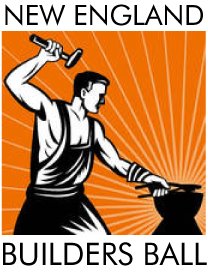 Come to Providence on Friday, October 5, 2012, to see the work of some of the world’s best bicycle makers at the Biltmore’s “Garden Room,” overlooking beautiful Providence, Rhode Island. Admission is only $3, and the event runs from 7 to 10 pm with live music, cash bar, and some fun surprises. Stay in town over the weekend to check out world-class bike racing at the Providence Cyclocross Festival and great deals on bikes and bike paraphernalia at a huge bike swap (at the race site) all day Saturday and Sunday.

New England has a grand history of bicycle building and innovation. Pierre Lallement, considered the father of the bicycle, worked in Connecticut and Boston. The North American bike industry started with Colonel Pope’s factory in Hartford in the 1870s. Aegis Bicycles (of Maine) in 1986 became the first U.S. company to make carbon monocoque frames, and in 1987 Merlin Metalworks was founded, a pioneer in titanium frame fabrication. New England continues to be a leader in quality bespoke bicycle building, with many brands known far and wide. The only place in our region to see the work of these builders, all in one place, is the New England Builders Ball.