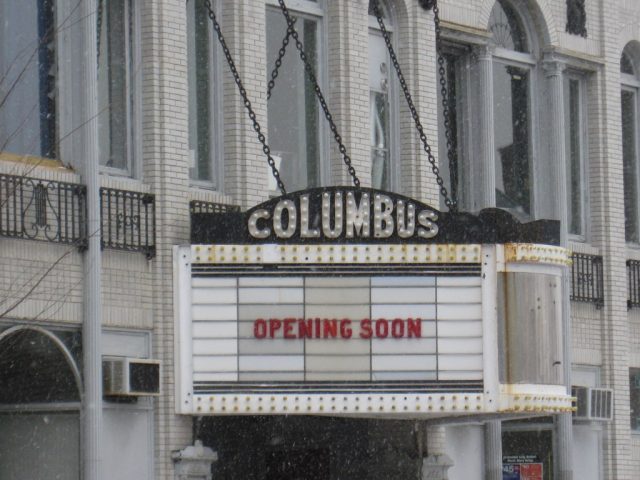 The Columbus Threatre is re-opening on November 17th with an event called Revival! That event proved so popular, they’ve added a second night, Revival Too!

The Columbus Cooperative is excited to announce Revival Too!, a second night of celebration for the reopening of the Columbus Theatre, headlined by the Low Anthem.

Due to the overwhelming response to Revival!, which sold out more than two weeks in advance, this intimate evening of music at the Columbus Upstairs has been scheduled for Sunday, November 18th. Half of profits from the evening will once again benefit ATRAVES, a Providence-based nonprofit working for education, health, and development in Nicaragua.

Doors open at 6PM and music will begin at 7PM. The night will feature:

With food by Julians and drink by Revival Brewing Company, the Rhode Island Brewers Guild, and Elevated Spirits.

Very busy weekend in Providence, you cannot be bored.