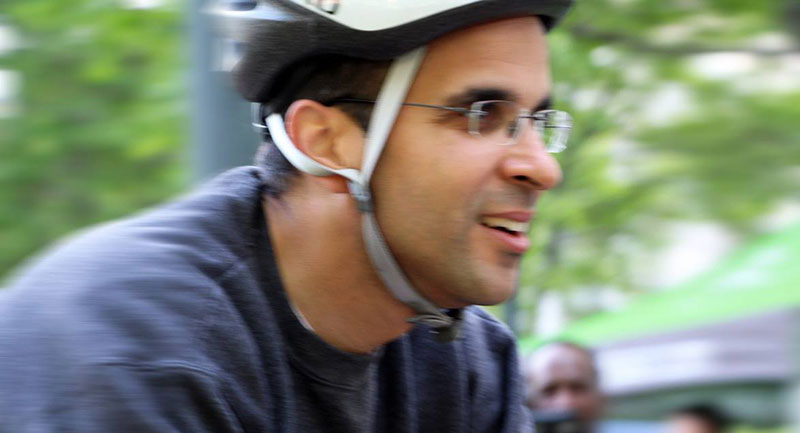 Last September, Providence had it’s first Cyclovía on Broad Street. At this morning’s Bike To Work Day, the Mayor announced an expanded list of Cyclovías in Providence for 2013.

“Cyclovía Providence will provide an opportunity for residents from every corner of the city to come together, exercise, have fun and enjoy all that Providence has to offer,” said Mayor Taveras.

Cyclovía is an international phenomenon that reportedly began in Bogotá, Colombia and has spread to cities across the globe, including New York City, Chicago, Seattle, San Francisco, Los Angeles, Miami and Cambridge, MA.

Project for Public Spaces, a nonprofit planning organization, has described Cyclovía as a large-scale community building exercise that facilitates social interaction and activity between people of all ages, incomes, occupations, religions and races.

The City held its first Cyclovía in September 2012 on Broad Street. The 2013 Cyclovías will be expanded to the following dates and locations:

Mayor Taveras announced the expansion of Providence Cyclovía after he and bicycling advocates from his staff rode their bikes this morning from the Mayor’s home to a Bike to Work Day celebration in Burnside Park.

Hundreds of bicycle advocates and commuters from across the city participated in the Rhode Island Bicycle Coalition’s annual Bike to Work Day event, which featured a commuter breakfast and coffee service, on-site bike mechanics for tune ups, give-aways from local bike shops and vendors, bike valet by Recycle-a-Bike and a raffle.

Bike to Work Day, celebrated during National Bike Week, encourages residents to bike to work or try bicycling for fun, fitness and transportation.