Shakespeare in the Park at Roger Williams National Memorial 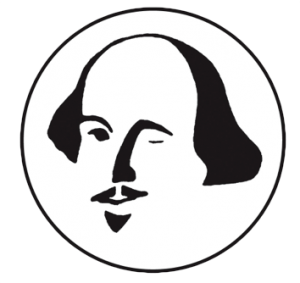 Fairies, lovers, officials, and a troupe of bumbling amateur actors – what more could one ask on a late spring evening? The play provides plenty of laughs, strange enchantments, ridiculous lovers’ quarrels and some of the sweetest (and most comical) words ever to flow from the pen of the master playwright.

TRIST Artistic Director Bob Colonna will be at the helm and is promising a fresh and funny look at the play, involving quite a bit of the downtown Providence atmosphere, ranging from local politicians to the plight and energy of the homeless.

This will be TRIST’s third outdoor production at Roger Williams National Memorial. Last year’s As You Like It and 2010’s King Henry VIII attracted record crowds nightly and A Midsummer Night’s Dream promises to do the same. You really don’t want to miss it!

Admission is free and patrons are encouraged to bring blankets, beach chairs or lawn chairs (some limited seating will be provided) and to come early and make use of the Memorial’s picnic tables for, perhaps, a dinner under the stars! The play is appropriate for children (though probably not for the youngest ones who may get a little tired and antsy). Indoor restrooms are provided in the Memorial’s visitor center.

The acting company features some of Rhode Island’s best and most popular artists:

Christopher Ferreira and Lauren Annicelli will reign as Oberon and Titania, the darkly powerful King and Queen of the Fairies, with Sara D’Angelos, Marie Atkins, Jasper Summers and Willa Summers as their elfin court.

The well-intentioned but lamentably inexperienced company of “actors” are portrayed by Justin Paige as Bottom, Candice Sampson as Quince, Meryn Flynn as Snug, Jason Quinn as Snout, and Marc Kohler as Starveling.

The political establishment will be represented by Michel Lilly as Duke Theseus and Cherylee Dumas as Hippolyta with Rachel Shmookler as the faithful Philostrate and Geoff White as Egeus.

Bring a lawn chair, a blanket, and maybe even a picnic dinner and sit on the lawn at the beautiful Roger Williams National Memorial and enjoy FREE concerts by some of the best songwriters RI has to offer. Also...