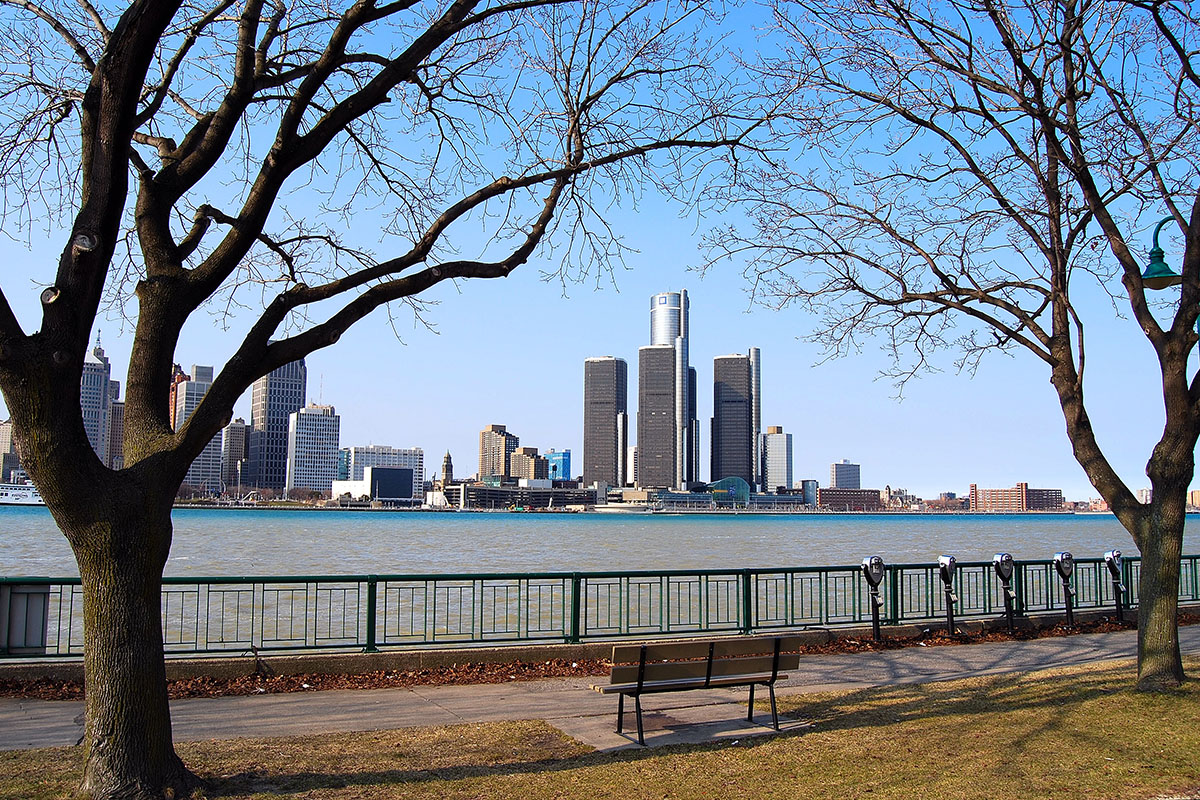 Asphalt paving was removed and replaced with “structural grass,” rigid plastic honeycomb cells sprinkled with ordinary lawn seed and nurtured into green swaths. Concrete strips were embedded on two sides, creating a durable driving surface. Permeable brick pavers were installed in driveways and at the lane way entrances; these allow rain water to infiltrate between their joints and into the ground, reducing run-off, the bane of municipal storm sewer systems.

Newshour: Will Other U.S. Cities Follow in Detroit’s Footsteps?

Well, I think cities have realized they’re not going to grow their economies by bribing companies to come in[1].

Just as Bruce said, they’re going to build on their own strategic assets, and as specialized as they are — and Bruce knows this — they also to be diverse. Diverse economies grow. But in the United States, the cities and regions that are having trouble are the manufacturing regions that have not revitalized and developed their knowledge assets and diversified.

And Sun Belt regions that are dependent on real estate and construction, our economy is being reshaped around knowledge centers, big and small. Ann Arbor right outside of Detroit is doing fabulously well, and energy centers — and those are becoming the powerhouses of the U.S. regional economy. But there are very real winners and losers in this economy. And for those falling behind, they have to take steps to specialize, to focus on their niche, but also to diversify their economy.

But ultimately what we see today is the left furiously spinning about Detroit (for example, see the book “Detroit: A Biography”) and the right trying to use it as a poster child for everything they hate. Yet on the right I can’t help but observe a particularly mean streak in the commentary, one that’s positively gleeful about Detroit’s demise. It’s as if, not content with letting the results speak for themselves about what happened under Democratic rule, the right seems determined to humiliate Detroit, reveling in its pain. It’s schadenfreude on steroids.

The Atlantic Cities: If You Build It, They Will Come: How Cleveland Lured Young Professionals Downtown

The success of East Fourth Street in once-struggling Cleveland was something few people would have anticipated 20 years ago. It took years of collaboration between developers, businesses, local institutions, and government, but today downtown Cleveland is taking off—and giving the old Rust Belt city a future. There wasn’t a market for urban living in Cleveland until developers like the Marons built places where young professionals would want to be.

[1] One would hope cities (states) have learned this.