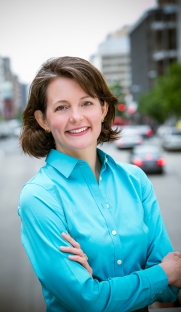 The Providence Preservation Society welcomes Jennifer Bradley, fellow at the Brookings Metropolitan Policy Program and co-author of The Metropolitan Revolution, to their 56th Annual Meeting on Thursday, January 23, 2014, 5:30 pm, at Brown University’s Salomon Center. The event is also the second installment of PPS’ yearlong speaker series entitled Not Always Easy: Building the New Urban Experience, featuring dynamic urban leaders and experts on topics including government and development, open space and public land, and transportation. Ms. Bradley will speak to the context of her book, co-written with Bruce Katz, on how cities and metros are fixing our broken politics and fragile economy.

“The Metropolitan Revolution is a thought-leading book on the shift back to our nation’s urban cores. Jennifer Bradley, along with her co-author Bruce Katz, is leading the dialogue on how cities can flourish and ultimately be the drivers for the next economy,” stated Brent Runyon, Executive Director of the Providence Preservation Society. “The Providence Preservation Society has long contributed to the economic vitality of Rhode Island through its work in the capital city, preserving our important past while being a partner in the city’s growth. We are excited to have Ms. Bradley with us to share examples from other cities as our second speaker in the Not Always Easy: Building the New Urban Experience series, and as we turn the page to another year of preservation in Providence.”

Jennifer Bradley has vast knowledge of the urban economy and local governments. As a fellow at the Brookings Metropolitan Policy Program, she examines the critical role of metropolitan areas in the country’s economy, society, and politics. She has worked extensively on the challenges and opportunities of older industrial cities and has co-authored major economic turnaround strategies for Ohio and Michigan. In addition, as a former attorney, Ms. Bradley co-authored Supreme Court amicus briefs in cases that affirmed the constitutional powers of local governments and secured greater environmental protections. She has written popular articles in such publications as Newsweek, The New Republic, The Atlantic Monthly, Huffington Post, Democracy, Next American City, and American Prospect. Ms. Bradley is a graduate of the University of Texas; Oxford University, which she attended as a Rhodes Scholar; and the Georgetown University Law Center.

PPS’ 56th Annual Meeting will also premiere the 2014 Ten Most Endangered Properties (MEP) List and Photo Exhibit, featuring the work of noted Rhode Island photographer Jesse Burke. For 20 years, PPS has been working with concerned neighbors, preservationists and activists to put together this annual list. Properties selected each represent an important aspect of the local community, yet face threats like deterioration, neglect, and demolition. The photographic exhibit is sponsored by Dr. Joseph A. Chazan.

The Annual Meeting events will take place at the Salomon Center at Brown University, on the College Green, and are free and open to the public. During the meeting, the Society’s 2014 Board of Trustees will be presented to members for a vote. After brief organization business, Ms. Bradley will speak with a Q&A session afterwards. A book signing and reception will follow, featuring the MEP Photo Exhibit. Interested attendees can find out more information at www.ppsri.org or call 401-831-7440.

Downtown Providence is at a crossroads. The last 40 years has brought significant investment into this rich historic city: major infrastructure projects have literally shifted the city’s built environment along with restoration and revitalization of its buildings, and new construction has created energy and engagement in the downtown core. The city has been bold—in moving train tracks, rivers and highways, rejuvenating historic properties and promoting new construction. Yet challenges and questions remain in navigating the dynamic terrain on the way to becoming the next great American city.

The 2013-2014 Providence Symposium speaker series, entitled Not Always Easy: Building the New Urban Experience, will tackle these questions and stimulate an important dialogue to move our city forward. By looking at government’s role in development, the importance of open space to economic development, and the necessity of a vibrant and diverse transit system to the health of a city, PPS will spark substantive and engaging conversations in this yearlong series.

The series kicked off in November with former NYC Parks Commissioner and Senior VP at Trust for Public Land Adrian Benepe. Mr. Benepe spoke to an audience of over 275 people in the iconic Industrial Trust building in downtown Providence. The series will continue in May. For more information, visit www.providencesymposium.com.

The Presenting Series Partner for this yearlong conversation is The Providence Journal Charitable Fund. The Annual Meeting is sponsored by Foundry Associates and Brown University.