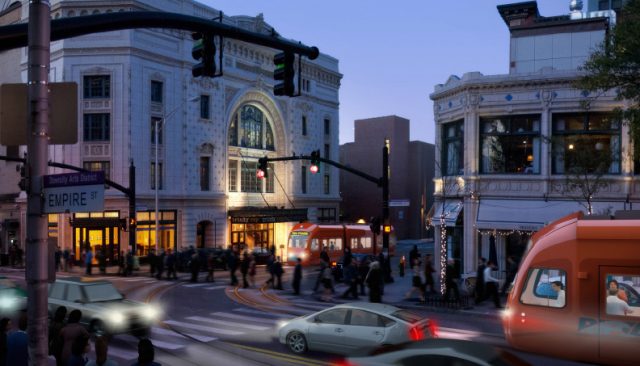 The Obama administration announced a new round of Transportation Investment Generating Economic Recovery grants (known as TIGER VI) with an extremely short turn-around for submitting applications, they are due April 28th.

The City of Providence applied for a TIGER grant last year, RIDOT also submitted a bid for Apponaug which was supported by the Governor. The Apponaug project was awarded a TIGER grant, and while there isn’t direct competition built into the grant process per-say, it is thought that Providence’s streetcar bid lost out to Kansas City’s streetcar which had more secure funding in place at the time. Providence’s 2013 TIGER grant application

included a funding plan, but unlike Kansas City’s successful application, steps had not yet been taken to implement that funding.

In the next month, Providence plans to work further toward implementation of funding by working with the Providence City Council Ordinance Committee to approve a TIF plan for the streetcar district. This funding represents 50% of the projected cost of the project and will be one of the sources for operations revenue after the project is complete.

Having the TIF plan in place will show readiness for the project which is one of the criteria that is evaluated for the TIGER grant.

But what is a TIF? 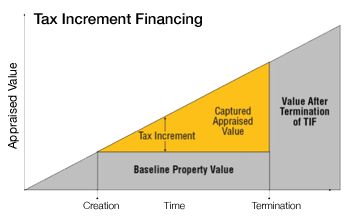 Cities and towns in Rhode Island are authorized to use “Tax Increment Financing” or “TIF” as a tool to generate funding for public improvements in support of economic development (RIGL §45-33.2). TIF’s allow a city to re-invest an increase in property tax dollars coming from an established TIF district back into the neighborhood over a set time period (e.g. 20 years).

TIF revenues are captured as tax revenues rise over time, and DO NOT require an increase in the local tax rate. When a TIF district is established, the City determines the Baseline Property Value (or current appraised value) of all property in the district. Tax revenues from this baseline continue to be directed to the General Fund. Only the increase in tax revenue from within the district and above this baseline is captured by the TIF and reinvested back into the district.

TIF revenues are generated as new development or major renovations take place, and as the value (or “increment”) of taxable property value increases over time. Higher property values may result from: 1) new development on vacant or underutilized land that previously paid minimal taxes; 2) improvements to existing properties, such as a major rehabilitation or additions; or 3) inflation or “natural growth” over time in property values due to reinvestment that is occurring in the neighborhood.

City Council must establish a TIF district, based on a redevelopment plan and project budget which identifies development priorities and defines specific terms. For example, while the chart above shows Baseline Property Value remaining frozen over time, a TIF could be structured to receive only a share of incremental tax revenues – leaving the City’s General Fund to also capture some of the benefits from development in the district.[/alert] [box style=”yellow”]

How will this TIF work?

Analysis performed as part of the Providence Streetcar study in 2012 proposed the TIF district to include the area from Prairie Avenue to College Hill. By making a series of public transit and other investments in this area, it was projected that the total value of taxable property would increase by 44% over a 20 year period. New incremental tax revenues would be over $8.0 million within 3 years, growing to over $30 million after twenty years. These projections conservatively assumed that new development on vacant land would be given a 50% abatement, phased out over 10 years.[/alert] 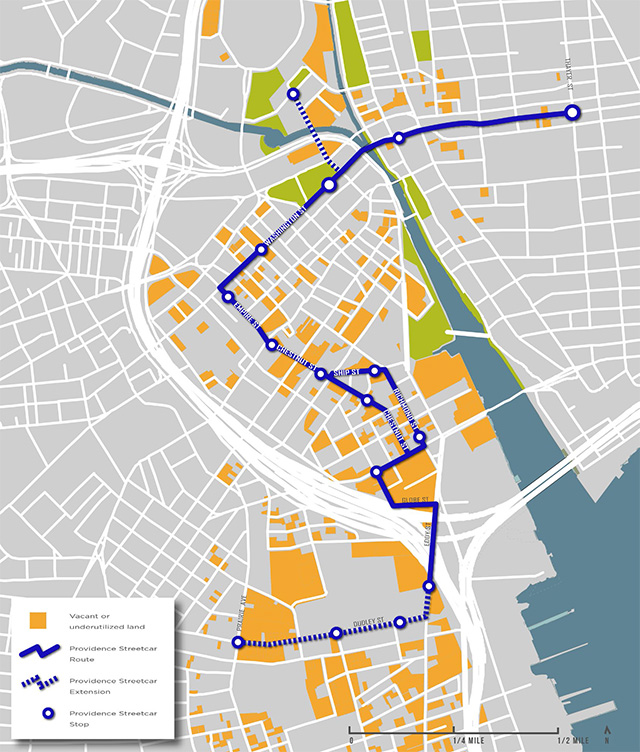 The Streetcar is: a local circulator that will connect College Hill, Capital Center, the Financial District, Downcity, the Hospital District and Upper South Providence