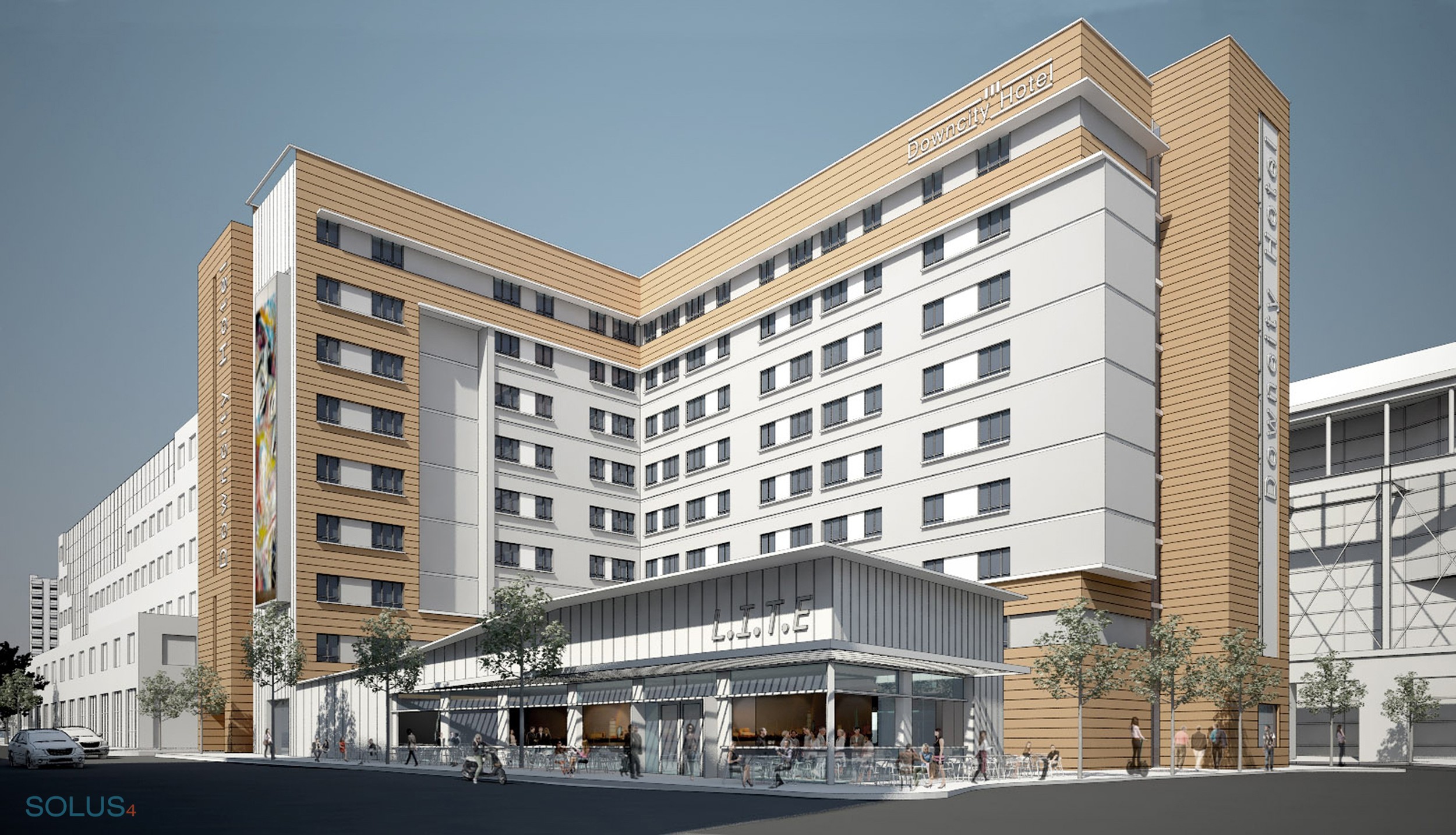 The ProJo reports that The Procaccianti Group (TPG) will announce tomorrow a proposal to tear down the Fogarty Building on Fountain Street to build an extended stay hotel:

The Procaccianti Group is expected to announce plans Tuesday to “build a premium-branded upscale extended-stay hotel” in Providence, right across the street from the Rhode Island Convention Center and the Dunkin’ Donuts Center, on the site of what is now the John E. Fogarty Memorial Building.

TPG already has a 7-year old ‘temporary’ surface parking lot at the site of the Old Public Safety Complex just down the block.