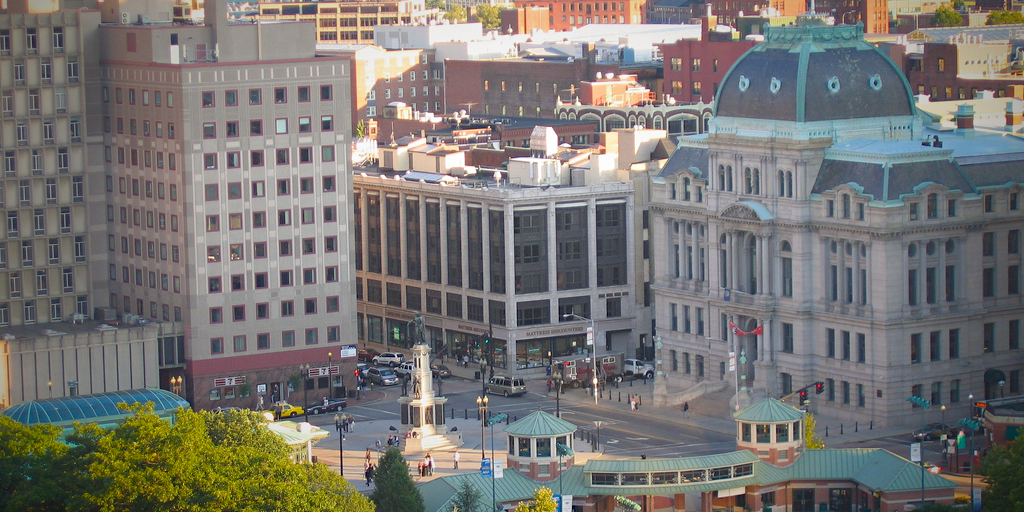 The retailer has been struggling to compete with rival discounters, drugstores and big-box retailers such as Target Corp. and Wal-Mart Stores Inc. To combat slumping sales, Family Dollar embarked on a review of its business this year. As part of its turnaround plan, the company is closing about 370 underperforming stores and opening fewer new ones. It’s also lowering prices in a bid to entice shoppers.

Family Dollar has “consistently underperformed its peers” in same-store sales, total revenue growth, sales per store, sales per square foot, operating margins and capital-structure efficiency, Icahn wrote in the letter, which opened by remarking on the “cordial nature” of the previous night’s discussion.

[alert type=”muted”]Meanwhile, in Providence we’re throwing out our zoning regulations to accomodate the “proven business model” of this “consistently underperforming” retailer. Olneyville risks ending up with an empty big box more craptacular than the building that was torn down to make way for it.[/alert]

“I want to send a loud and clear message to the development community that Providence is open for business,” Solomon said in the news release. “If we don’t bring certainty to this process we are losing a once in a lifetime opportunity to grow our tax base, grow our population and create much needed jobs. I plan to reach out to the developers who have expressed frustration with the process to assure them my plan will remove the politics and uncertainty that has plagued this city for far too long.”

The new system would be based on recommendations issued earlier this year by an economic development task force formed by the city council partly in response to the continued vacancy of the Industrial Trust building.

The concept is called induced demand, which is economist-speak for when increasing the supply of something (like roads) makes people want that thing even more. Though some traffic engineers made note of this phenomenon at least as early as the 1960s, it is only in recent years that social scientists have collected enough data to show how this happens pretty much every time we build new roads. These findings imply that the ways we traditionally go about trying to mitigate jams are essentially fruitless, and that we’d all be spending a lot less time in traffic if we could just be a little more rational.
But before we get to the solutions, we have to take a closer look at the problem. In 2009, two economists—Matthew Turner of the University of Toronto and Gilles Duranton of the University of Pennsylvania—decided to compare the amount of new roads and highways built in different U.S. cities between 1980 and 2000, and the total number of miles driven in those cities over the same period.

“We found that there’s this perfect one-to-one relationship,” said Turner.

Every time I interact with RIDOT I feel like no one there has ever heard of this widely known concept.

Interestingly, the effect works in reverse, too. Whenever some city proposes taking lanes away from a road, residents scream that they’re going to create a huge traffic snarl. But the data shows that nothing truly terrible happens. The amount of traffic on the road simply readjusts and overall congestion doesn’t really increase.

The 26-story former Bank of America tower is being renovated into 250 apartments with 35,000 square feet of retail space. This tower however is not the one we all know in Providence, it is in Hartford:

Currently, Viking is working on abatement and complete demolition of floors 2-25, which will be renovated into 250 studio, one and two-bedroom apartments (ranging from 500 – 1,150 s/f each).

The historic 26th floor will be restored and refurbished to contain common amenities such as a fitness room, pool tables, a screening room, common kitchen, and library. This floor also will include a covered terrace with plenty of seating to enjoy the views in all directions – particularly of the Old State House, Science Center, Connecticut River, and beyond.

The building’s renovation was able to move forward after a complicated array of City, State, and Federal funding sources were cobbled together as reported by The Hartford Courant.

However, Family Dollar representatives told the City Plan Commission in January that they had a proven business model that mandated streetfront parking relative to their proposed store in Olneyville.