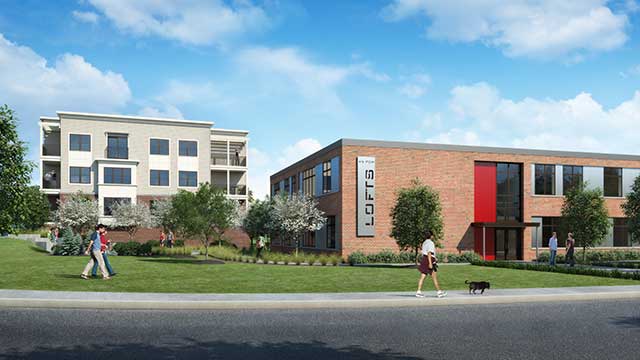 “It’s our belief that there is a movement out away from the big suburban house. People want to live in the heart of something where they can be a part of the community and where they have all the amenities and access to all the great things that are happening at Garden City,” said Jordan Durham of D+P Real Estate.

Second, as I said on Twitter the other day, I might pay a lot of money to ensure that I never had to go to Garden City ever again (I really cannot stand it there), of course I’m sure there are more than a few people who would say the same about Providence, so to each his own I suppose.

All that said, it is encouraging to see people putting real money into apartment living in the suburban sections of our urban core. This won’t be car-free urbanist living to be sure, the article describes the development as featuring underground parking with elevator access, but it will give people the option of dipping their toes into the environment of living closely with neighbors, the option to at least consider walking to Garden City to buy groceries or have dinner… a simulacrum of urban living. It is a start.

For more information on the development visit liveatgardencity.com.