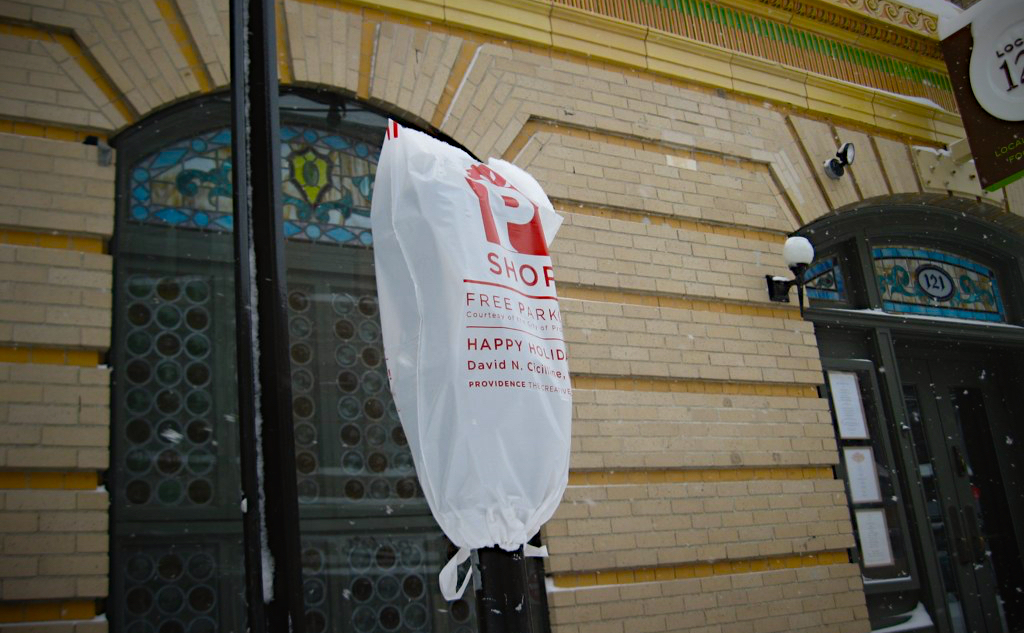 PROVIDENCE – To accommodate holiday shoppers and support local businesses during the busy holiday sales season, Mayor Taveras announced today that there will be two hours of free parking in designated commercial districts throughout Providence.

Shoppers will be offered two hours of free parking from 10 a.m. until 6 p.m. beginning Friday, November 28, 2014 through Thursday, January 1, 2015 in the following commercial districts:

The holiday parking program is designed to make it easier for shoppers to patronize local businesses. The two-hour parking limit will be strictly enforced by parking enforcement officers. Cars parked illegally in prohibited areas, including crosswalks and tow zones, will be ticketed during this period.

So no excuse not to Buy Local this holiday season.