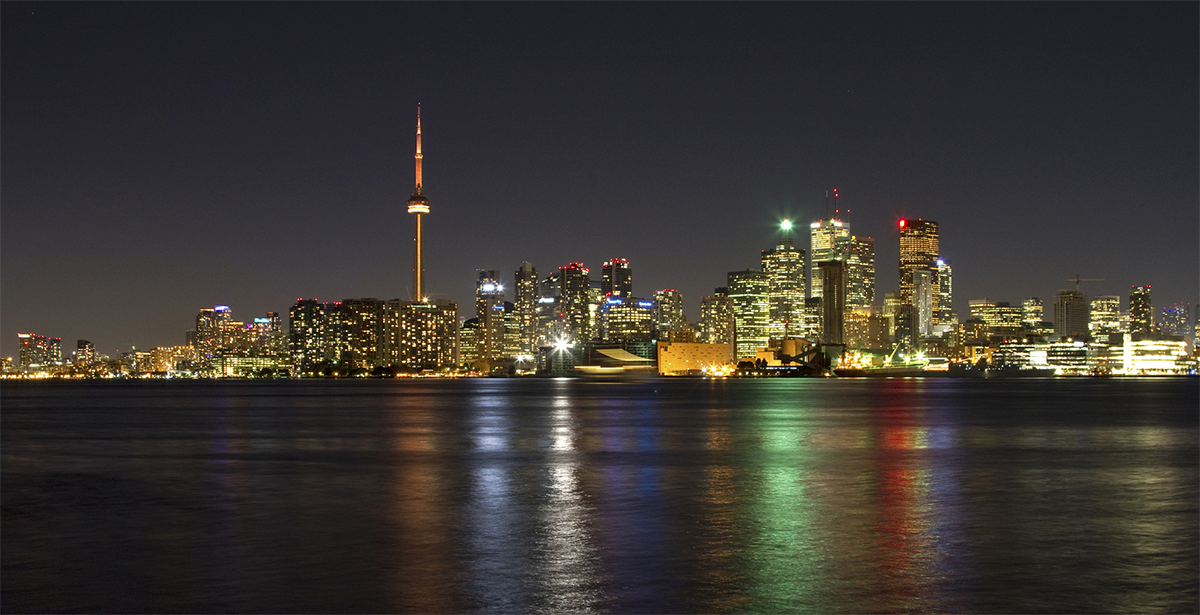 The Globe and Mail: Toronto to narrow traffic lanes in hopes of increasing safety

Toronto will narrow many of the city’s traffic lanes in a bid to increase safety by reining in speeds while freeing up space for bicycle lanes or wider sidewalks.

The city has just finished a new policy for lane widths, guidelines that will be rolled out gradually across Toronto.

It will mean that, over a period of years, the lanes on streets across the city will be redrawn. A city official said current widths can encourage drivers to go faster than necessary. The new lanes will generally range from 3 to 4.3 metres, depending on location.

For example, buses operated by the TTC are up to 2.97 metres wide, including mirrors, and lanes on bus routes are to be a minimum of 3.3 metres wherever possible.

Becoming more bikeable: That seems to be a must for any self-respecting major American city these days. But what does it take to achieve that goal? Resources, of course—the funds to create the infrastructure for safe and comfortable bikeways. But the most important thing is political will. It takes real political leadership to overcome opposition to change.

Just ask people in Pittsburgh, which is making great progress on its goals to become more bikeable. It’s happening partly because of long-term, purposeful advocacy from organizations like BikePGH. But the most important factor in Pittsburgh’s success is the political leadership of Bill Peduto, the city’s mayor of only eleven months.

Indeed, big overhauls in the structure of a city require direct input from a Mayor.

Rhode Island’s cities will drive its economy in the future and leaders should focus investments on the existing assets and people within them, according to a proposed economic-development plan for the state.

Weighing in at 181 pages plus appendices, the plan is an exhaustive compilation of business-community priorities, entrepreneurial trends, executive-branch initiatives, social-justice goals, environmental concerns and land-use principles.

The plan’s clearest unifying theme is the focus on cities fueling the state’s economic engine.

In some quarters, that goal has rekindled city-versus-suburb debates and prompted questions about whether the state should engage in central planning, or leave all decisions to local politicians and the market.

Cities have been around for thousands of years, since the first were settled in Mesopotamia between 4000 and 3000 B.C. But only over the last several centuries have humans moved into cities en masse. Now more than half the world’s population can be found in urban areas. “Cities are very much the dominant habitat of our species,” writes Jason Vargo in the Journal of Environmental Studies and Sciences.

Vargo, a public health scientist and urban planner at the Nelson Institute for Environmental Studies and the Global Health Institute, argues that humans, at least in current population numbers, can no longer survive in solely rural lifestyles. To live sustainably, people need to embrace their inner urbanites—and recognize our species not as Homo sapiens, but “Metro sapiens”. Vargo spoke with Smithsonian.com about this audacious proposal and what it means for our future on Earth.

Odds are your vision includes a home with two kids, as well as two or more cars.

But according to a new study by KPMG, that image is becoming a less common reality. As a growing number of consumers participate in car sharing, wait longer to buy their first vehicle and move to the suburbs, KPMG predicts that in about 25 years, fewer than half of U.S. households will own more than one vehicle.

Making room for bikes on the new Union Avenue bridge

Image from Google Maps Rhode Island Bicycle Coalition posted an update on the Union Avenue Bridge. They asked RIDOT if there was any accomodation for cyclists in the new bridge design and were told: The new Union Ave...