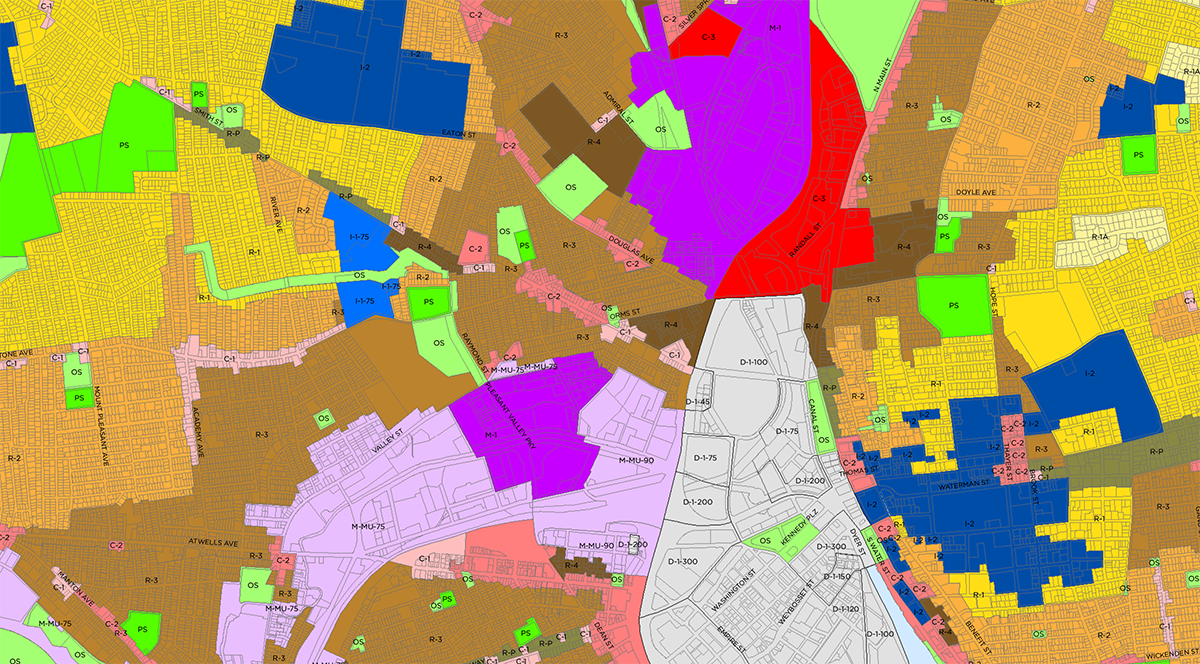 What does everyone else think?

Information from the City:

The zoning is a critical tool to implementing the city’s goals for smart, sustainable, equitable and transit-oriented development; it implements the vision of the city’s Comprehensive Plan and other policy adopted in 2012, and is the result of extensive public input – including 10 neighborhood plans – from 2005 through 2012. The new Ordinance provides a clear framework for guiding growth and was one of the Mayor’s major initiatives in his 20-point plan, Putting Providence Back to Work, released in March 2013.

The document is the result of a 1 ½ year collaboration made possible by a HUD Community Challenge Planning grant, through its office of Sustainable Housing and Communities. The city hired Camiros, an award-winning consulting firm with national zoning experience, to help write the new Ordinance. The City Plan Commission voted unanimously on August 19, 2014 to recommend the City Council approve the new Ordinance. It was subsequently approved at the November 6 and 20 meetings of the Council.

The new Ordinance includes revisions to existing Ordinance including district standards, use permissions, processes, and development standards. It streamlines the development process. It allows for high-quality mixed use development where appropriate and helps better preserve, strengthen and protect the historic pattern of development central to the character of the city. It also includes many changes to the Zoning Map, such as geographic boundaries of current zoning districts, consolidation of existing districts and creation of new ones.

Examples include: a new R-1A district in the Blackstone area to prevent subdivision of large residential lots; General Residence and Multi-Family resident replaced by one R4 district to consolidate medium & high density into one simplified zone; consistent standards for major C1/C2 commercial corridors; new transit-oriented development (TOD) to encourage more intensive development on portions of major transit routes of North Main and Broad Streets. It also includes a new Landmark Historic District expanding the current non-contiguous Industrial Commercial Buildings District with voluntary inclusion of residential or institutional properties based on National Register or other criteria; expanded uses in W3Waterfront zone ensuring that LPG as with other fuels is an allowable use for storage and distribution, facilitating current industrial expansion as a long term use.