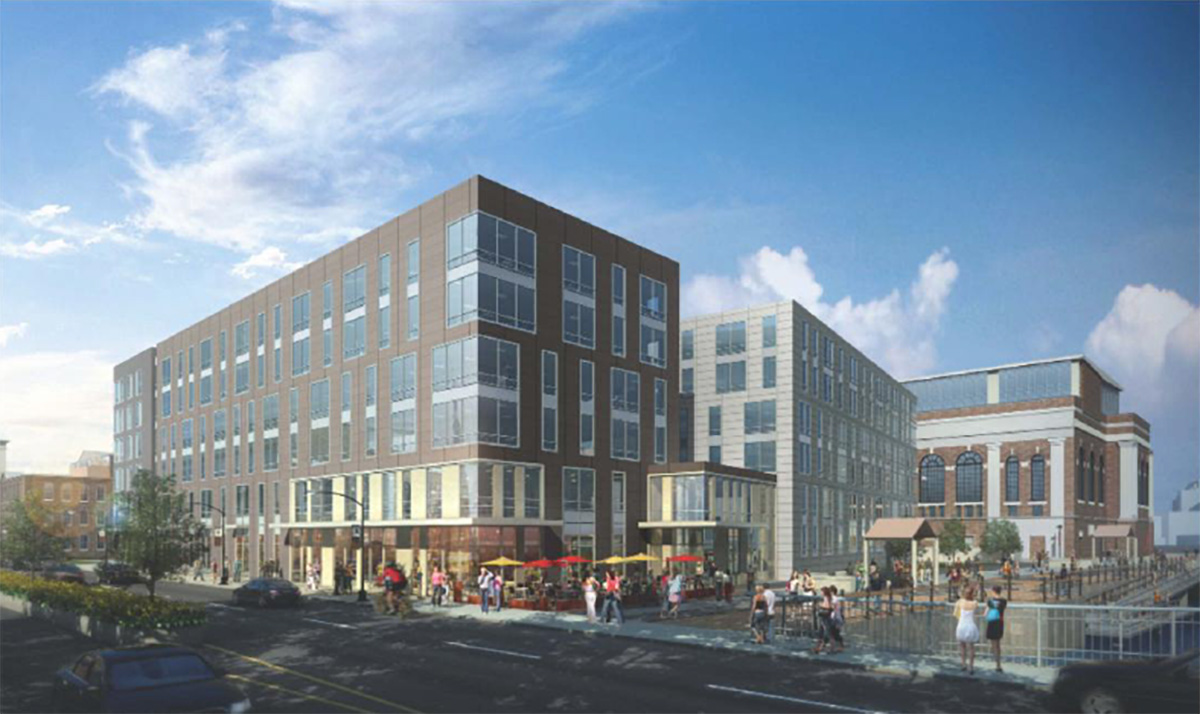 The revamp — expected to be complete by the fall of 2016 — will result in a nursing education center shared by Rhode Island College and the University of Rhode Island, as well as graduate housing and administrative offices for the University.

Officials joked that this would be “the last groundbreaking at this particular site,” said Dick Galvin ’79, president and founder of Commonwealth Ventures Properties, poking fun at failed past projects that attempted to renovate the former power station, which is on the National Register of Historic Places. Prior to the actual groundbreaking, officials ranging from Galvin to Gov. Lincoln Chafee ’17 P’14 P’17 voiced their excitement about the project to a crowd of more than 200. 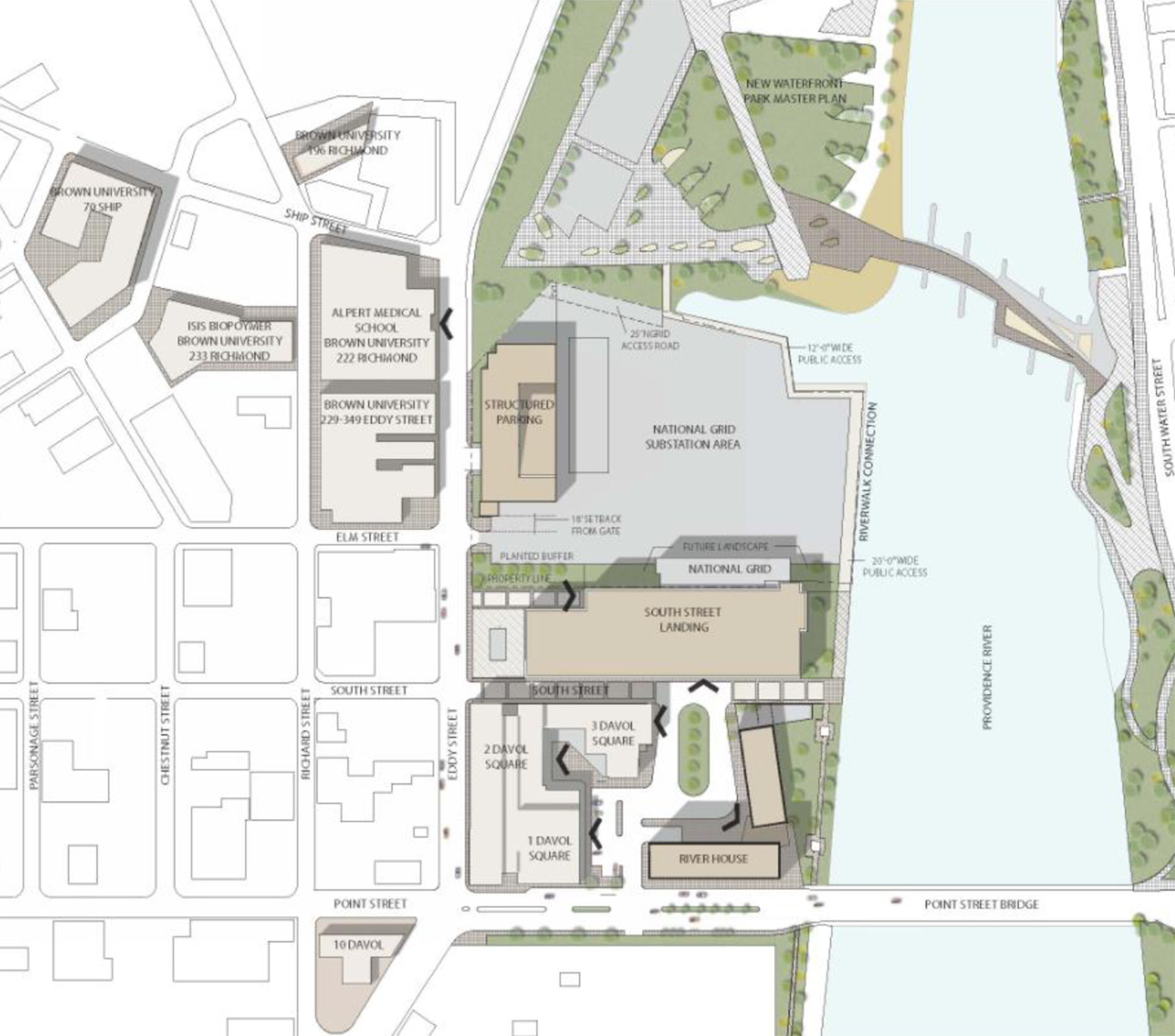 From the Project Summary:

The $206 million development includes three separate projects (1 commercial, 1 residential, 1 parking garage) that will be permitted, designed and constructed on different schedules between September 2014 and August 2016.

The first project is the South Street Landing. It consists of approximately 265,000 square feet of academic and office space located in the Jewelry District of Providence, Rhode Island. The Project, located in the vacant former South Street Power Station on the Providence riverfront, will be occupied as follows:

The second project is the River House Student Housing Project (“River House”). This development consists of a 220-bed student housing development that will service the student housing needs of graduate, medical and upper level nursing students. The Project is a newly constructed 6-story, 134,000 square foot project in two buildings fronting Point Street and the Providence River. The ground floor will contain a lobby, a café/ restaurant and other neighborhood retail.

The third component of the development is a 650-space parking garage which will be constructed on land leased from NGRID adjacent to South Street Landing along Eddy Street. The garage will be privately owned financed and owned.

Combined with the plan to build 500-beds of student housing on Chestnut Street, the Jewelry District is about to get a lot more people populating it.