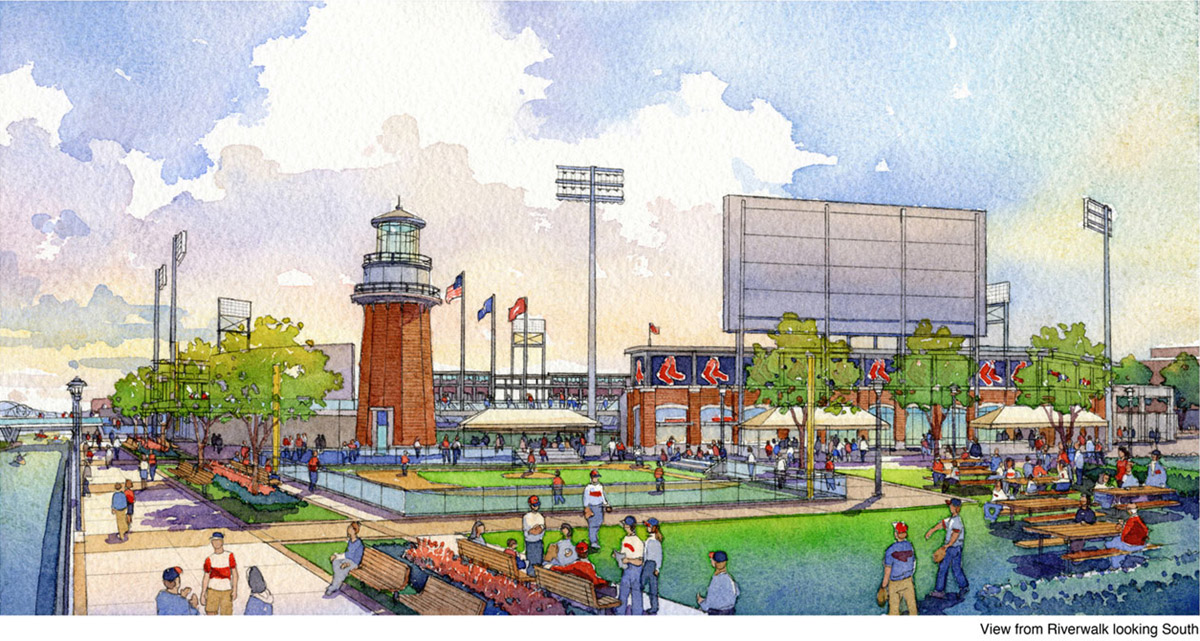 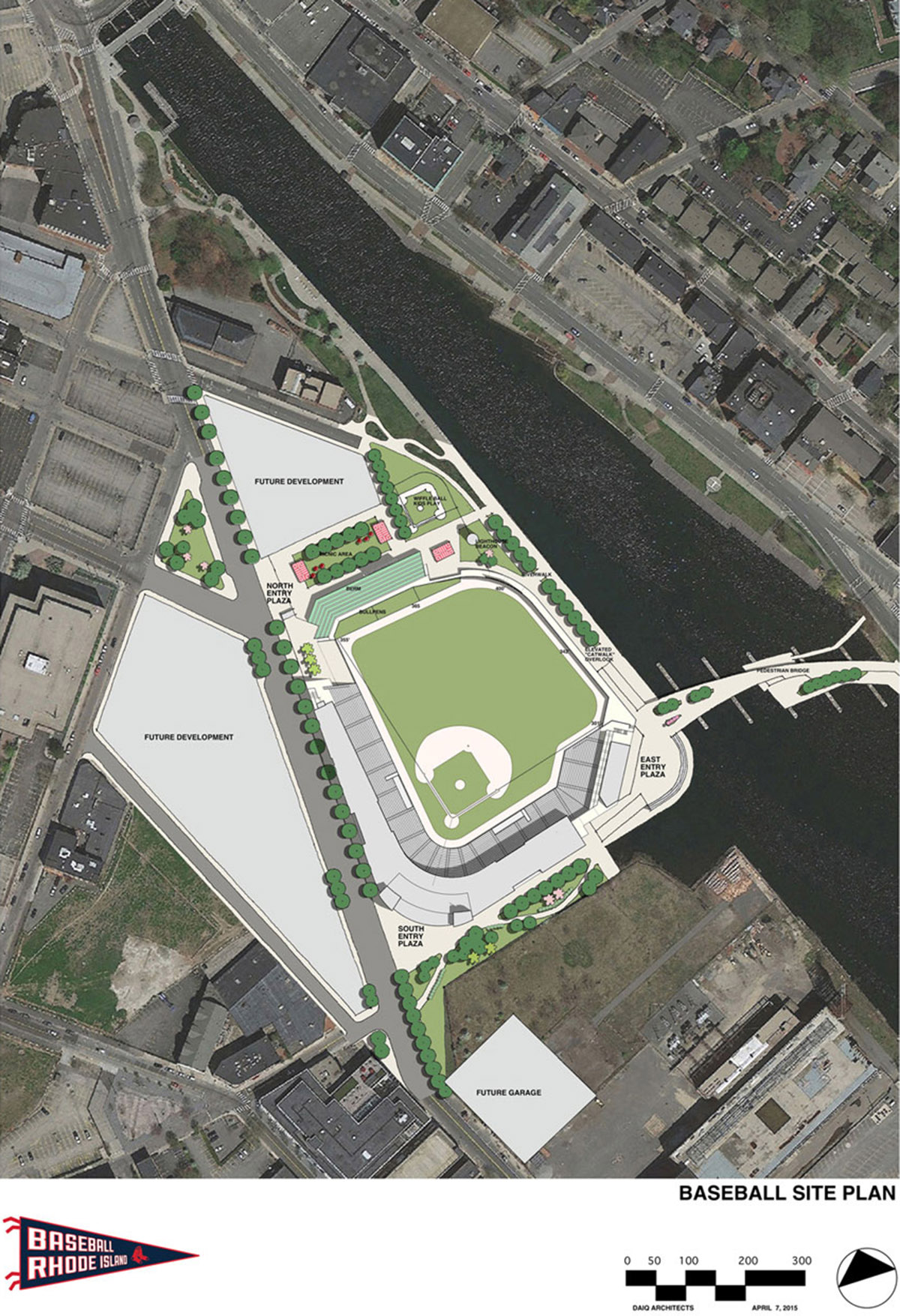 Statement from the City:

PROVIDENCE, RI – The City of Providence today announced a framework to guide a collaborative, transparent review of today’s proposal to construct the Red Sox’ minor league baseball stadium in Providence.

The nine-point framework —collaboratively developed by Mayor Elorza and City Council President Luis A. Aponte with input from the Raimondo administration— will guide a process that analyzes the proposed stadium’s environmental, land-use and traffic impacts; considers the project’s ability to economically benefit the City and State; and assesses its anticipated return on public investment.

“The prospect of keeping the Red Sox’ Triple A team in Rhode Island represents a significant and exciting development opportunity for our city and state,” Mayor Elorza said. “We have coordinated to develop guidelines that ensure a thorough analysis of the stadium proposal. As Mayor, I am committed to continue working in close coordination with Governor Raimondo, Council President Aponte, our leaders in the General Assembly and the I-195 Commission as we move forward to make Providence and Rhode Island a better place to work, live and do business in the long term.”

The framework provides a path to comprehensively evaluate the stadium proposal, including federal, state and local regulations for the I-195 District, the project’s environmental and urban-design impacts and other infrastructure investments that a stadium might require.

“The stadium has the potential to be catalytic and transformative in the way residents and visitors experience Downtown Providence. With the promise of drawing hundreds of thousands of spectators annually to the city, the stadium could help spur development of the nearby I-195 parcels, and generate additional revenue for the city and the state,” said Council President Aponte. “We are committed to working with the Governor, the General Assembly, and the developers to ensure the project aligns with our goals and vision for the city, and that it is a good investment of our resources.”

“One of the most exciting prospects is connecting young people in our neighborhoods to the proposed stadium,” continued President Aponte. “Many may, for the first time, have the opportunity to watch minor league baseball players, and to see some of those players advance to the major league level, and that is inspirational. As well, the cultural events, and other proposed uses of the stadium, are a critical piece of the plan, so that the city gains a venue that will have broad appeal and community benefits.”

Mayor Elorza and Council President Aponte look forward to reading the written stadium proposal once it is received from the Red Sox franchise and working together in the coming weeks to begin the review process in conjunction with Governor Raimondo, the I-195 Commission, the General Assembly and other stakeholders.

Use of Park Space – Review will ensure that a proposal to repurpose I- 195 land designated for public park space complies with federal requirements for the district.

Infrastructure Requirements – Review will evaluate the proposed project’s impact on both on-site and off-site infrastructure, including utility infrastructure, existing and new public transit requirements and anticipated street closures, taking into account both cost and timeline for implementation.

Urban Design and Integration – Review will consider the impact a project will have on surrounding commercial, residential and recreational uses. Sight lines, street-scape, water access, Riverwalk and CityWalk access are factors that will be reviewed to ensure the project makes Providence and Rhode Island better places in which to work, live and do business in the long term. The review will also consider conformance with Providence’s Zoning Ordinance, including building design standards.

Multi-use Feasibility – Careful consideration will be given to the flexibility and alternate usage opportunities of the proposed project. This includes the feasibility of hosting various athletic events, as well as recreational, retail, performance and community uses. The review will also take into consideration the potential impact of competition with existing venues in the City and surrounding area.

Public Impact – Review will weigh a proposal’s commitment to contribute to the community and seek to ensure that the project’s proposed uses will serve the community well. Demonstrated support from local institutions and community partners will be well regarded.

Traffic Impact – Review will analyze a project’s impact on overall and event-driven traffic including motor vehicle, alternative transit and pedestrian flow, as well as analyze increased demand for parking and its impact on existing nighttime parking facilities.

Economic Impact –Review will examine a project’s immediate impact on City and State revenues and expenses, as well as the long- and short-term economic impacts of the project on the I-195 District, the City of Providence and the State of Rhode Island, including direct and indirect job creation.

Cost/Benefit Analysis – Review will consider a project’s capital costs and any request for direct and indirect public investments to ensure a secure and sustainable ratio of public/private investment on capital and operations.

[alert type=”muted”]And yes, there is opposition:
No new stadium for Providence[/alert]