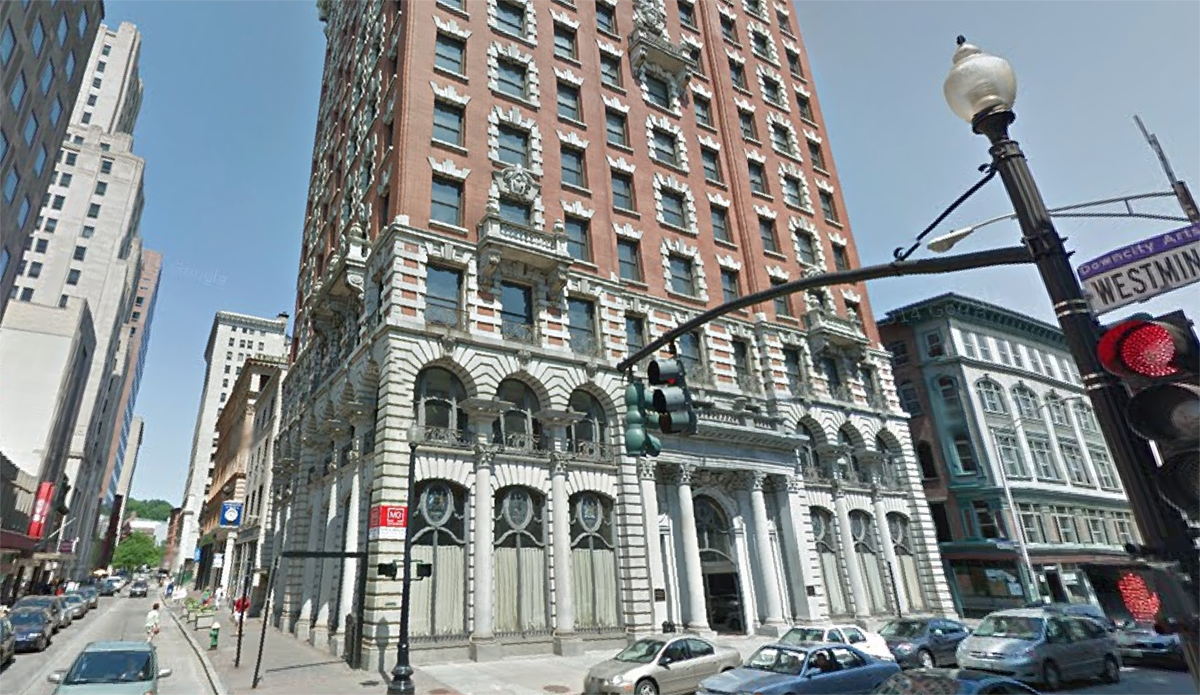 I think most of us know this as the Federal Reserve Building, or, where the Dorrance is.

The landmark Union Trust Co. building downtown has been sold to the development group that produced the Providence G complex, with plans to convert its offices to apartments.

The building, at 170 Westminster St., includes The Dorrance restaurant on the ground floor. The restaurant will remain, and a second floor converted to commercial space. The remaining 10 floors of the mid-rise building will be renovated over five years into rental apartments, according to Brendan Moran, property manager for both the Providence G complex and the Union Trust building.

The article says the full renovation will take 5-years, but they plan to start leasing the end of this year, which seems weird. It will be nice to have another 60 units downtown.

PBN reports on plans to renovate the Woolworth Building at the corner of Dorrance and Westminster Streets Downcity.

Downtown Providence Living Tour Showcases 9 Properties in the Heart of the City Offering an Up Close and Exclusive Look at the City’s Newest Developments, including the Arcade Providence and Providence G Get the...