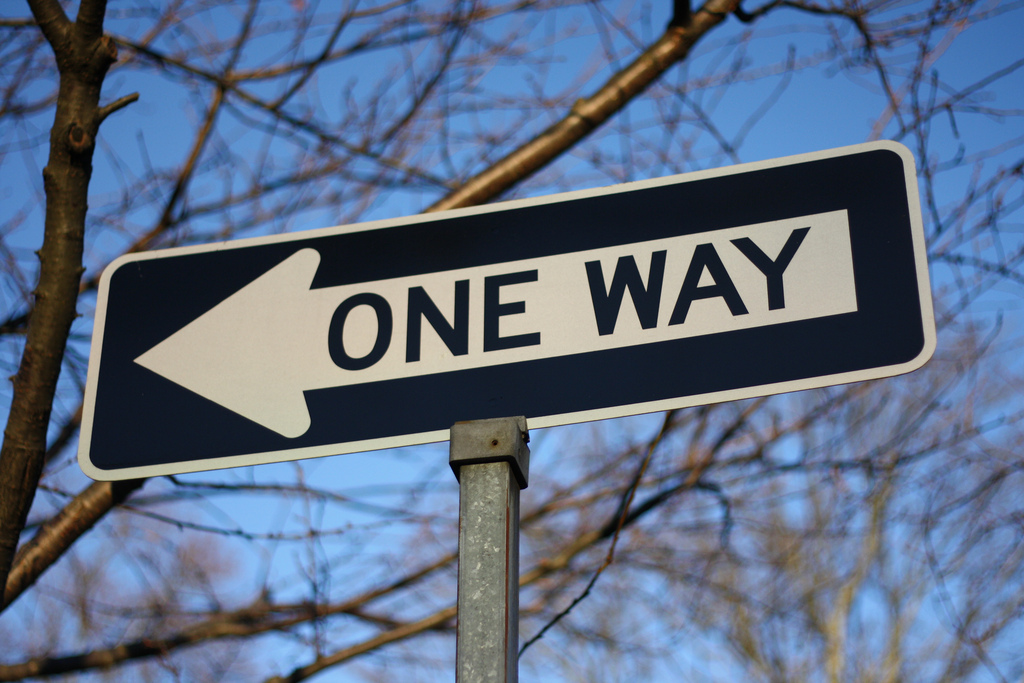 Some months ago, I wrote that laws against so-called “jaywalking” (that is, crossing in places other than crosswalks or where traffic lights encourage pedestrians to cross) fail to promote safety, because traffic lights are inadequate guides to safety. When crossing midblock, a pedestrian need only watch out for traffic coming in one direction—right toward her. By contrast, when crossing at a light, a pedestrian may be in less danger from cars coming straight at him, but may be attacked by cars making left and right turns. Moreover, it is not at all clear that jaywalking is a major cause of pedestrian fatalities; although most crashes do occur outside intersections, these crashes often occur in places where there is no easily available crosswalk. According to traffic writer Tom Vanderbilt, “While jaywalking is often cited as a cause of pedestrian accidents, less than 20 percent of fatalities occurred where a pedestrian was crossing outside an easily available crosswalk.” And even where a pedestrian is jaywalking, a crash may be caused primarily by driver misconduct.

“Replacing broken windows and doors is an effective deterrent of crime—and a low-cost alternative to demolishing abandoned buildings,” MacDonald said. “During a time when big cities like Philadelphia are looking to tackle issues of crime and violence, this study points to a potentially effective tactic for municipalities to continue or implement in helping make their neighborhoods safer and ultimately improving health outcomes.”

Prior research suggests that vacant and abandoned places have a significant and negative impact on community health and safety. The “broken windows” theory proposes that abandonment sends a signal to would-be offenders that committing crimes is acceptable and will likely go unchallenged or unseen. A sister study of abandoned land, not buildings, conducted by Branas, MacDonald and others in 2011 found an association between greening remediation of vacant lots and reduced risks of neighborhood violence, stress, and sedentary behavior. Other studies have found associations between boarded-up buildings and drug-related deaths and sexually transmitted diseases.

This city, long derided for its high crime, is starting to attract something once thought unfathomable downtown: permanent residents. A partnership between Pan Brothers Associates, based in Manhattan, and a local developer, Dominic J. Marchionda, coupled with a few assists from a local architectural firm, is bringing pedestrian traffic into what were once streets of desolation.

CityLab: The Many Benefits of Making One-Way Streets Two-Way

From a traffic engineering perspective, one-way streets are all about speed. Without the danger of oncoming traffic, one-way streets can feel like an invitation to hit the gas. But swift traffic flow isn’t the only factor by which progressive cities judge their streets, and as safety and livability become more important, a number of metros have found the case for converting one-way streets into two-way streets a compelling one.

A pair of planning scholars has evaluated just how well the safety and economic claims held up following the street conversions. In a word: very. William Riggs of California Polytechnic State University and John Gilderbloom of the University of Louisville report that compared with nearby, parallel streets that remained one-way (2nd and 3rd), Brook and 1st experienced fewer collisions, less crime, and higher property valuations.

The New York Times: When Pedestrians Get Mixed Signals