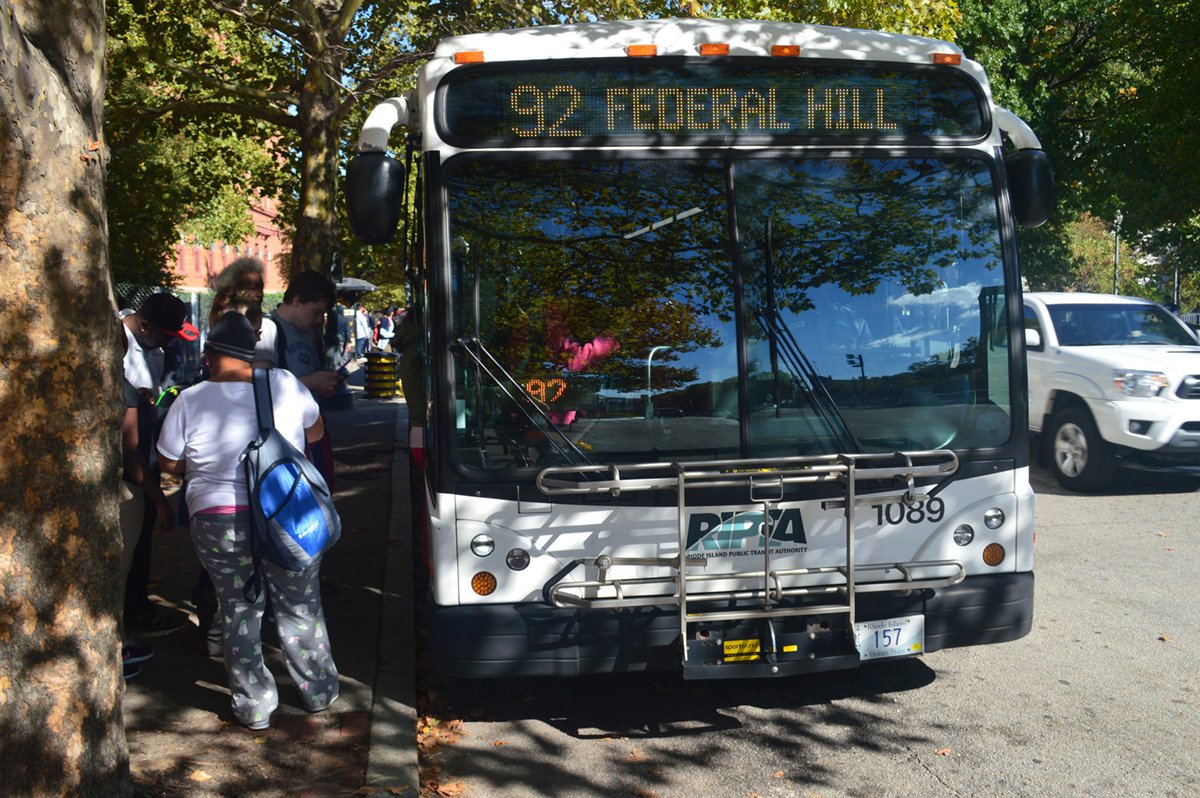 The Bicycle Lobby posted the following Tweet this evening which I retweeted:

You are not sitting in traffic. You are causing a global climate crisis, destroying the social cohesion of your community, and getting fat.

Typical Bicycle Lobby of course, but one of the responses to my retweet was:

Wha? The original Tweet did not mention, suburbs, loneliness, nor isolation.

It made me think however, is our auto-centric environmnent actually most harmful (isolating and lonely) not for suburbs, but for small cities? Small cities like Providence?

Looking at the chiefly middle-class conversants which populate Twitter (i.e., ignoring the lower-class people who are being priced out of our urban cores into the suburbs, or the growing elderly population which is more and more unable to drive, which are both the topics for some other posts later), I think, maybe yes.

Also tonight, a friend invited me to a party tomorrow in Warwick. My first thought was, ‘forfucksake, how will I ever get to Warwick, where in Warwick?’ Were I a resident of Boston, and the invite was to say, Somerville. My reaction would be, ‘boo, Somerville,’ but I can make that work. The T runs to Somerville. When I lived in Boston I went (reluctantly) to Somerville. But here in Providence, an invite to Warwick, without a car to get me there, creates way more trepidation.

In fact, from Federal Hill where I live, an invite to the East Side would cause much thought about how I would get there. What is the bus schedule, can I afford a cab or Uber if I decide to stay later than RIPTA runs?

It is the small size of our urban core compared to the rest of our state dominated by the ‘automobile lobby’ which creates a situation, where I, who lives in the diminutive urban core, without a car, feels lonely and isolated, due to our lack of investment in robust transit and cycling infrastructure.

Were I to live in say Coventry or Cranston, and recieve an invite to a party in Warwick, a person at my economic class level, would likely own a car and not think twice about the invite. Sure, I’d go. But living in a small city, without a car, and anticipating that I’d like to get a bit wasted at a friends party, I’m left feeling lonely and isolated, in the city.

Jef Nickerson, founder and editor of the urban planning and development blog Greater City Providence, told WPRI.com that it is “disappointing that Rhode Island prioritizes funding for automobile infrastructure but...