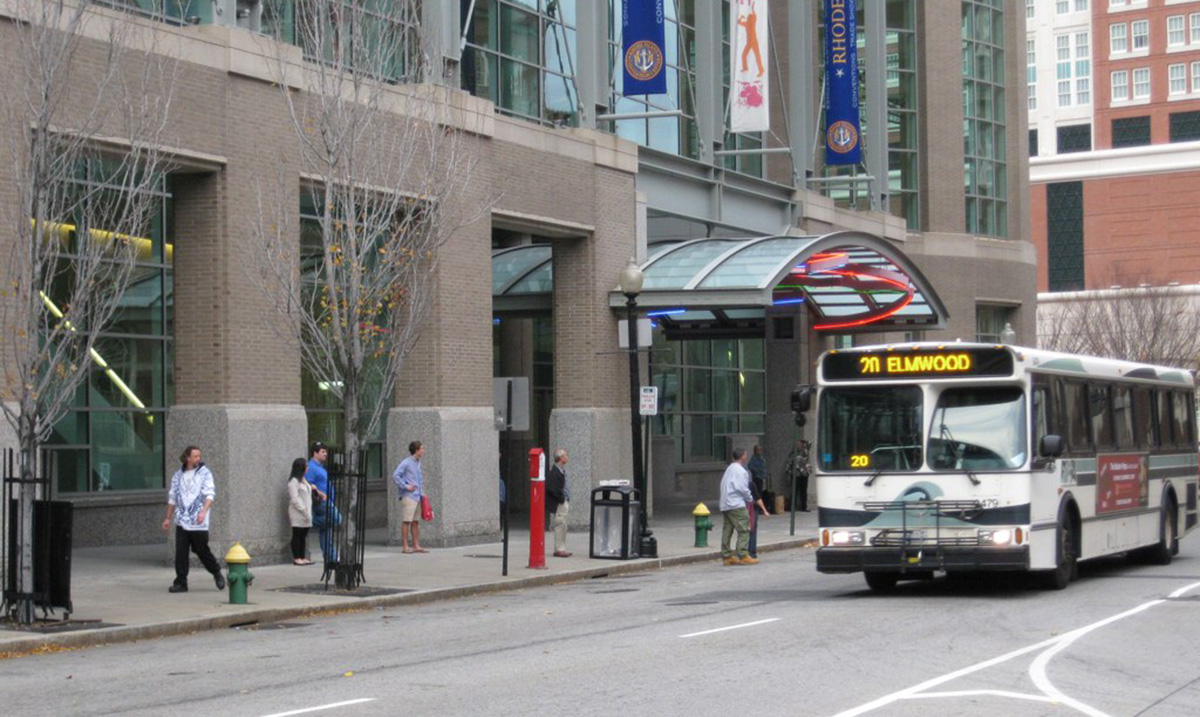 News from PBN and EcoRI about RIPTA’s proposed fare changes:

A U.S. census survey, called the American Community Survey, in 2013 reported that 2.9 percent of Rhode Islanders used public transportation at least once a week.

Largely because of its small size, Rhode Island has a density that rivals New Jersey — with 1,018 people per square mile. For comparison purposes, 10.8 percent of the New Jersey population used public transportation, while 27 percent of the state of New York did so, according to the census survey.

Rhode Island’s density is what officials at state transportation agencies point to when arguing that increased investment in public transit is a smart move.

And despite Rhode Islanders’ seeming preference for their own vehicles, demographic trends favor public transportation.

In the survey, conducted in the spring, about 60 percent of respondents identified availability of buses as a priority issue.

Partly in response to the surveys, the authority is looking to establish more services similar to the R-line, a popular eight-mile route connecting Providence and Pawtucket, which offers expedited trips. The R-line has its own stops, and buses come every 10 minutes. Launched in June 2014, the R-Line accounts for 15 percent of the RIPTA ridership, with more than 2.6 million rides in the last fiscal year, according to the authority.

The Rhode Island Public Transit Authority (RIPTA) recently unveiled several proposals to update fare rates at four public meetings around the state. While the base fare — $2 a ride to travel anywhere in the state — will likely remain unchanged, other fare types, such as multi-day and monthly passes, could rise in cost. Express-route fares could increase from the base fare to between $2.50 and $4 a ride.

Perhaps most significantly, seniors and people with disabilities will likely have to start paying to ride the bus. RIPTA, until recently, was required by law to provide free bus passes to those populations, which account for about a quarter of all bus trips annually.

The proposed changes are part of a transit fare study launched by RIPTA in April. The study is designed to review current and study alternative fare rates. It comes at a time when RIPTA is attempting to increase revenue to overcome an annual budget deficit, and prior to planned fare-box upgrades on buses.