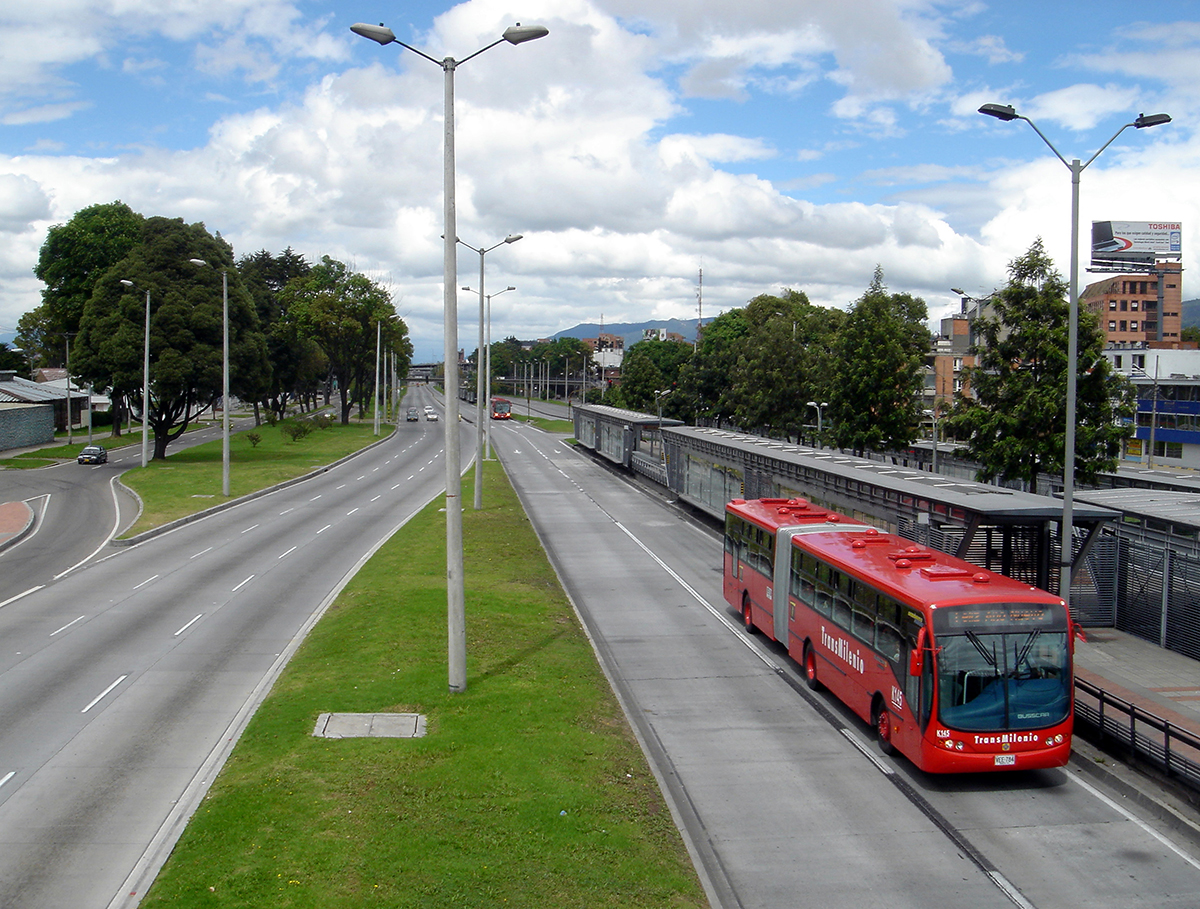 [alert type=”warning”]This post was submitted Greater City Providence reader Peter Brassard. If you’ve written something you’d like us to consider posting, please contact us and let us know.[/alert] [alert type=”info”]The Coalition for Transportation Choices (CTC) with the collaboration and assistance of Grow Smart RI will present on Tuesday, December 1st NEXT STOP: Making Transit Work for Rhode Island, a forum for business, civic and political leaders—together with transit riders.

The following is the first of a series of articles meant to encourage thought and discussion on Rhode Island mass transit issues. I will try to offer perspective on several transit modes, as well as suggest potential strategies for improving transit in the state. I urge others to put their own ideas forward and to comment and improve upon mine.[/alert]

The primary issues for Rhode Island mass transit are:

The first topic, which follows, is on BRT (Bus Rapid Transit).

BRT is the use of buses using mostly exclusive right-of-ways to increase travel speed and reduce delays. The system features stations with platforms. Fare payment occurs within the station or elsewhere, but not on the bus. Generally, when a bus enters a station, multiple doors open to speed up the boarding process for passengers exiting or entering.

The state is interested in exploring the possibility of incorporating BRT routes as a part of the Olneyville Expressway replacement. Others, as well as myself, have suggested downgrading the highway(s) to a boulevard, similar to what has been done with the West Side Highway in New York and the Presidio in San Francisco.

Whether the road is rebuilt as a highway or boulevard the same questions come up, when BRT is considered as a part of the road replacement.

Exclusive BRT lanes can be located on the extreme right or left side of the road. There are different advantages to both.

Bogotá as well as Curitiba, Brazil use high-platform buses, which is not as necessary today with newer low-floor bus design.

Besides equipment limitations with left side BRT lanes, an advantage is that the left BRT lane can be also used as an express lane for cars. The lane could be used as a High-Occupancy Vehicle (HOV) lane requiring a minimum of 2+ passengers.

In light of the current toll discussion and a need to find additional funding for road and bridge repairs, another approach for using the special express lane could be to charge for its use—an E-Z Pass lane. This would be a voluntary toll for faster travel. Drivers would be able to continue using the road for free, but only in the right lanes. Among other places there are examples of E-Z Pass lanes in use in the DC area and California.

Where E-Z Pass lanes or HOV lanes are most needed are Routes I-95 (between Rt. 4 and Pawtucket), the length of Rhode Island I-195 and the 6/10 Connector east of Olneyville, but not as much on Rt. 6 and Rt. 10 beyond the Olneyville Square area where much of the BRT lanes would likely be built.

The BRT right lane alternative would most likely preclude an E-Z Pass or HOV lane for cars, but the advantage would be that BRT buses could mix with RIPTA’s conventional bus fleet using the same dedicated transit right-of-way. Stations could be simpler.

In the following map, I’m suggesting two BRT routes, one following Route 10 from Park Avenue in Cranston and another from the Route 295 and 6 interchange in Johnston. Both routes would terminate at Kennedy Plaza (or Burnside Park). 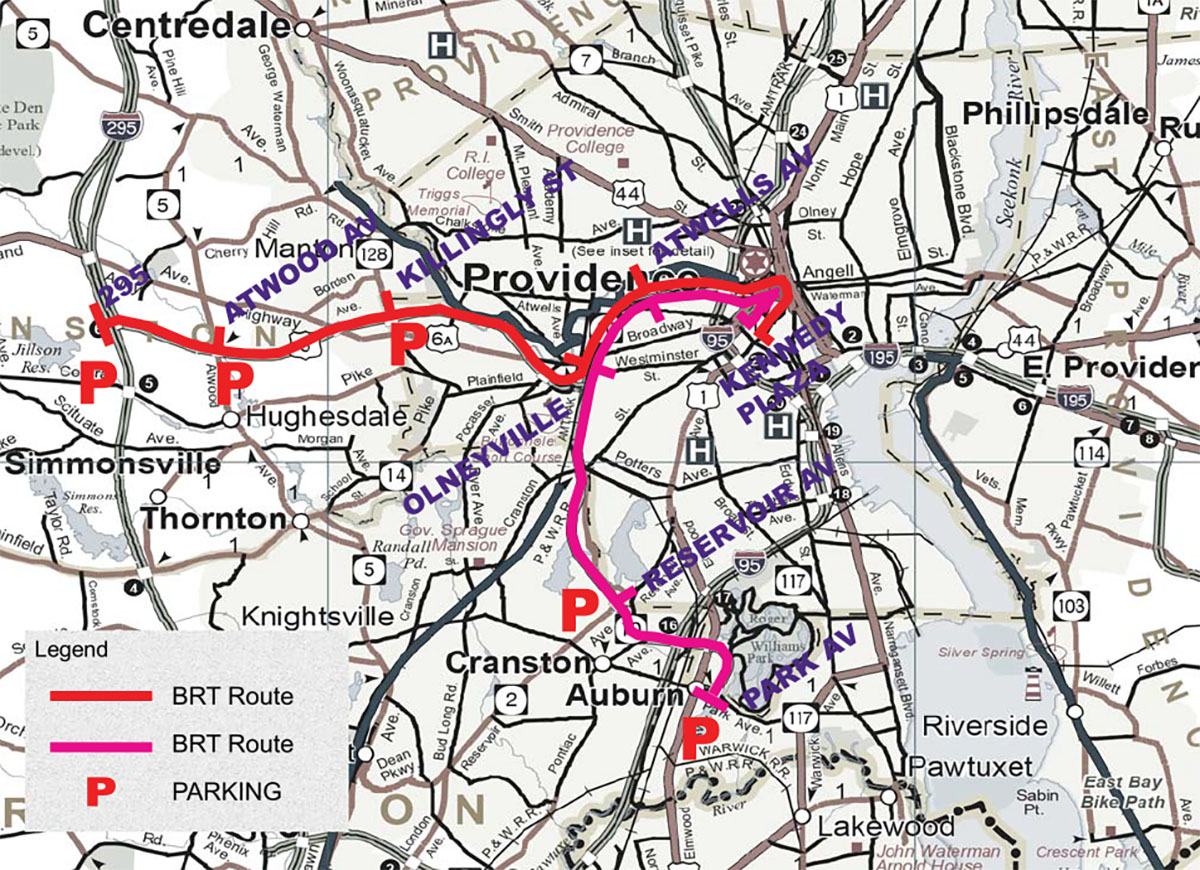 In this plan Park Avenue, Reservoir Avenue, I-295, Atwood Avenue, and Killingly Street would have Park and Ride parking lots. There would be no special parking provided between Olneyville and Kennedy Plaza. 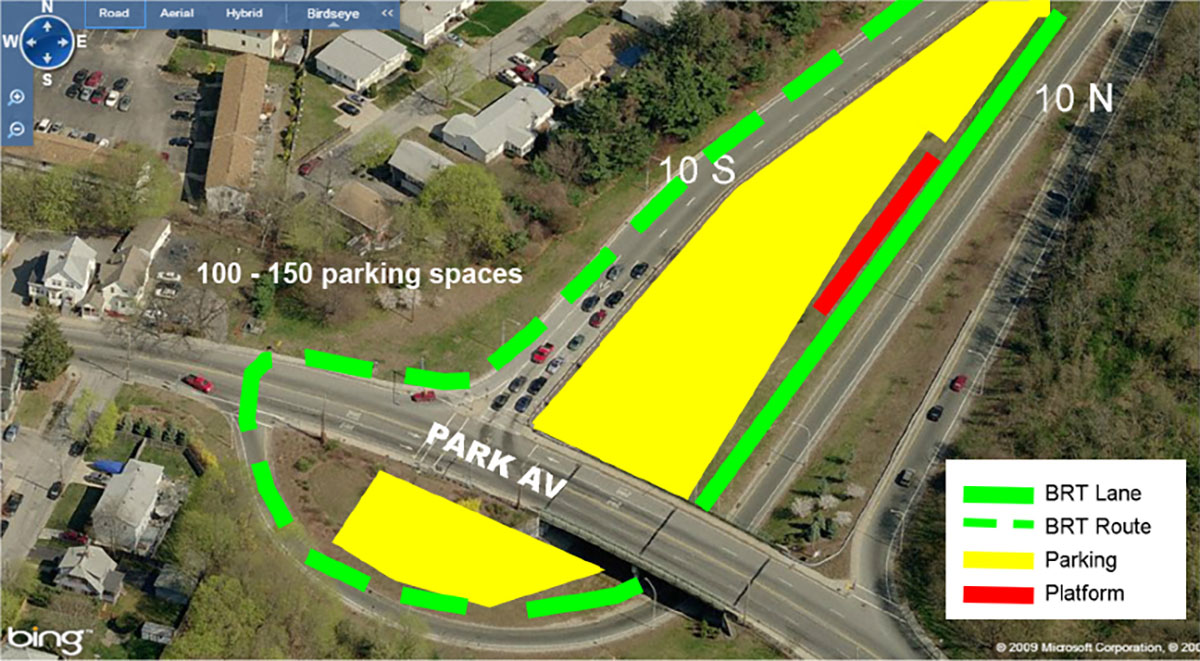 Reservoir Avenue presents a great opportunity for a Park and Ride using the land of a recently abandoned exit ramp. Rt. 10 has the width for additional two left lanes plus a smaller median. The spacing might be tight to provide two BRT lanes and a center platform with an elevator and stairs leading down from the sidewalk of Reservoir Avenue. Even with the constraints of the overpass it may be possible to squeeze the car travel lanes slightly right to allow enough room for a station.

It would be easier to build stations at Atwood Avenue and Killingly Street, since the existing left travel lane could be converted into an exclusive BRT lane. The existing wider median has more room for a center platform. At I-295 the BRT bus could loop around from westbound to eastbound under the overpasses. It’s possible to park 200-300 cars in the center median area.

The big question is who would be using this BRT bus service along these two routes? The suburbs west of 295 are not densely populated. The likely catchment area would mostly be from Smithfield, Johnston, and western Cranston. For Cranston residents near Park Avenue would it be worth parking to take the BRT or just drive into the city?

The BRT could become popular as a way to avoid paying for parking in Downtown Providence, but Park and Ride lots would have to be free or near free. Without major anchor or hub destinations at Park Avenue and Route 295, would the BRT only be used heavily around the rush hours and less so at other times? How would parking be expanded?

If the state goes forward with a BRT plan for the 6-10, then marketing the system, as with other transit branding, is as important as providing the service. The BRT could be called PRO-BUS. PRO-BUS can be read in several ways, PRO for Providence, PRO for progressive transportation, or PRO for professional bus. There are certainly other interpretations.