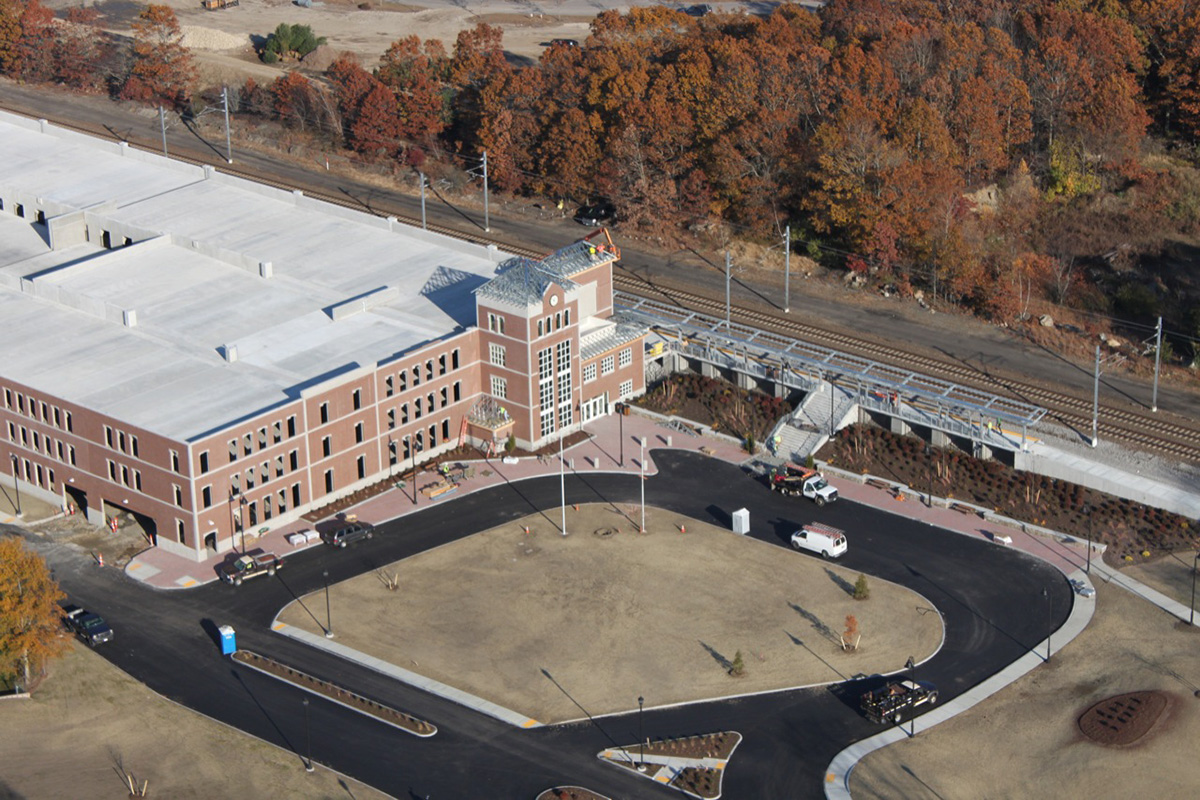 The Rhode Island Department of Transportation (RIDOT) and the Rhode Island Public Transit Authority (RIPTA) today announced the expansion of bus service to the Wickford Junction Transit Center in North Kingstown. Effective Monday, December 7, 2015, this move will provide one-stop consolidated transit services, including rail, bus, and carpooling for commuting and easy access to shopping, sports, and other entertainment activities in Providence and Boston.

“Improving service and reducing operating costs at Wickford Junction has been a major focus of attention at RIDOT, and we are pleased to provide these changes with the assistance of our partners at RIPTA to make the station a full-featured transit hub for South County,” RIDOT Director Peter Alviti Jr. said. “With trains and buses under one roof, commuters have more options for transit and can avoid the hassle of rush hour and costly parking in Providence and Boston.”

“We appreciate DOT’s efforts to ensure that our commuters will have improved parking conditions and that the parking will remain free,” said Raymond Studley, Chief Executive Officer of RIPTA. “Also, they will have a direct connection to commuter rail. We are looking forward to continuing to work with the Department of Transportation on this and other intermodal projects.”

With the expansion of bus service, the Center’s operating hours will expand to seven days a week, 24 hours a day, with bus service on weekdays and weekends complementing 20 MBTA commuter rail trips each weekday. The existing facility provides free covered parking; electric charging stations; restrooms; vending machines; and a heated indoor waiting area. Initially, access to restrooms and the indoor waiting area will be available weekdays only until additional building improvements are completed by late January 2016.

Starting December 7, RIPTA will provide a total of 64 bus trips per weekday (34 inbound and 30 outbound) between the Route 65X (Wakefield Express) and the Route 66 (URI/Galilee). These weekday bus trips will join the existing 20 rail trips to provide 84 trips per day to and from Wickford Junction. Weekend bus service will be provided with a total of 39 trips each Saturday and 24 trips each Sunday on the Route 66 URI/Galilee. These buses will provide continued connections to/from Providence, filling the gaps in the MBTA rail schedule. Together the bus and rail services will provide a much more robust schedule for travelers.

Combining both bus and train service at the Center will now permit the closure of the Route 102 Park & Ride lot, a half mile away from Wickford Junction. After leaving the train station, the Route 65X and Route 66 inbound buses will travel north on Route 2 where they will service another Park & Ride lot located at the intersection of Route 2 and Route 4 in East Greenwich before entering the highway. Both bus routes are very popular with the 65X bus offering commuters morning and afternoon loops through downtown Providence so they get on and off close to their work destinations. The Route 66 bus has approximately 30,000 boardings a month, and trips that connect Providence, the University of Rhode Island, and the Block Island Ferry landing in Narragansett.

RIDOT and RIPTA also will debut a cross-fare feature, allowing riders to use MBTA monthly passes to also ride buses to and from Wickford Junction at no cost. This allows riders the option of taking the bus to work or the train coming home, depending on the most convenient schedule option for the traveler.

The closure of the Route 102 Park & Ride lot will allow RIDOT to move forward, with the consent of the State Properties Committee, to sell the property at public auction this winter. The sale is expected to generate nearly $2 million, which could be used for additional transit improvements and will put the property on the local tax rolls, generating more income to the Town of North Kingstown and provide the potential for private development and job creation.

Through an investment of $372,500, RIDOT will provide direct access from Route 102 to the Wickford Junction Transit Center. The roadway access improvements will be completed by December 7. In August, RIDOT announced it was assuming maintenance and operations of the Center to streamline facility operations and achieve cost savings, estimated at $340,000 per year. This will allow RIDOT to use the savings to provide better transit services to Rhode Islanders.

RIPTA has released a new combined bus/rail schedule so people can see which mode and which line will best serve them for the time they need to travel.