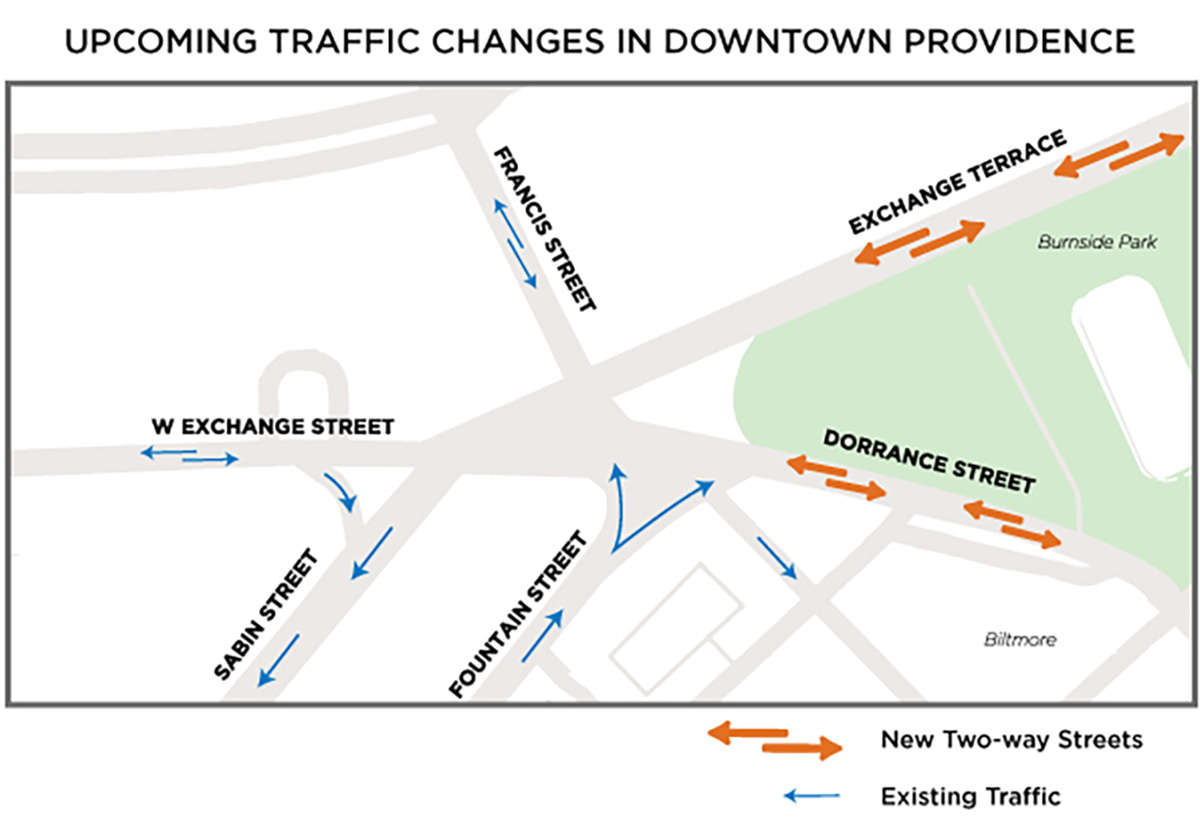 Get your lawn chairs and set-up your viewing spot in Biltmore Park. If past is prologue on Empire Street, introduction of two-way traffic on Dorrance Street and Exchange Terrace should be fun to watch.

PROVIDENCE, RI – Drivers will see a new traffic pattern on multiple streets downtown with the completion of Phase 3 of the Downtown Providence Traffic Circulation Improvements.

Traffic will become two-way traffic the second half of Exchange Terrance as well as Dorrance Street, from Fountain Street to Washington Street.

The new traffic pattern will take effect starting Friday December 4, 2015 and will be indicated by signage.

The Downtown Providence Traffic Circulation Improvements are designed to have traffic flow more freely while creating more space for bikers and pedestrians to travel safely.

No word on when the section of Empire from Fountain Street to Broadway in LaSalle Square is turning 2-way yet.