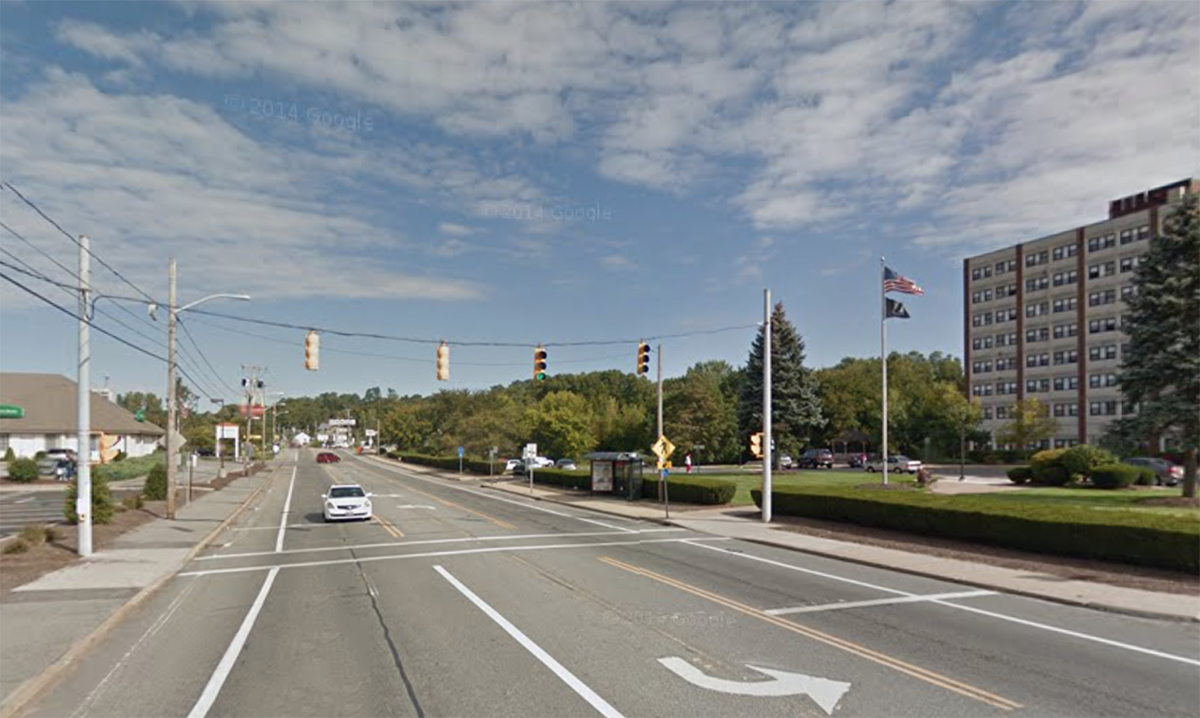 An elderly woman is in critical condition after she was struck by a car Tuesday morning while trying to cross a busy road in Cumberland.

According to Deputy Chief Douglas Ciullo, police responded to Mendon Road at about 8 a.m. to find the woman lying down in the roadway. She was rushed to the hospital with injuries to her head and knees.

Rhode Island Rep. Jim McLaughlin also stopped by the scene, saying he wants the Department of Transporation to change the speed limit and the lights in the area, as well as add cameras.

Sorry, arbitrarily reducing the speed limit on a roadway designed for high-speed traffic and installing cameras so we can see cars running red-lights and slamming into old ladies will not prevent any crashes. Physical interventions such as narrowing the road and raising the crosswalk could help mitigate the poor design of this area.

We also should not be stuffing our old folks into towers in the suburbs where they have to play Frogger with high-speed traffic to get to the grocery store, McDonald’s, and the Dollar Tree across the street. As our population ages, and elderly people are less able to drive, our built environment in the suburbs is going to result in more and more elderly people being victims of automobile violence.

A 30-year-old Cumberland woman on her way to work Wednesday morning was killed when a bus struck her in a crosswalk in Kennedy Plaza and dragged her 50 to 60 feet.

WPRI: Police: Woman pedestrian dies after being hit by car in Johnston

Johnston police say a woman has died, and a man is in critical condition after being struck by a car in Johnston Monday night.

An elderly woman died Thursday after being hit by a dairy truck in Cumberland.