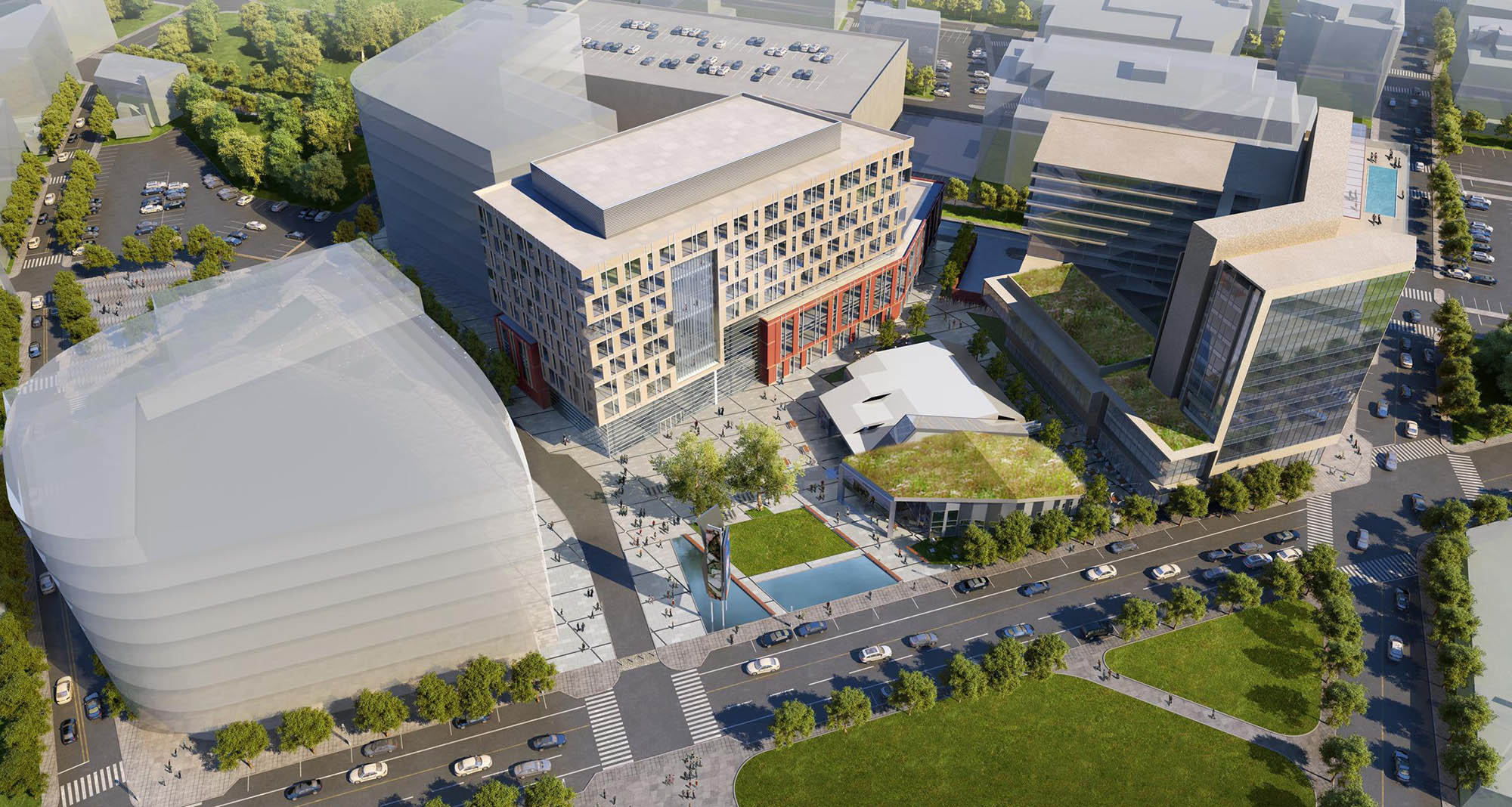 Baltimore-based Wexford Science and Technology and real estate developer CV Properties have signed a purchase and sale agreement for two parcels of land and plan to develop a three-phase project on the vacant former highway land with research and development space, offices, hotel and residential space and other attractions.

Phasing is not really allowed by the 195 regulations, one is not allowed to land-bank. Something like this can’t really be built any other way than in phases though, so I guess we’re just ignoring that for reality. Also, I better not see any ‘temporary’ surface lots anywhere between phases.

Developers will seek state incentives, but the amount and nature were not specified in the purchase and sale documents. The project also will seek a tax stabilization agreement with the city of Providence.

As part of the development, the Rhode Island Convention Center Authority agrees to build a 1,250-space parking garage, known as the Garrahy Garage, of which at least 400 spaces will be set aside for the Phase I portion of the bioscience development. Another 500 spaces would be needed for the latter phases, according to the purchase and sale agreement.

In the first phase of development, the CV-Wexford team expects to build about 500,000 square feet of mixed-use development that will encompass research and development, lab and office facilities, an innovation center, as well as restaurant and meeting facilities and a hotel and residential complex, the commission said in a statement.

The CV-Wexford team also intends to buy adjacent property, according to the purchase and sale agreement with the commission — One Ship Street, adjacent to Parcel 25 to the south, and 60 Clifford Street, now owned by Brown University and north of both Parcels 22 and 25. The 60 Clifford Street building has most recently been occupied by the former Nabsys life-sciences company.

The purchase and sale agreement includes a detailed development schedule for all three phases of the Project, beginning with a 90-day due-diligence period, followed by 180 days to obtain building permits leading to closing on Phase I, according to the 195 Commission.

If I’m reading the rendering properly, it looks like 1 Ship Street and 60 Clifford Street are slated to be razed.