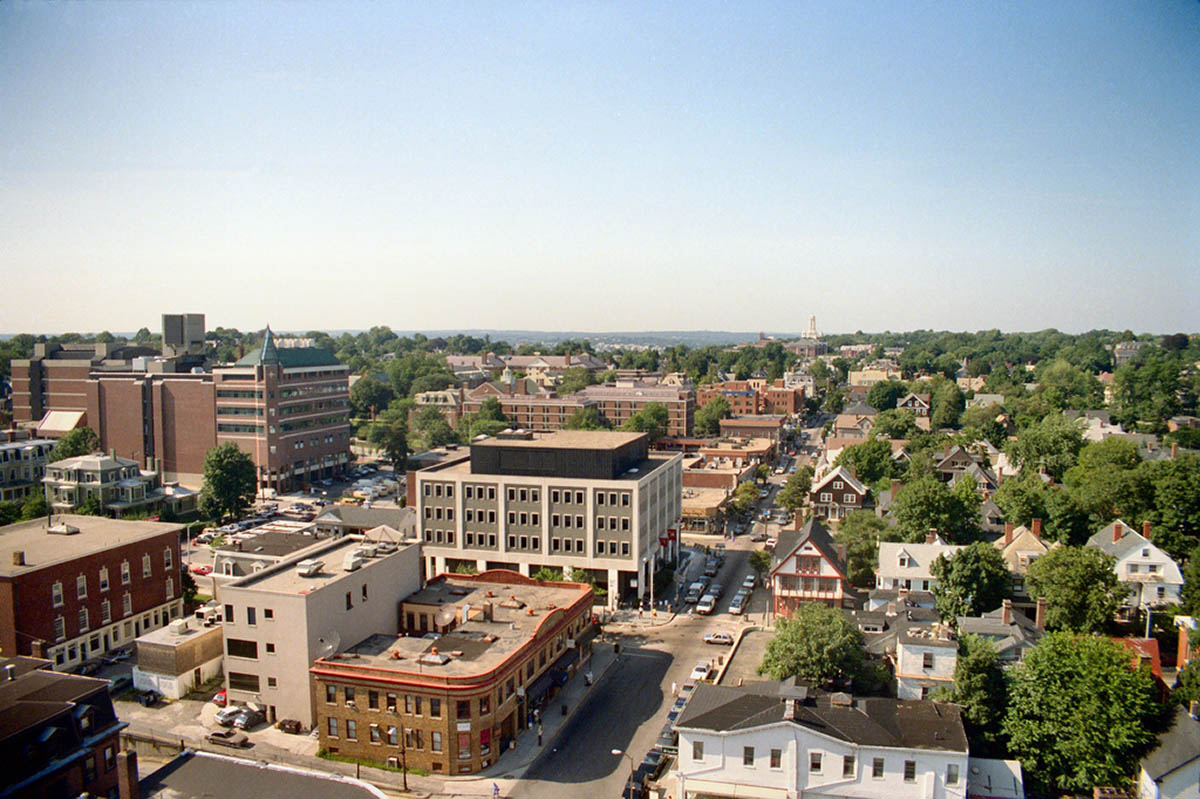 [box type=”note”]Scott Douglass is a South Coast Massachusetts native living and working in Providence. Currently collaborating with Boston based urban design and architecture company Principle Group LLC. Scott is an Alumnus of both the Providence Country Day School and the University of Miami School of Architecture.[/alert]

It has become fashionable to bemoan the pacification of Thayer street in recent years. The Nostalgia that a gritty district known for variety stores and record shops engenders is impressive, although it speaks largely to the quality of the Urban fabric which allowed it to thrive. There are no Thayer streets popping up in shopping malls. in fact, Thayer street has remained a pleasant destination even as the grit and hipness has faded. Even in its more recent role as the food court for RISD and Brown, it has retained its fine grained collection of prewar shops and houses which have incubated the charm which made it a destination in the first place.

Recognizing that the greatest asset the Thayer Street area possesses is its character, it lays in the hands of the stewards of the community to protect and enhance this character over time.

This is not to say that Thayer Street must be as a fly in amber, in fact, many large developments fostered by Brown over the last 20 years have done an adequate job at tiptoeing around their context. In fact some buildings, like the Nelson Fitness Center, have improved upon their context and healed a wound on the edge of one of the largest unstructured parks in the East Side, Pembroke Field.

These many successes are what makes Brown’s current proposal to level half a block of historic fabric buildings so jarring and disturbing, opening a wound on the street wall of Pembroke field, larger and more destructive than the one it healed across Hope Street.

A large surface parking lot in such a sensitive urban context is an atrocity more befitting a 1970s planning discussion, than one in 2016.

For one of the most premiere institutions of higher learning on the East Coast to espouse such a backward and outdated grasp of urban design best practices is a serious oversight, especially when they operate as the steward and largest landowner of historic properties in the East Side.

If Brown wishes to replace these houses with a building, they should do so. But simply demolishing these fabric buildings because it is easier for them administratively in the short term is not the behavior of a steward, it is the behavior of a slum lord.

Providence has made a new name for itself as a city intent on repairing the urban planning mistakes of years past. The entire city has benefitted from the application of proper context sensitive urban design and has helped transform Providence into the Creative Capitol.