Citizens plans campus in the middle of nowhere 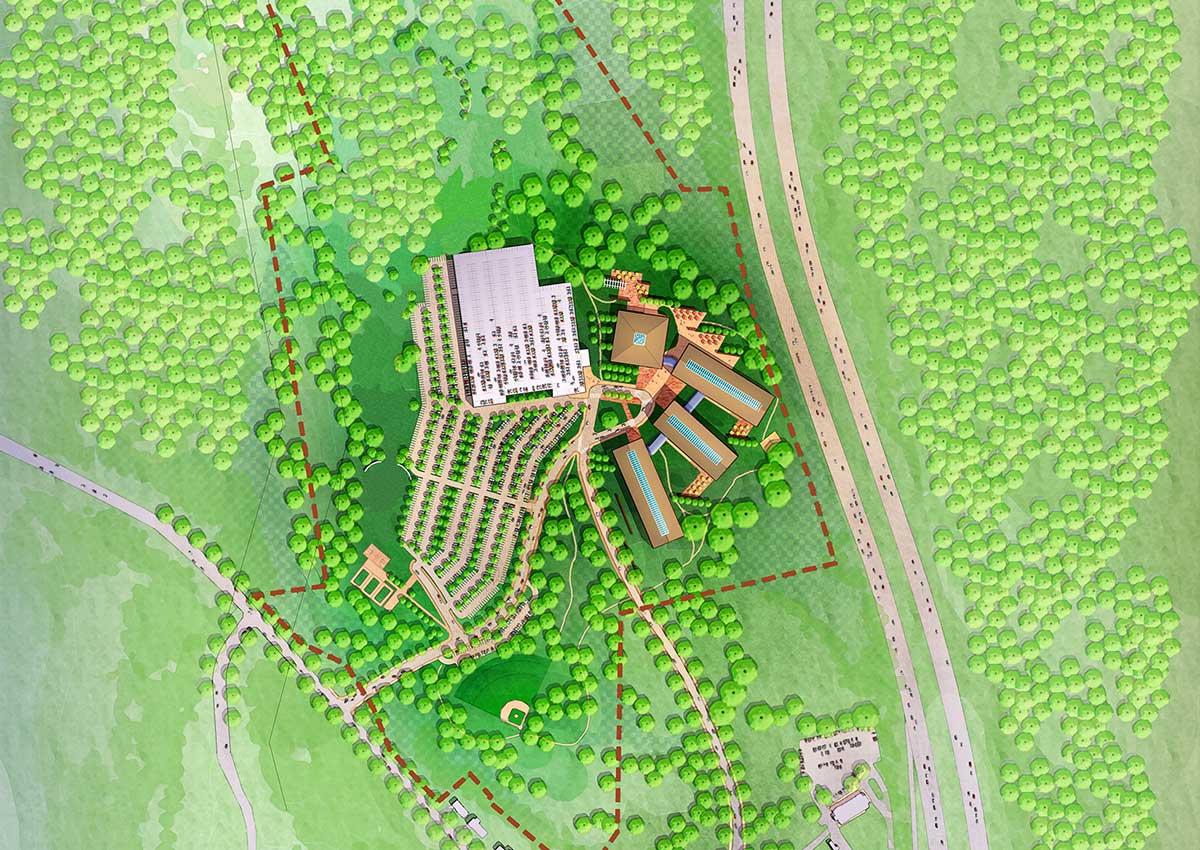 On Wednesday, Citizens Financial Group announced their plans to build a corporate campus on a greenfield site in Johnson outside Route 295, while maintaining their current corporate headquarters in Providence.

As reported by WPRI, the 420,000 square foot campus will house 3,200 employees. Construction will start this year with occupancy in 2018.

The Providence Journal reports on some financial help Citizens received for the project, notably:

Citizens and the Rhode Island Department of Transportation have agreed to split the $6-million cost to build new exit and entrance ramps onto Route 295, between current exits 6 and 7, where the highway crosses Greenville Avenue. The DOT will pay $3 million, and construction is expected to start in the spring of 2017, DOT spokesman Charles St. Martin said;

Didn’t we just pass a super-controversial bill to toll trucks because RIDOT can’t afford to maintain what it has now? Now RIDOT is building infrastructure for private development?

The Narragansett Bay Commission will pay to extend its sewer line that now runs underneath Hartford Avenue near Salina Avenue, spokeswoman Jamie Samons said. Costs haven’t been determined, but design work will begin almost immediately and the project will probably go out for bid next fall or winter, she said.

I’m pretty sure my sewer bill keeps going up because Narragansett Bay Commission cannot handle everything pouring into it’s system now. But NBC (through us, the ratepayers) is going to build out new sewer lines into greenfields.

Look, keeping these jobs in Rhode Island is of course great. However, Citizens has said they had no intention of moving, but thanks for all the free stuff!

Paving paradise and putting up a parking lot in the middle of the woods out in Johnston is not good for the Rhode Island economy. Building exit ramps further and further from the urban core, encouraging more cars onto our highways is not good for our economy.

There is no RIPTA bus service on Greenville Avenue (RIPTA’s trip planner says it is a 54 minute walk to the nearest bus stop), how many current Citizens employees will have to find new jobs because there’s no bus for them anymore? Not to mention there is no chance of any other employees giving up their cars for transit. Every employee will have to get into a car to get lunch or do errands off campus.

There are places nearby in Johnston itself which would have been infinitely better, with existing highway access, sewer service, and transportation alternatives. The town could have got a vacant or under-used non-greenfield parcel redeveloped and 3,200 workers could have help infuse life into an already developed area. What Johnston gets is a bunch of people who will be hiding in the woods, eating lunch in their cafeteria, barely aware of what town they are even in.

If only our civic and business leaders had the vision and common sense to see the problems with this development. Instead they are all falling all over each other, rushing to be the first and loudest to shout “JOBS!” into the nearest microphone.

With its lease on its Cranston facility expiring in 2018, Citizens Financial Group Inc. is considering building a new campus somewhere in Rhode Island for approximately 4,000 employees.

This letter was sent to the Providence College campus by college president Rev. Brian J. Shanley regarding the college's agreement with the City to acquire public streets in exchange for payments in lieu of taxes