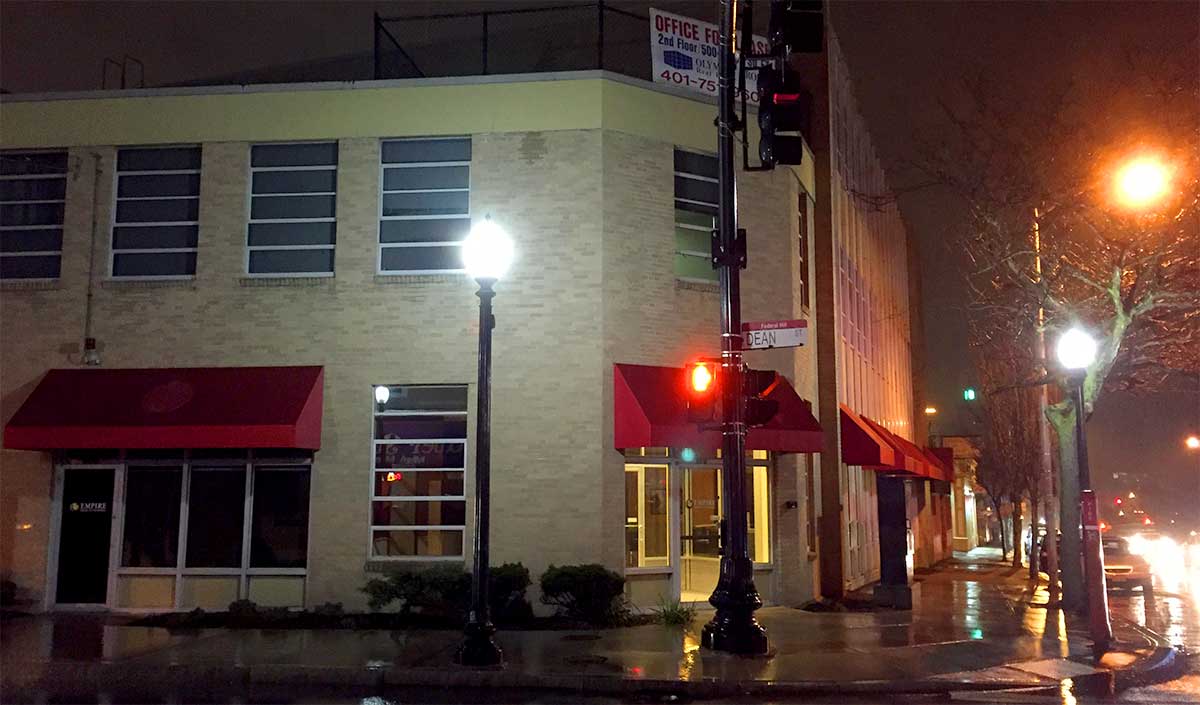 I don’t actually know a whole lot about this, so it is hard to have too many opinions about it.

What I do know, is someone (presumably the property owner(s)) wants to tear down the 3-story office building at the corner of Broadway and Dean Streets along with the one-story building along Broadway next to it (currently the home of Hall’s on Broadway vintage store).

Then, someone wants to replace those buildings with a new multi-story mixed-use building with a CVS with a drive-thru on the ground floor.

Some other things I know; the last time we were talking about urban buildings being demolished for a CVS with drive-thru, we got this monstrocity in Edgewood.

However, I also know, that this mixed-use building with a CVS was proposed* in Seattle not too long ago.

I have not seen any renderings for this proposed building, so I cannot say where on the spectrum of vile to ‘oh, that’s kind of nice’ this proposal lands. Generally, I’m obviously not in favor of razing buildings that seem to be in perfectly fine shape and interact well with the streetscape, as this building does. The one-story building where Hall’s is; I could hear an argument for razing that. An addition to the 3-story building where the Hall’s building is could work.

What I am absolutely sure of is this. If the City approves a drive-thru on Broadway… well, then we have no right calling ourselves a ‘city’ anymore.

[alert type=”info”]The WBNA is having a Project Review Meeting regarding this proposal on March 30th.

*I cannot confirm that the Seattle CVS was ever actually built, only that the site was cleared to make way for it.