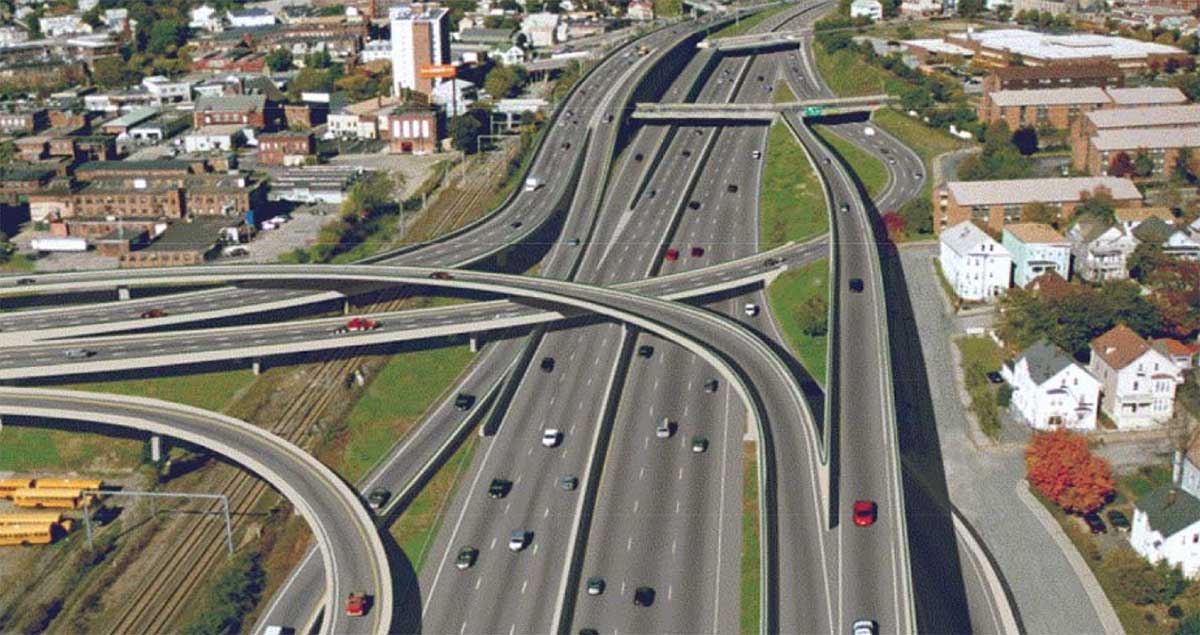 RIDOT’s Original Design for the 6/10 interchange

Governor Raimondo has ordered a fast-track reconstruction of the Route 6 and 10 interchange and the abandonment of plans to rebuild the highway under an earthen cap, state officials said Wednesday.

The decision to rebuild the highways in their current footprint — and scrap a design favored by Department of Transportation leaders just this spring — was prompted by safety concerns and the deteriorating condition of the overpasses, said DOT Director Peter Alviti Jr.

I.E. the public hates how we’re spending thier money, so let’s spend it faster.

Along with abandoning the capped highway plan, Raimondo’s move all but dismisses the possibility of replacing the highway with a surface boulevard, a design that drew overwhelming support from attendees of a public forum on the 6-10 held last week by the city of Providence.

Alviti said the disruption to commuters that a boulevard would create was unacceptable.

Translation, people in the suburbs are more important than people who live in the city next to the suburban infrastructure.