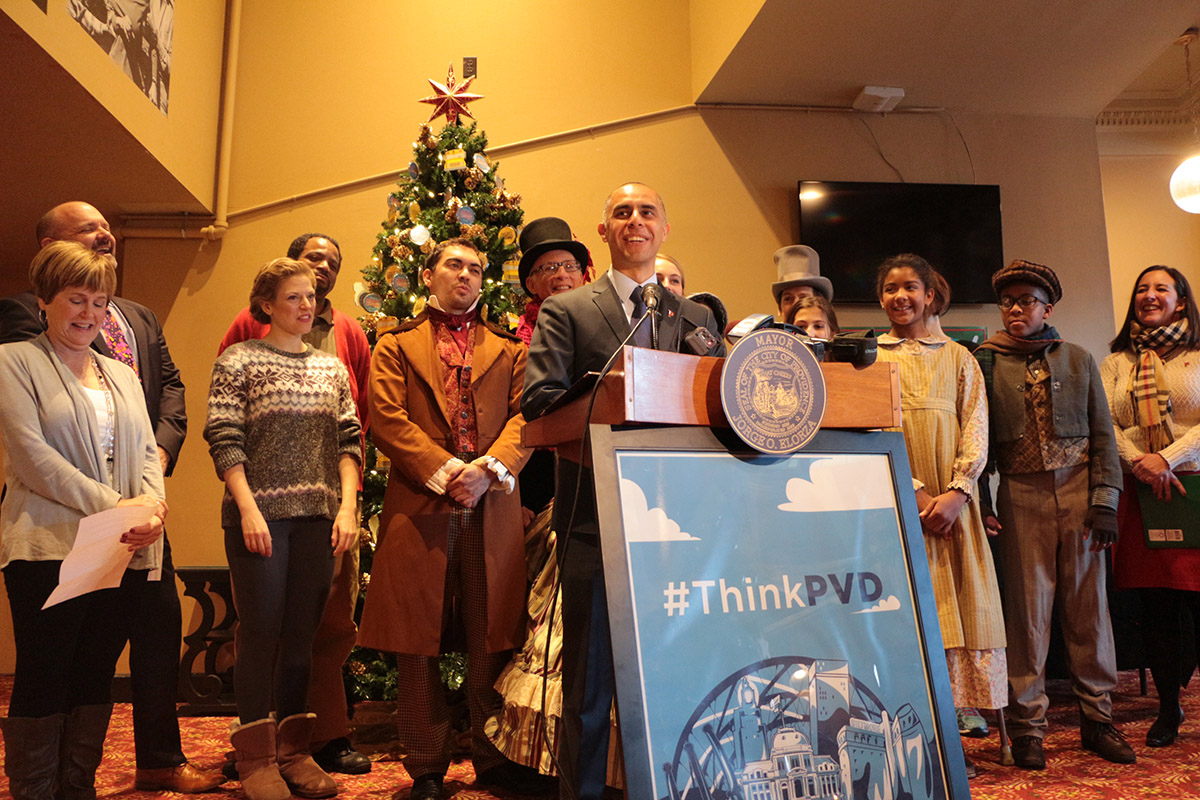 Photo from the Mayor’s Office

“This Saturday as we celebrate Small Business Saturday nationwide – I encourage you to take advantage of the amazing local shops and restaurants we have here in Providence,” said Mayor Jorge Elorza. “As you shop this holiday season and throughout the year, I ask that you support our business community by continuing to #ThinkPVD when making all of your purchases.” This is the second year of the #ThinkPVD campaign which aims to build upon the success of Small Business Saturday by promoting celebration and support of the local economy.

#ThinkPVD is part of a larger effort to draw guests to the heart of Providence this holiday season. “This year, we are reinventing Providence’s winter holiday traditions by making the annual City Hall tree lighting the centerpiece of singing, shopping, and dining event on December 2. The celebration continues on Saturday, December 3 with the traditional Christmas tree lighting in the Alex + Ani Center, a performance by the Providence Gay Men’s Chorus and demonstrations by champion ice skaters,” Director of the Department of Art, Culture + Tourism, Stephanie Fortunato added as she highlighted other holiday happenings in Downtown in early December. “We hope Providence residents and visitors alike will join in the festivities.”

Business owners, shoppers and diners are encouraged to share their experiences this season using the hashtag #ThinkPVD on social media. As part of the campaign, Mayor Elorza announced today that there will be two hours of free parking in designated commercial districts throughout Providence. Shoppers will be offered two hours of free parking every day from 10 a.m. until 6 p.m. (where indicated until 9 p.m.) beginning Friday, November 25, 2016 through Monday, January 1, 2017 in the following commercial districts:

The holiday parking program is designed to make it easier for shoppers to patronize local businesses. While parking meter violations will not be issued during free 2-hour parking in the specified districts, 2-hour parking limits will be enforced to allow all residents to take advantage of the campaign.