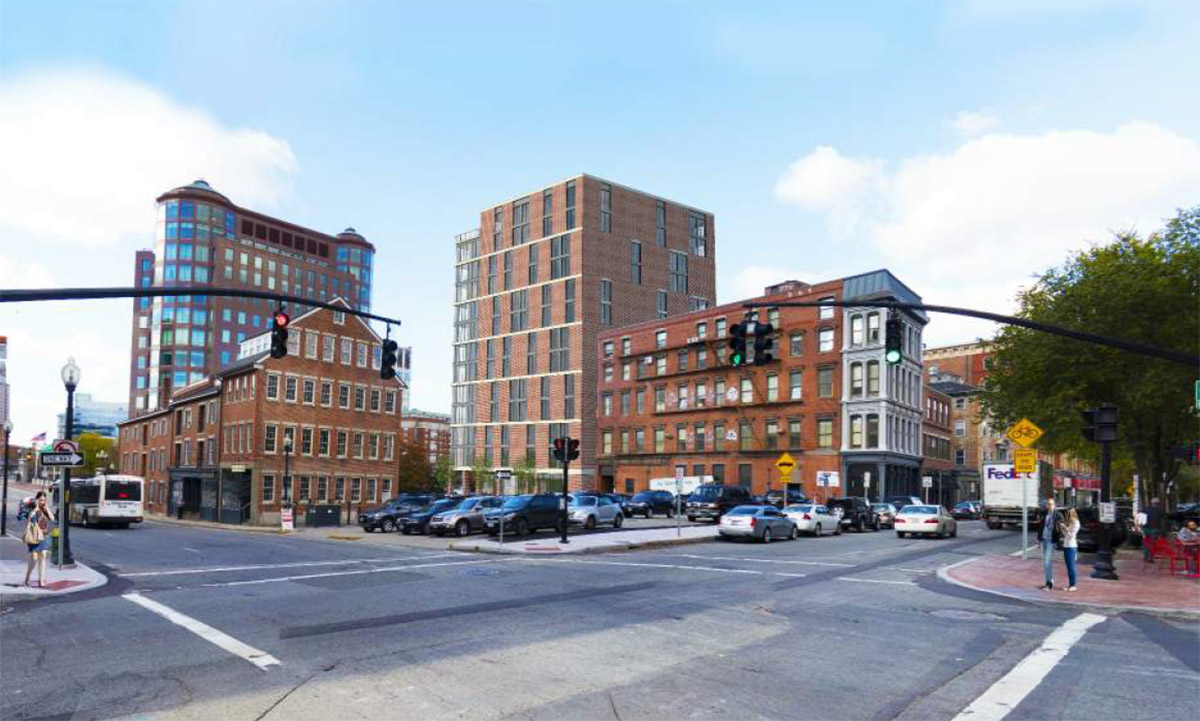 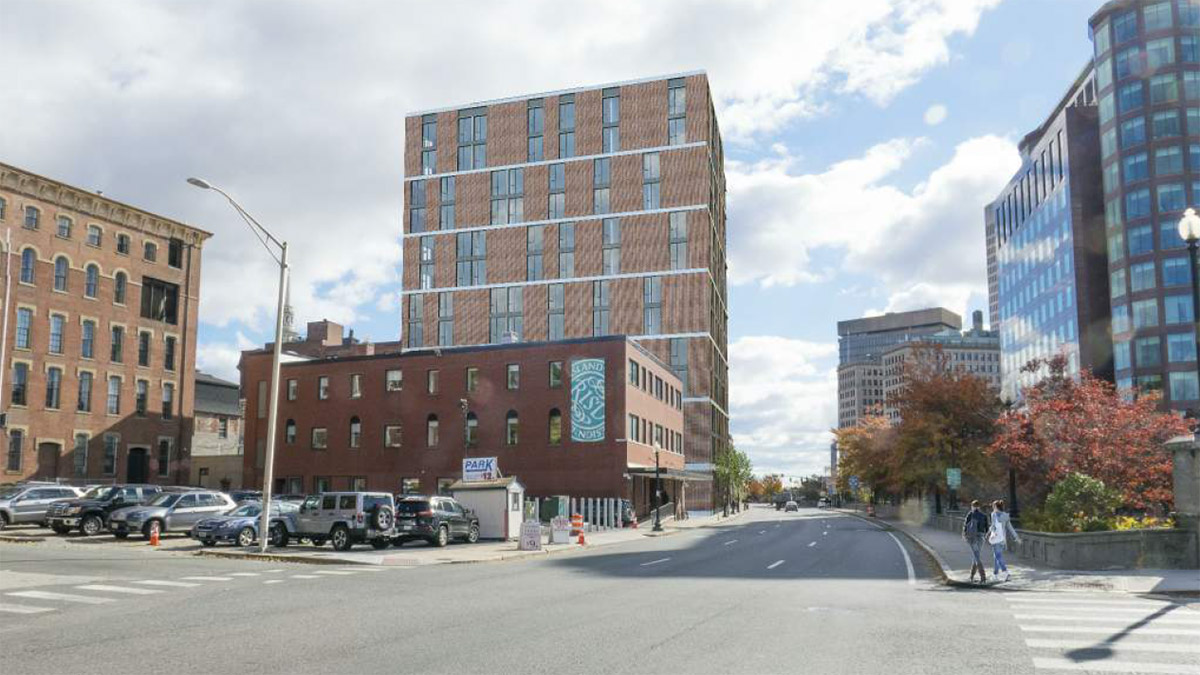 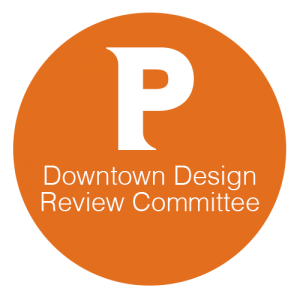 1. DRC Application No. 16.34: 169 Canal Street (parking lot) – Public Hearing – The subject of the hearing will be an application by Vision Properties, requesting a development incentive in the form of a height bonus, and waivers from Providence Zoning Ordinance Section 606, Design Standards for New Construction, for a new 13-story mixed-use building to be constructed at 169 Canal Street, Providence, RI. The applicant is seeking a 30% height bonus and waivers from Sections 606.A.4 (Recess Line Requirement), 606.E.1 (Building Facades/Ground Floor Transparency), and 606.E.3 (Building Facades/Upper Level Transparency). At the conclusion of the hearing, the DDRC will take action with respect to these items and then continue review of the building design. The applicant was granted conceptual approval of the new construction at the December 15, 2016 meeting.

15-story building proposal at 131 Canal Street on the agenda of a special meeting of the Downtown Design Review Committee October, 2nd.

The Downtown Design Review Committee will review plans for new buildings at 111 Fountain Street and 169 Canal Street at a Special Meeting on May 1st.