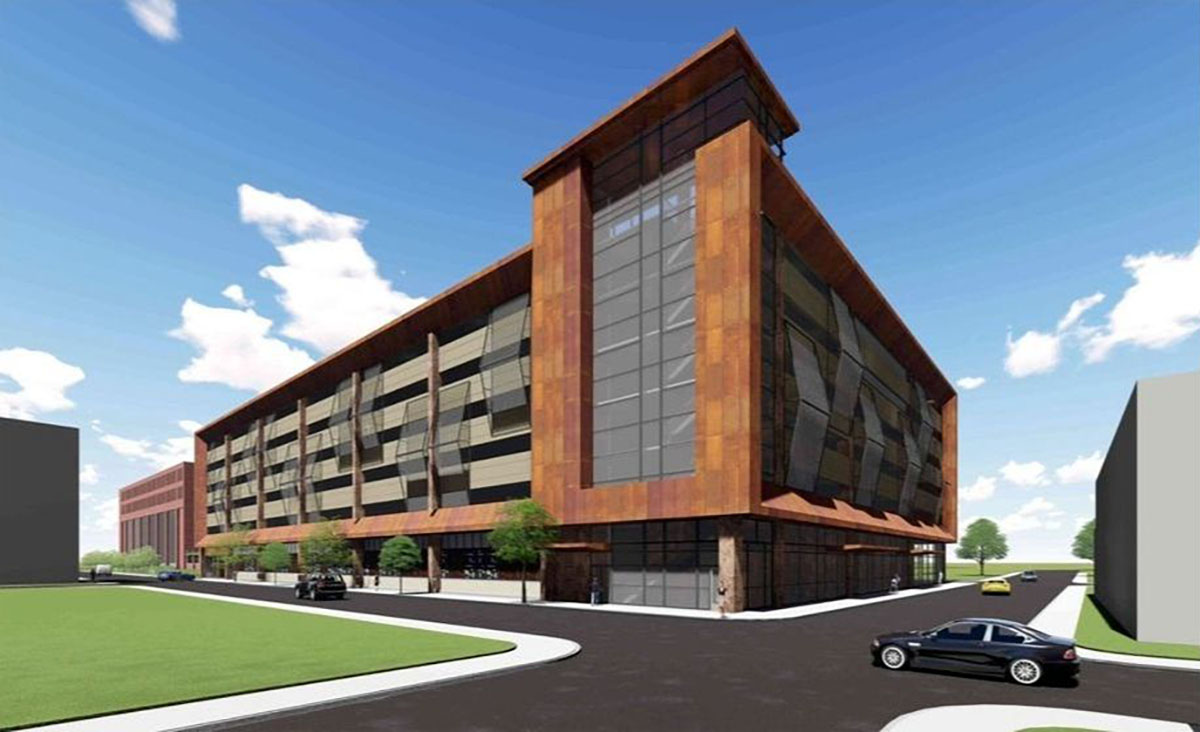 Rendering of the The seven-story 1,250-space parking garage proposed for the parking lot behind the Garrahy Courthouse along Richmond Street. Image from the Jewelry District Association.