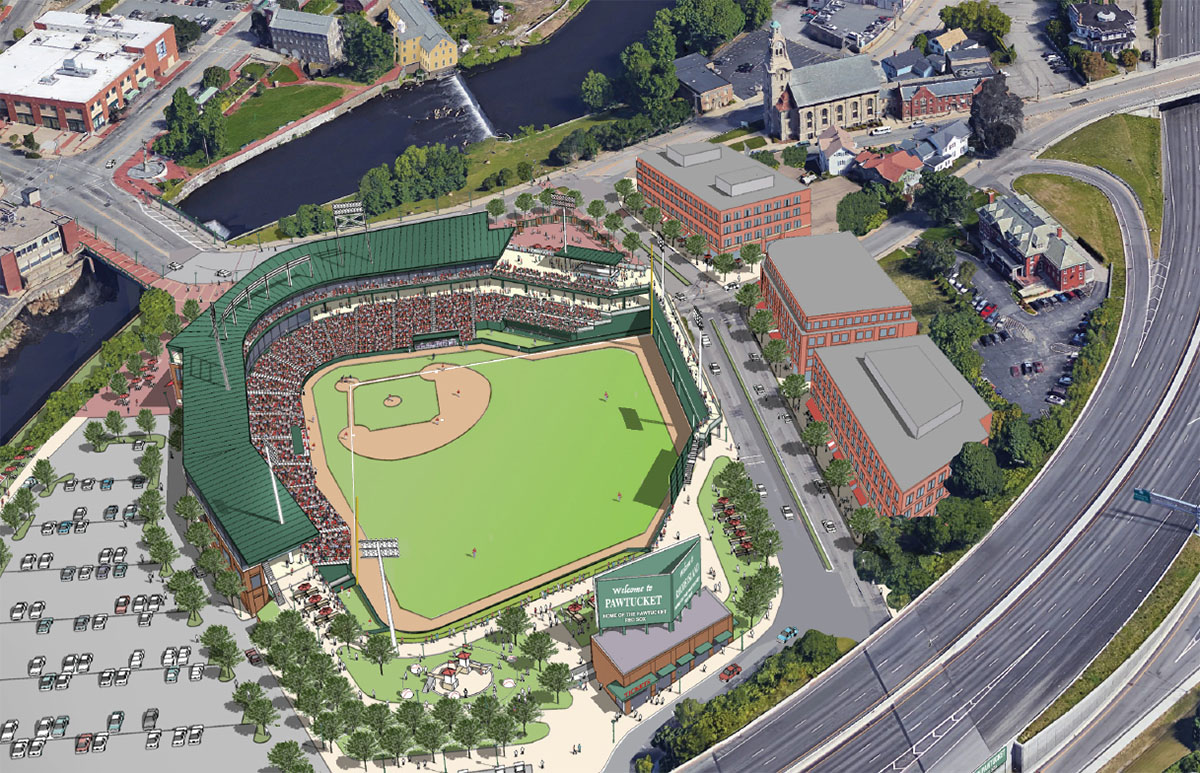 Rendering of The Ballpark at Slater Mill from the PawSox

The Pawtucket Red Sox yesterday released plans to build an $83 million ballpark at the Apex site along Route 95 in Pawtucket. The plan envisions funding for the ballpark coming from the team, the State, and the City of Pawtucket.

The Pawtucket Red Sox and the City of Pawtucket, with substantial advice and direction from the leaders of the Rhode Island Commerce Corporation, have reached agreement on a proposal that would keep the team in Pawtucket until at least 2050 with a 30-year lease extension if a plan for a ballpark that is designed to revitalize downtown and the riverfront is approved by the Governor and the State Legislature. The plan is today being presented to the Governor, the Speaker of the House, and the President of the Senate for further review and consideration.

The PawSox would pay $45 million, the largest private investment in the history of Pawtucket, according to city officials. The ballpark is estimated to cost $73 million; thus, the club would pay 61.6% of ballpark construction costs. In addition, the minority investment by the State of Rhode Island would be paid back by revenues that are generated by the ballpark and the ballclub, enabling the project to proceed with no new taxes or increases in tax rates. The project will effectively pay for itself from the revenue that it generates. Taxpayers also will be protected by the PawSox, who will take on all ballpark construction cost overruns.

A “Ballpark at Slater Mill” will be part of a larger downtown re-development project. Together, the ballpark and land are expected to cost $83 million; thus, the PawSox would pay about 54% of the entire ballpark and land cost. Even so, the public would own the ballpark and the land, continuing the city’s 75-year practice of providing a public facility. In turn, the PawSox would then pay the highest rent in the International League, increasing their rent in 2020 to $1 million, with annual increases, and devote $500,000 annually from naming rights to help finance the ballpark.