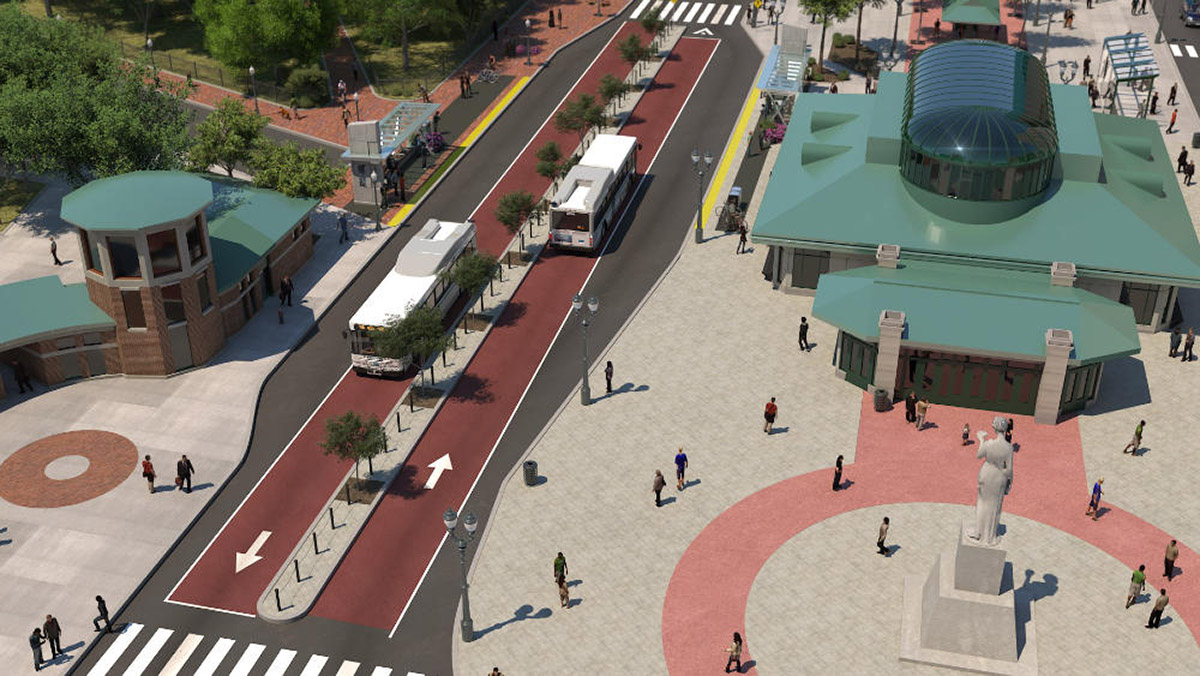 RIPTA and the City of Providence will be hosting a community update meeting at 444 Westminster Street on March 5th at 5pm. Details from RIPTA’s Facebook page:

Please join the Rhode Island Public Transit Authority (RIPTA) and the City of Providence for an update on the Downtown Transit Connector (DTC) — a new, high frequency bus transit corridor scheduled to open in downtown Providence in 2019. The community meeting will be held Monday, March 5, 2018, from 5:00 PM to 6:30 PM at the Joseph Doorley Municipal Building (first floor), 444 Westminster Street, Providence.

The DTC will run from Rhode Island Hospital to the Providence Train Station and will include enhanced bus shelters with attractive passenger amenities such as seating and digital displays showing real time bus arrival data and other information. These new shelters will complement the City’s broader long-term vision for this area and its plan to convert Washington Street into a two-way, bus-only, transit way. The DTC stop at the Providence Train Station will be integrated into the State’s proposal to construct a new intermodal center there in order to better connect MBTA/Amtrak trains with local transit services.

RIPTA will run eight existing bus routes through the corridor to provide service every five minutes between the Providence Train Station and the Hospital District. This will more than double the current level of bus service in the growing Hospital and Jewelry Districts, and will eliminate transfers at Kennedy Plaza for many passengers commuting from outlying suburbs. The DTC will also directly connect six colleges and universities to Providence’s medical and innovation districts.

There will be dedicated bus lanes along certain parts of the corridor. Transit signal priority, a technology successfully used on RIPTA’s R-Line route, will extend green lights for buses as they approach the signals and help them move more reliably through traffic. Bike lanes will be constructed along portions of Exchange, Dyer and Eddy Streets, and the City will install bike share stations along the corridor.

The project is funded by RIPTA and a $13 million U.S. Department of Transportation TIGER grant awarded to the City in 2015. The State is providing a mix of state and federal funding to enhance Exchange Street and to create a more welcoming gateway with increased bus service from Providence Train Station.

For more information on the DTC project, please visit ripta-dtc.com.

Below are renderings of some of the proposed bus stops and street designs of the DTC from RIPTA’s website: 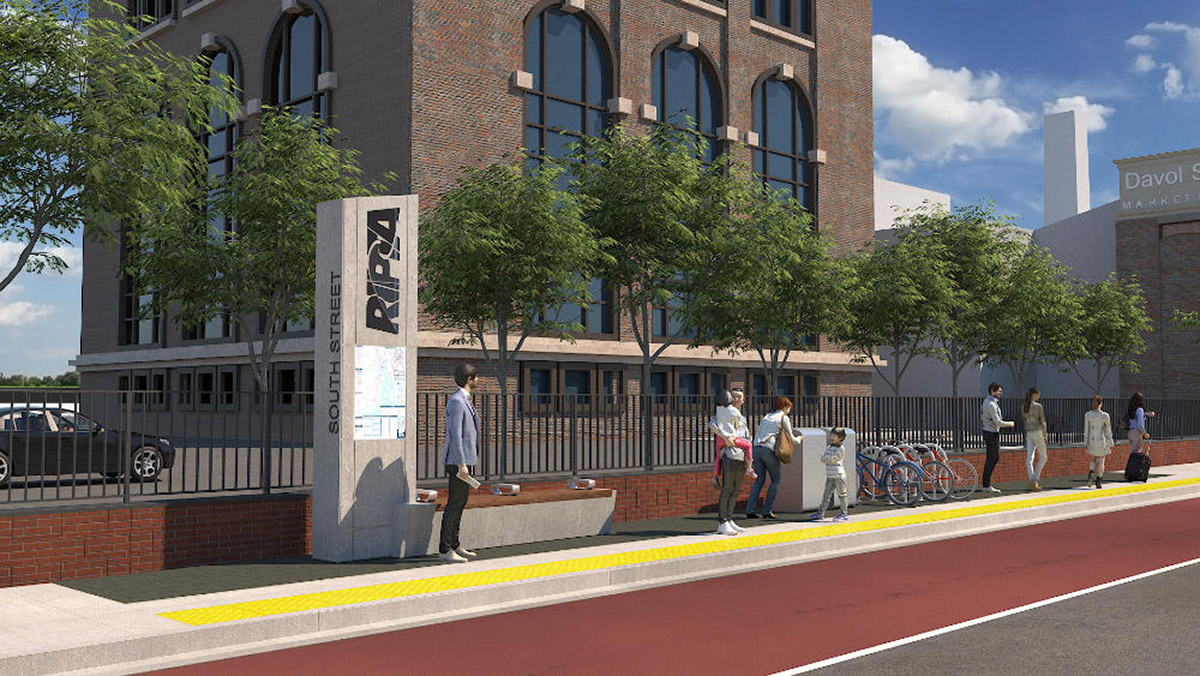 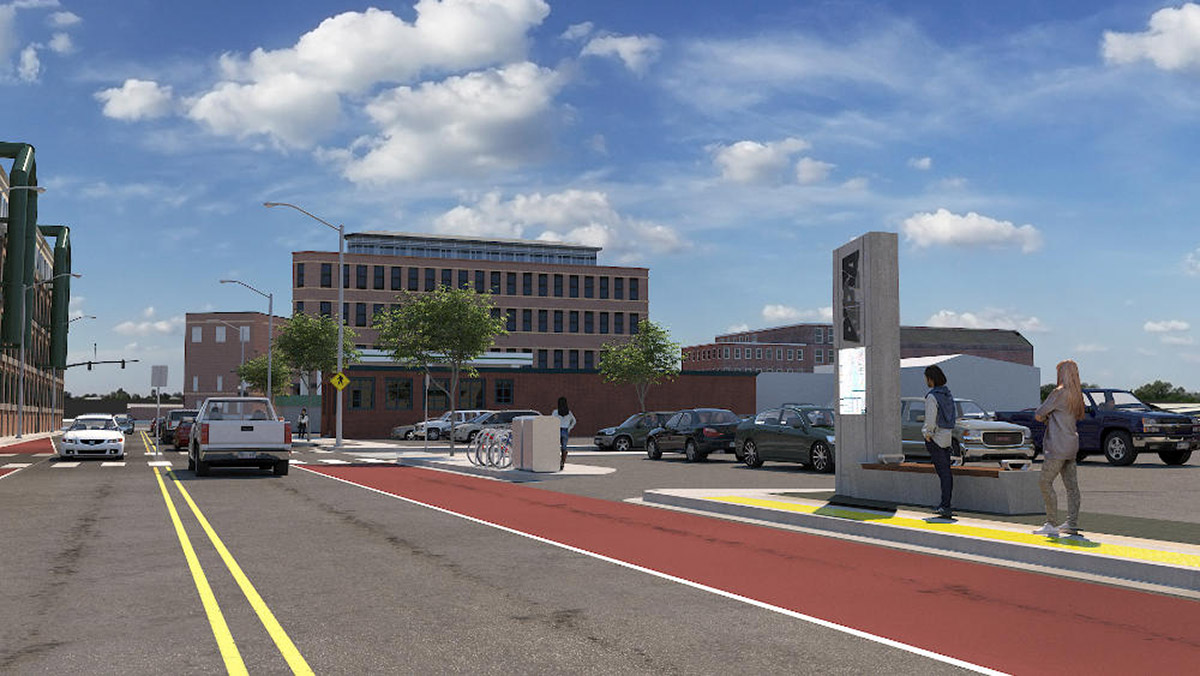 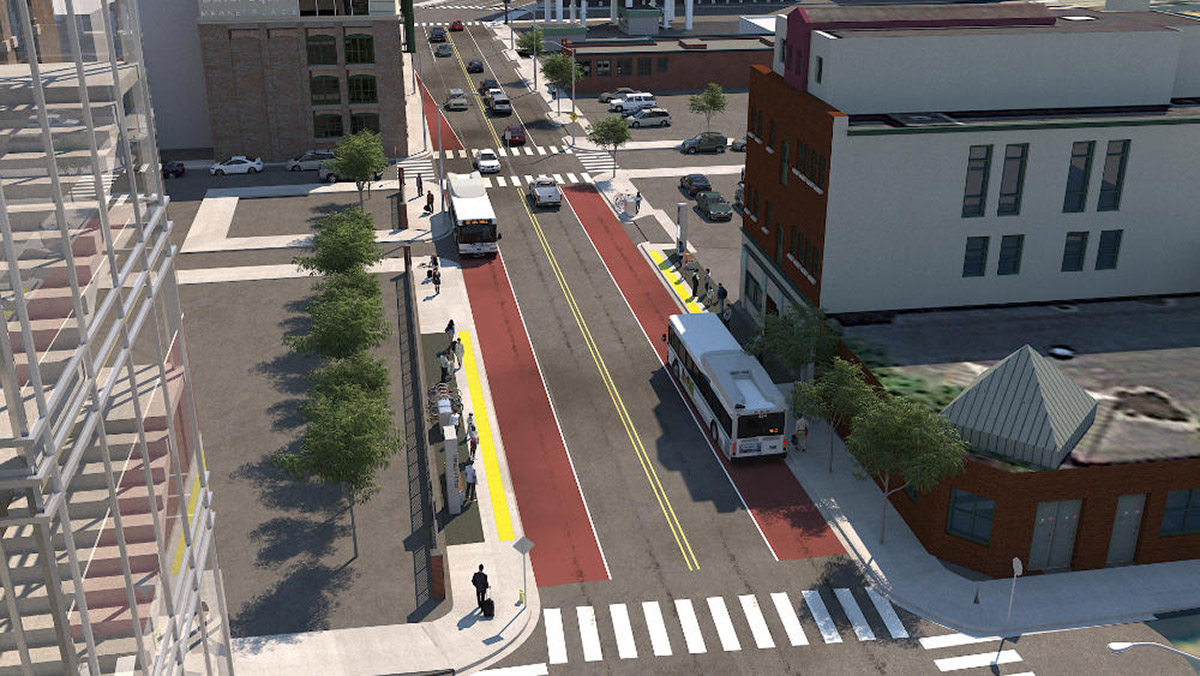 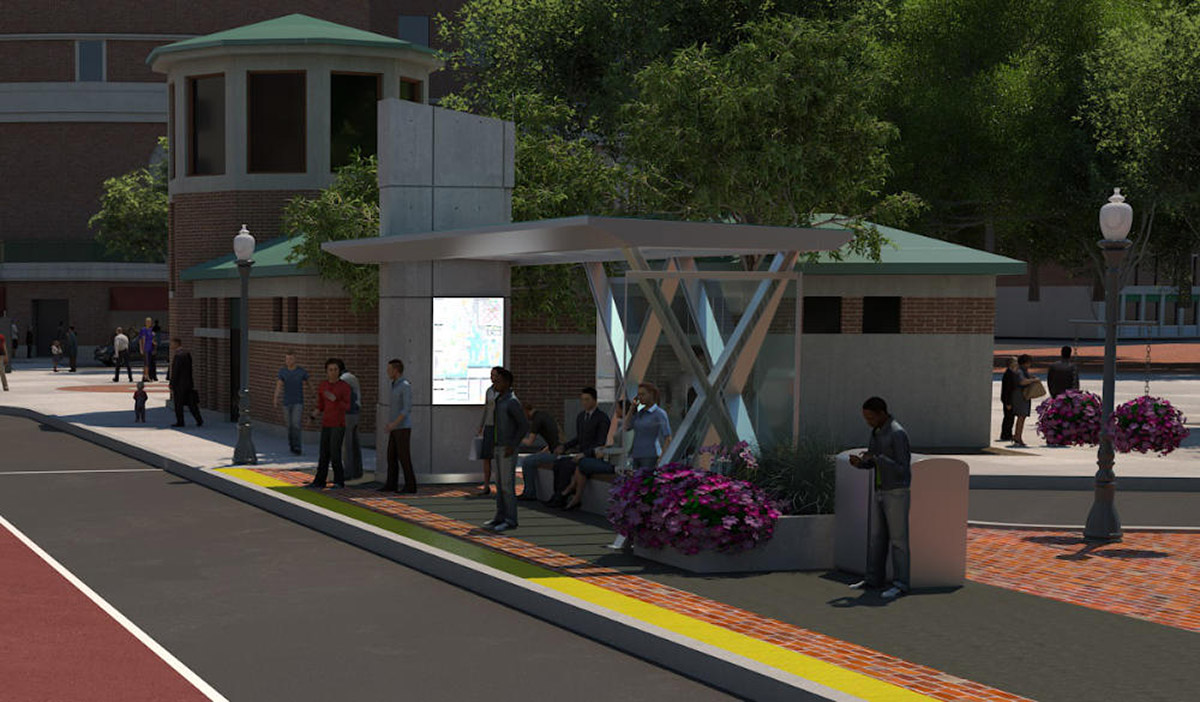 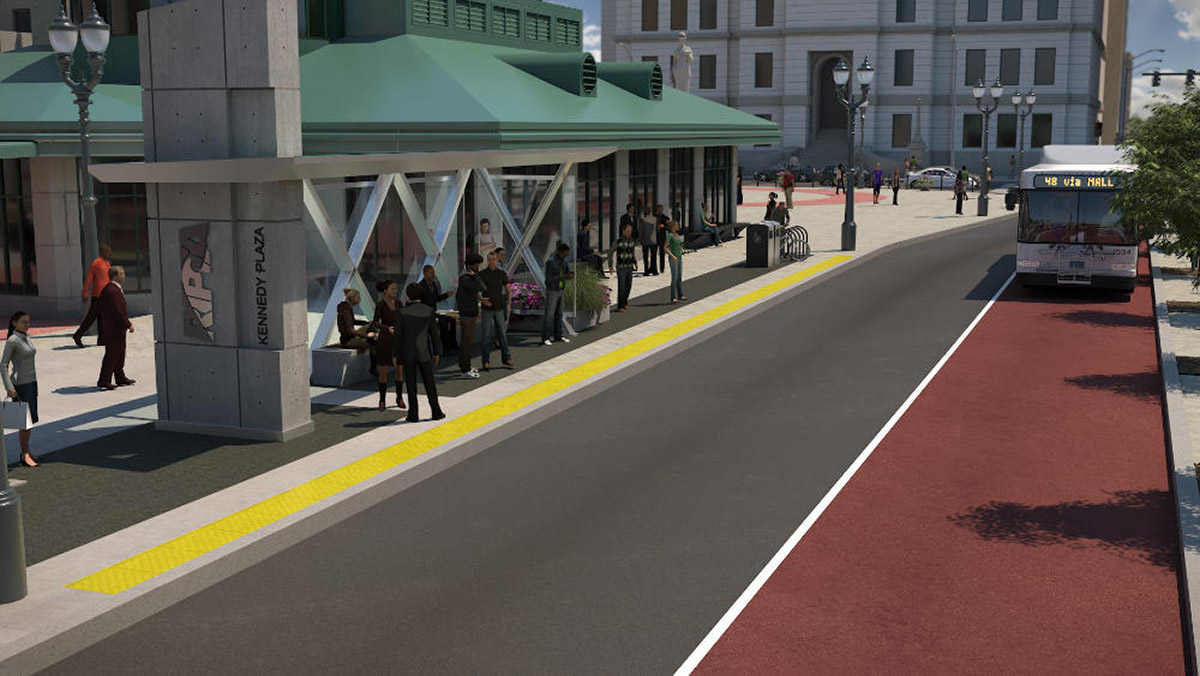 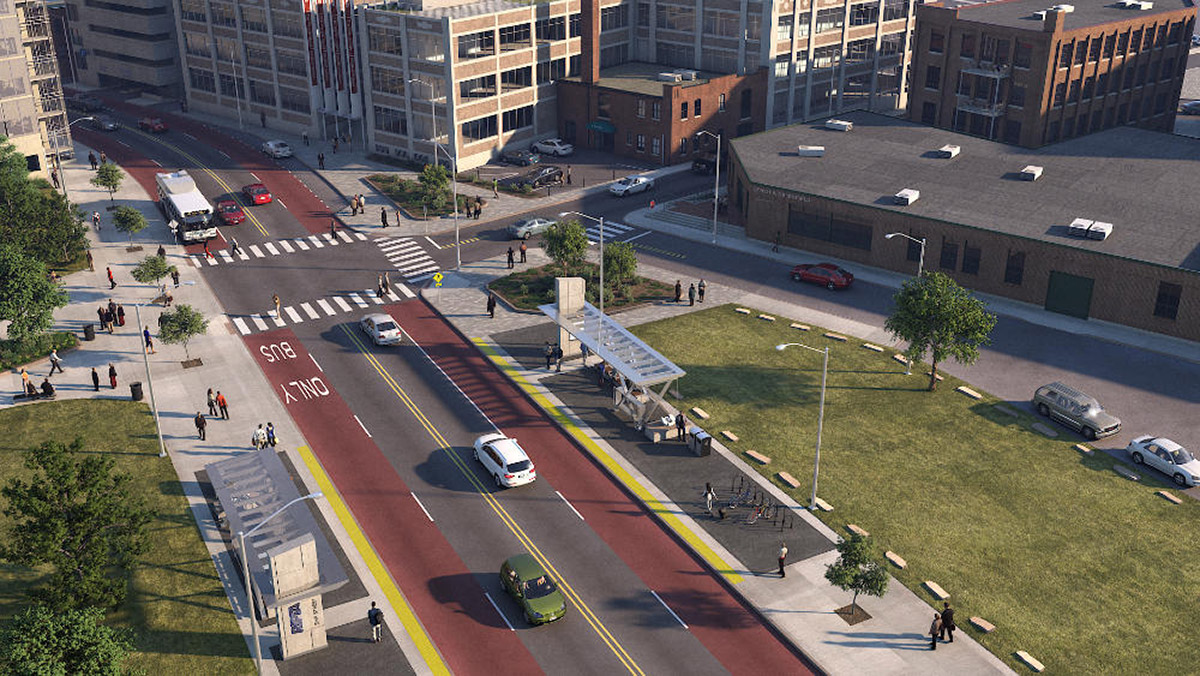 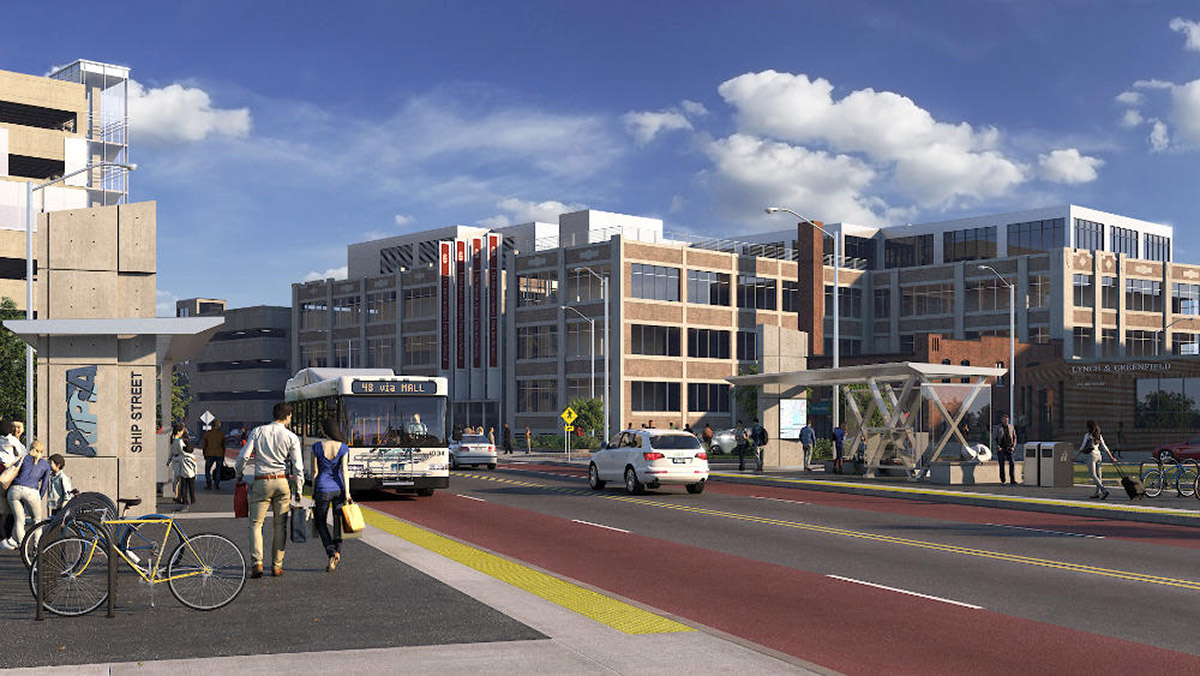 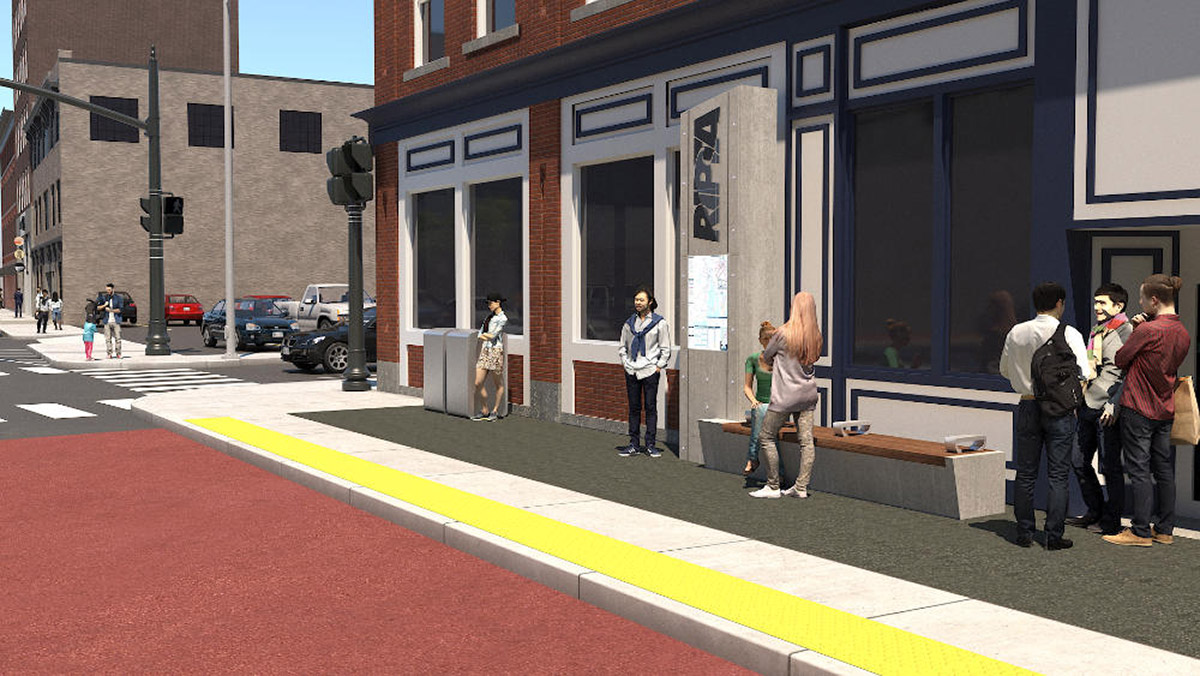 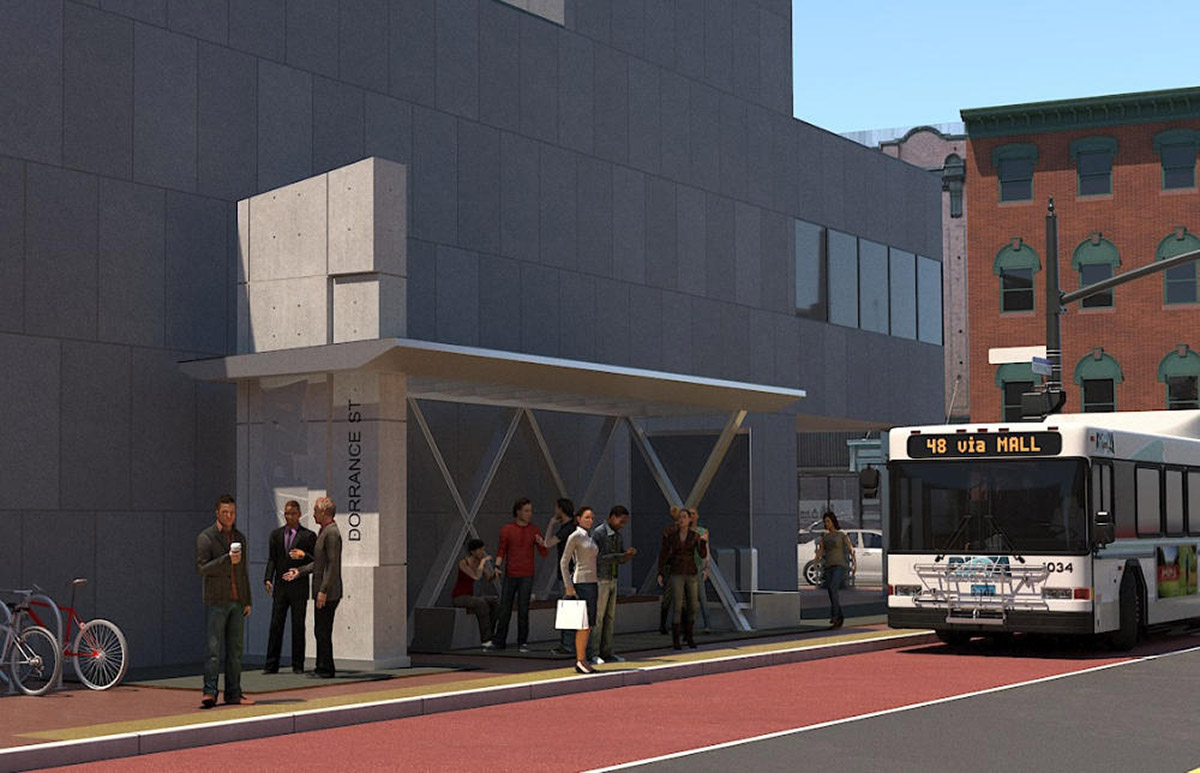 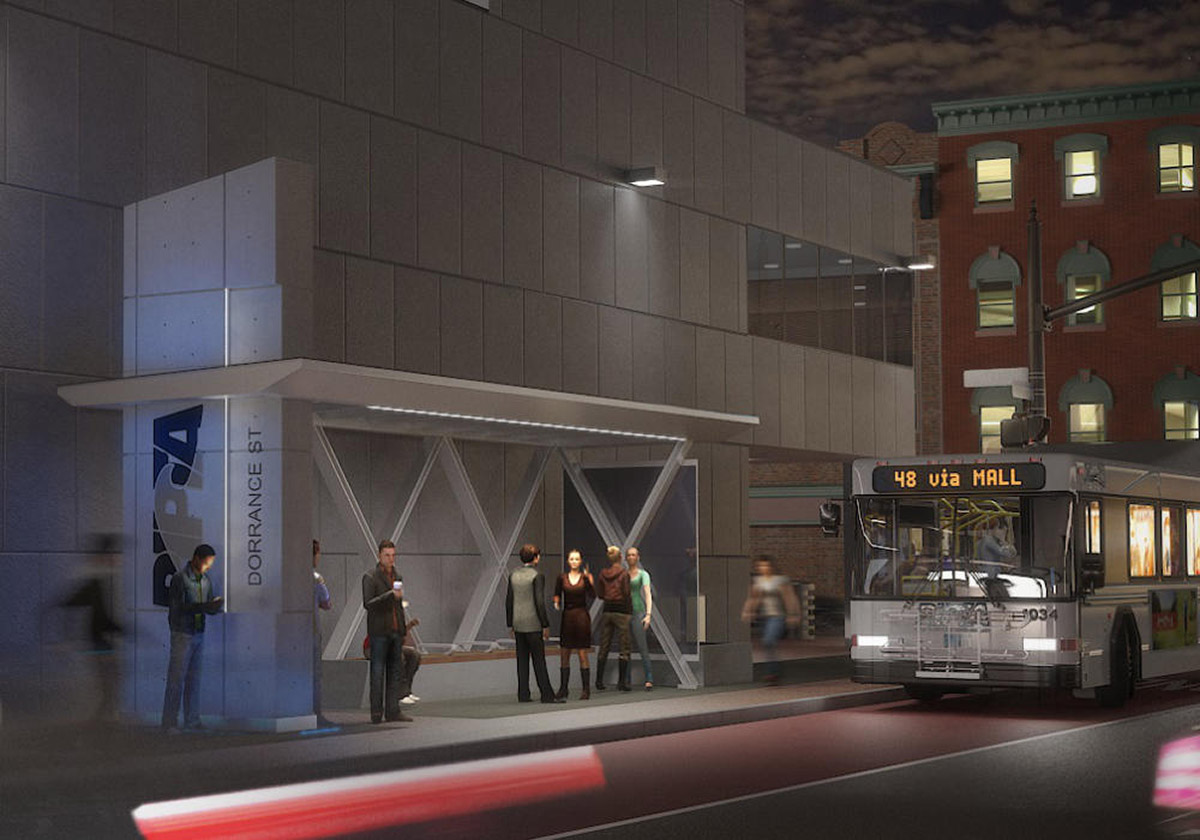