Proposal for 195 District Parcels 2 and 5 by Spencer Providence, LLC 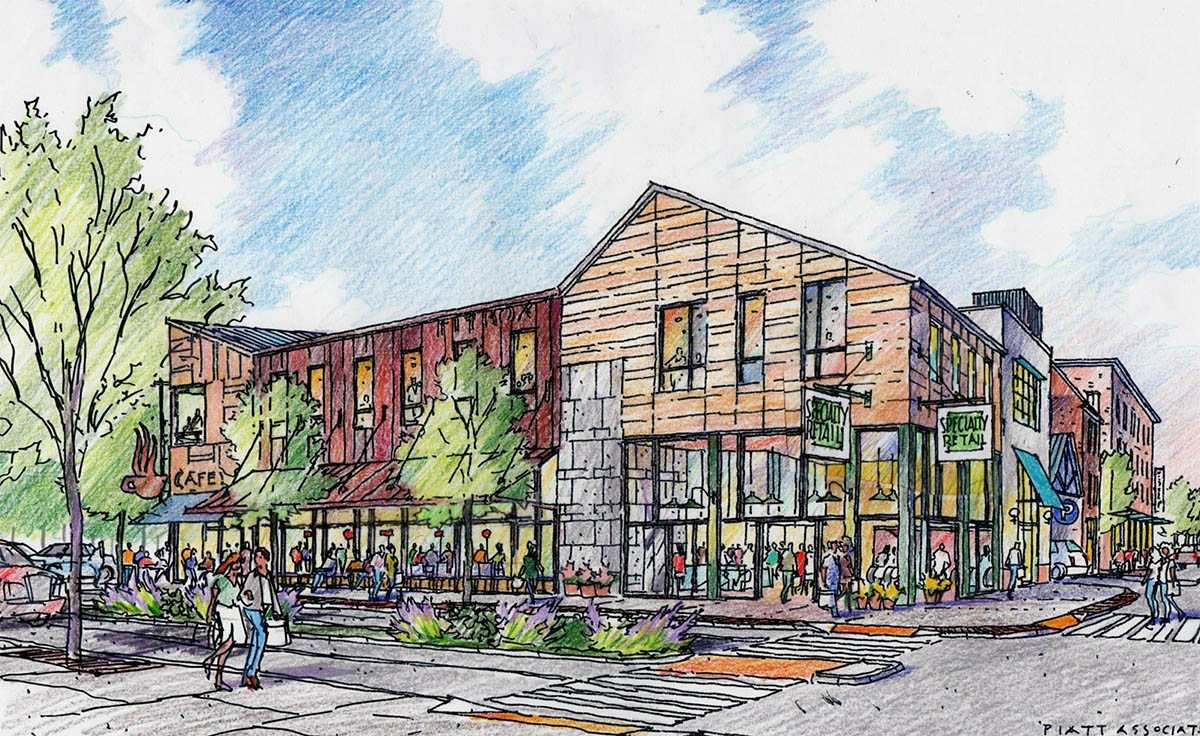 Rendering of Spencer Providence, LLC proposal on the east side of the Providence River. by Piatt Associates

Spencer Providence, LLC is presenting a proposed development on Parcels 2 and 5 to the 195 Commission. The meeting was scheduled for this evening but has been postponed due to a posting error. 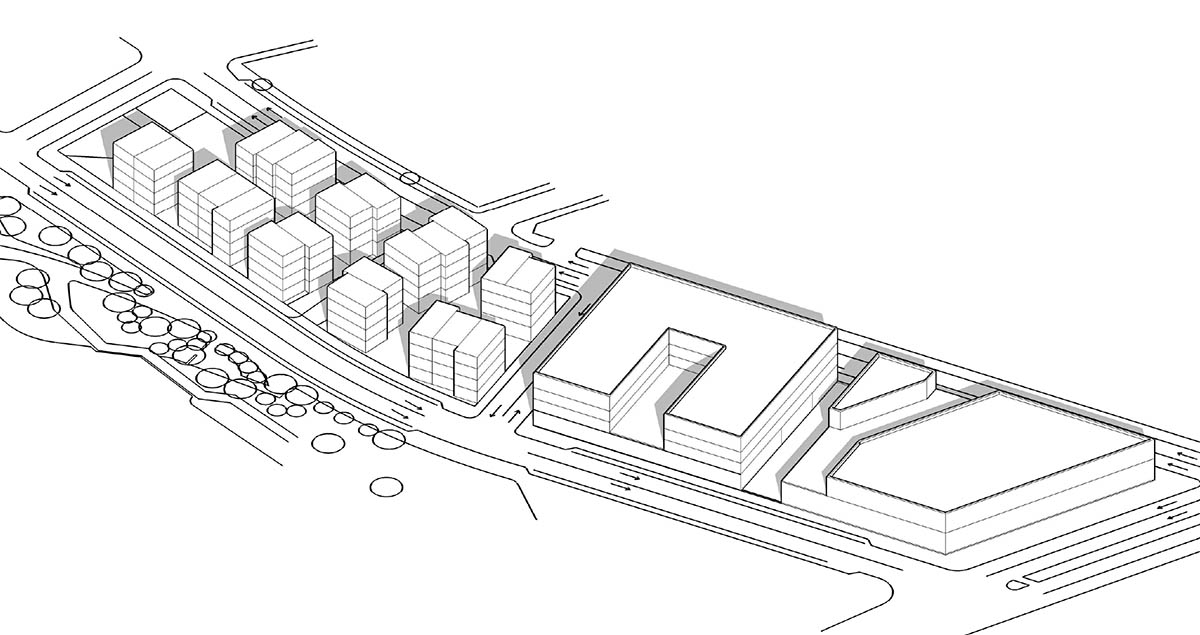 Axonometric plan of the proposed development

I do not have any information on the developer, the proposal is described as:

Parcel 5 is located on the east bank of the Providence River bounded by Wickenden, South Main, South Water, and Dollar Streets. The proposal calls for a 2-story mixed-use building fronting Wickenden Street and a second 4-story building with a restaurant and 130-room hotel along the end of the parcel at Dollar Street. The whole parcel would have underground parking with 188 parking spaces. 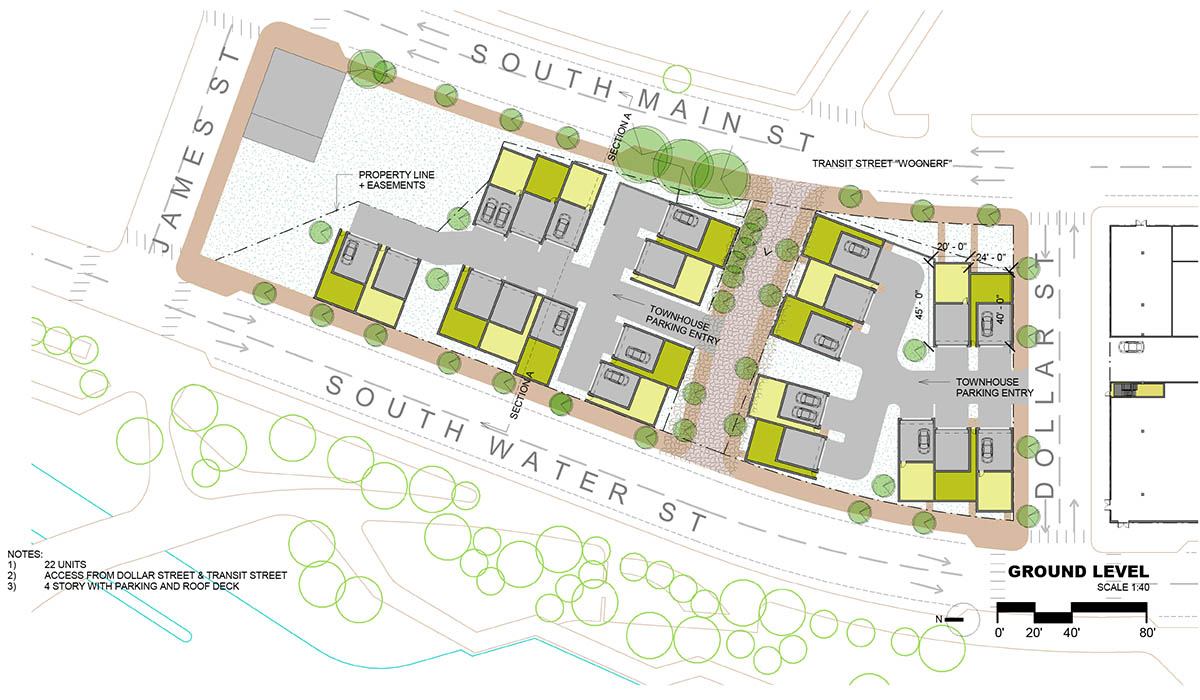 Parcel 2 is located north of Parcel 5 on the east bank of the Providence River bounded by South Main, South Water, Dollar, and James Streets. Nine rowhouse style buildings, 3-stories tall, with a total of 22 units would be built on the parcel. The rowhouses would feature ground level garages with driveways off Dollar Street and a new extension of Transit Street through the parcel.

In the image above, I’m assuming the center buildings are the proposed hotel, which looks quite handsome. The site plan for the rowhouses is a total non-starter for me though. That is extremely suburban, does not belong in the center of the city.