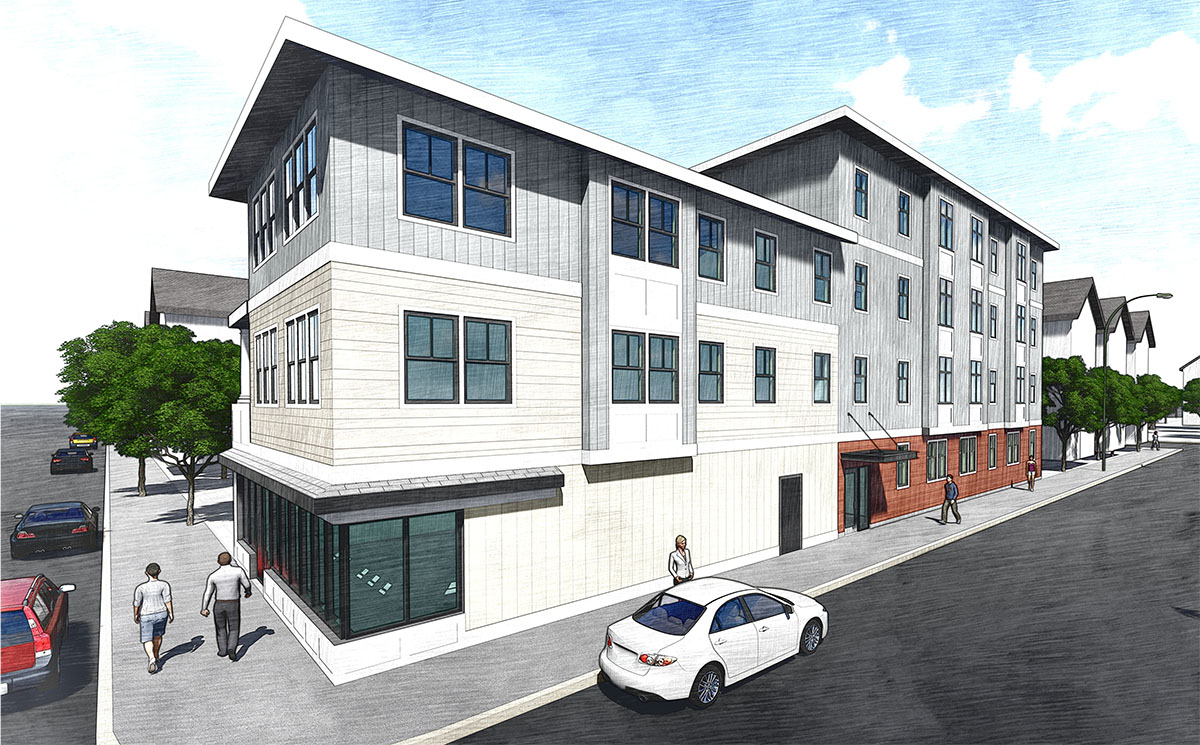 The City Plan Commission is reviewing plans for rezoning and construction of a new 4-story building on Peidmont Street at thier January 15th meeting. 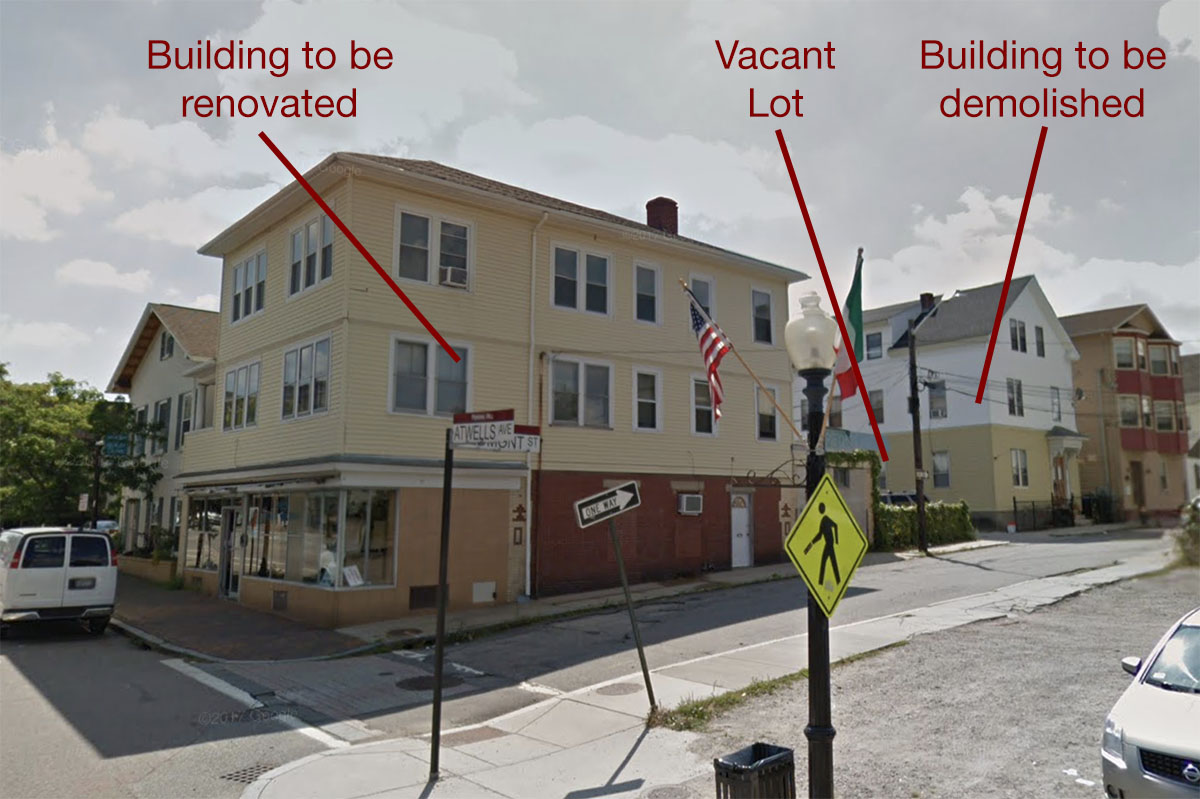 I lament that a building is coming down for this, we have plenty of vacant land, there is a dirt lot right across the street. But, presumably the developer of this project does not own that dirt lot and people can only develop the property they own.

I think the renovations to the existing building on Atwells are an improvement of its current condition, and a vacant lot will be filled in on Peidmont Street (and it looks like a few trees will be planted). The design of the new construction is pretty typical of infill going up in other cities, and proposals we’ve seen for such here (ZDS has a look for sure). I don’t love it, but I don’t hate it. The blank wall along the first half of the building along Piedmont is unfortunate, but it is also an existing condition. Ground floor retail doesn’t often want all walls to be glass, they need walls for merchandising and back of house things.

Overall I think this looks fine and I hope it moves forward. Maybe a renovated/new building on this corner will prompt the owner of the dirt lot across the street to develop it to a higher use than parking.

[alert type=”success”] Download the presentation for this project to CPC. Includes floor plans and elevations.[/alert]

Demolitions and redevelopment in Blackstone, College Hill, and Federal Hill, and zoning changes to be reviewed at the City Plan Commission's January 15th meeting.