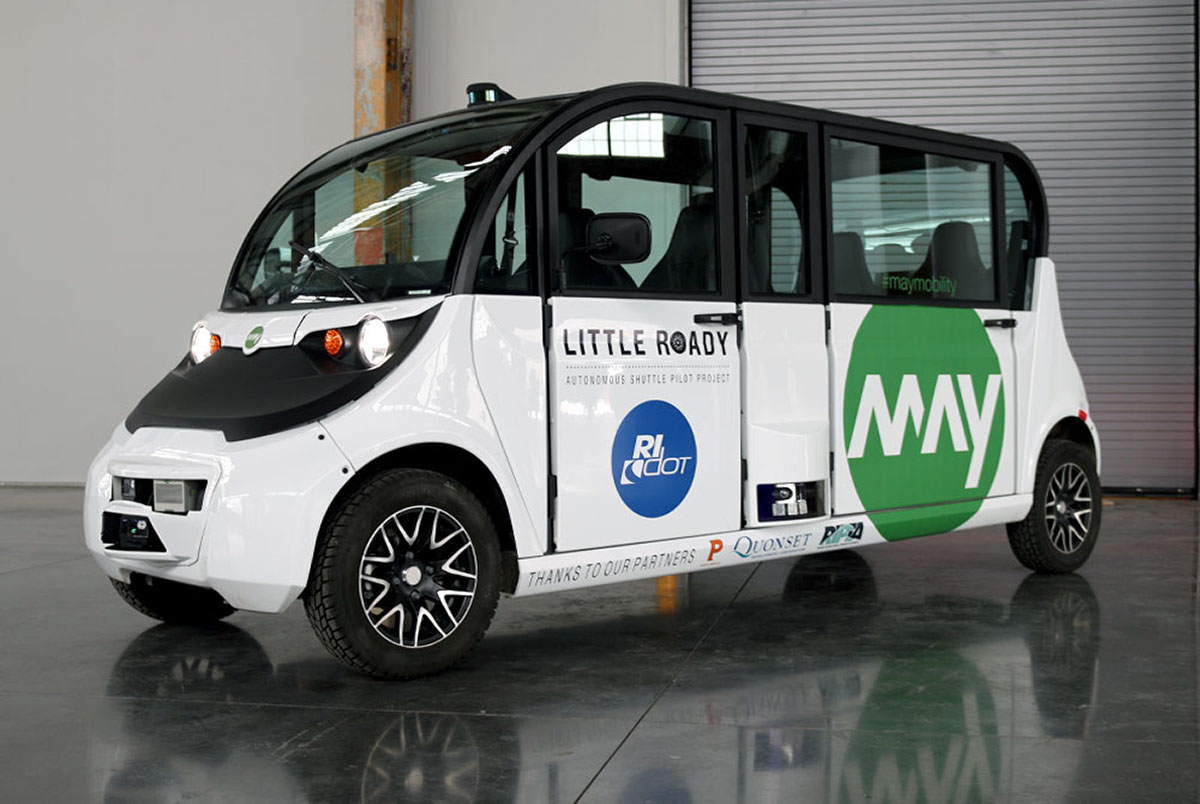 The Little Roady Pilot Project will bring the first self-driving shuttles to Rhode Island. The service, launching in Spring 2019, is composed of a fleet of fully electric vehicles operating on low-speed roadways along the Woonasquatucket River Corridor, which currently lacks transit service. 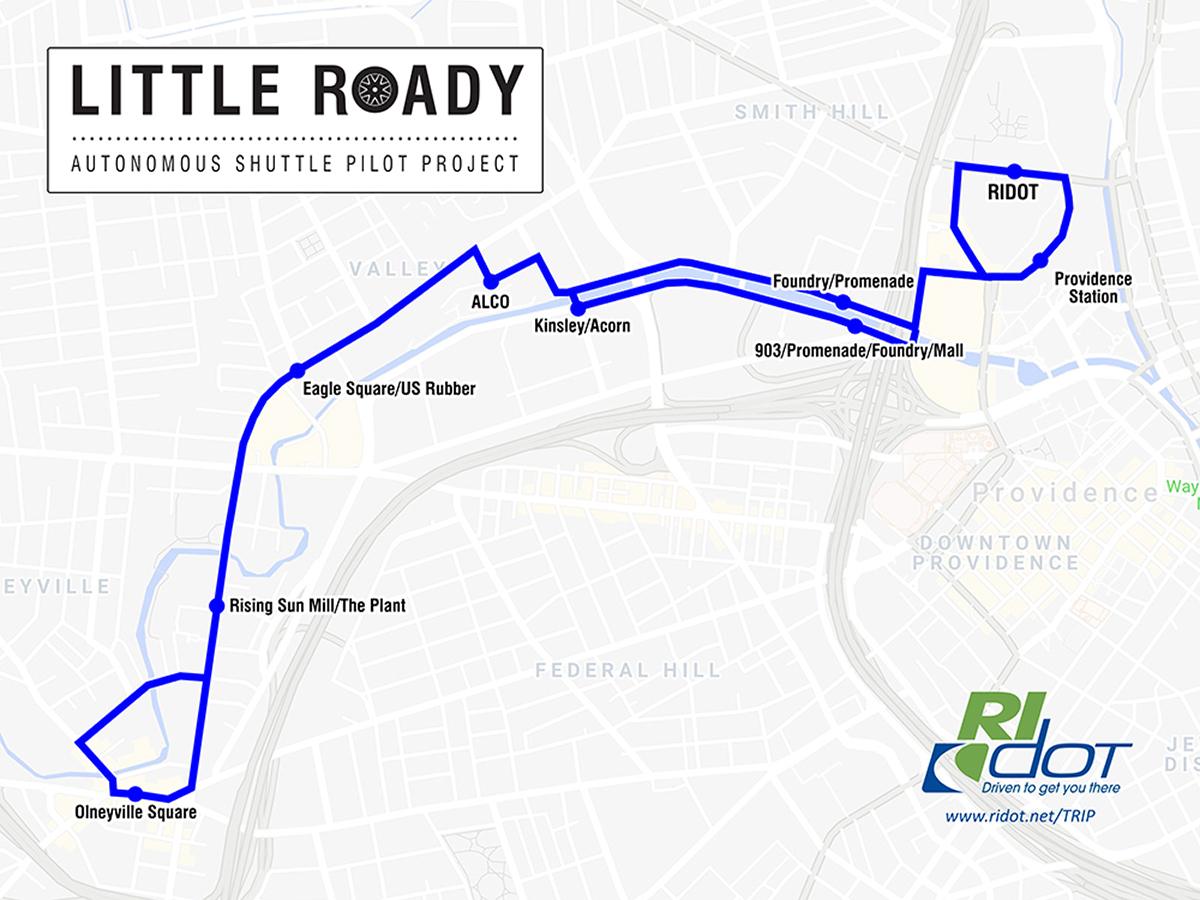